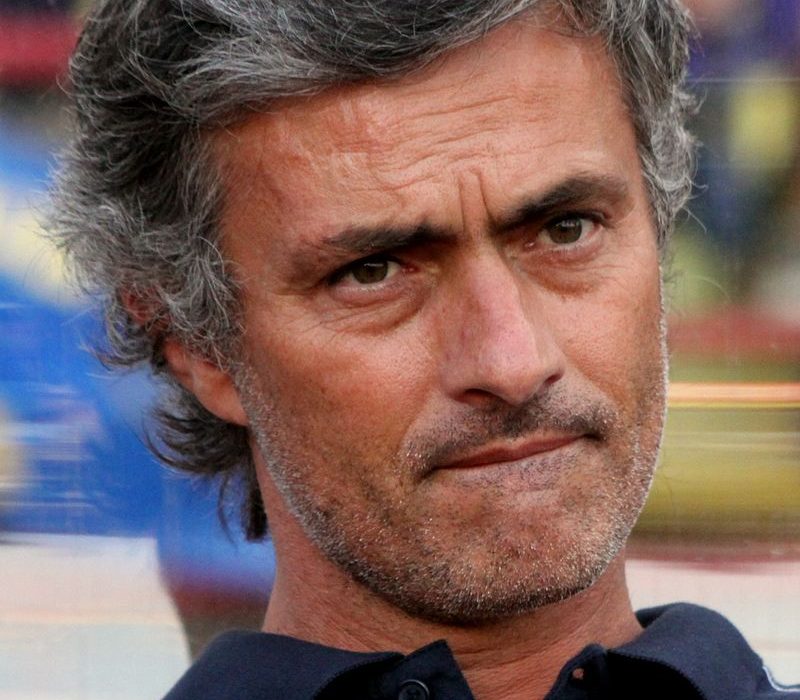 Probably the hardest choice of the XI, Mourinho has managed a wealth of world-class goalkeepers. Vitor Baia, Petr Cech, Julio Cesar, Iker Casillas and Thibaut Courtois have all played for and won trophies with the Portuguese boss, but De Gea trumps them all. He is undoubtedly one of the best in the world in his position, and if he stays at United, he will be a permanent fixture in their goal over the next 10-15 years.

Mourinho recently said there was “no better right-back in football” than the Ecuadorian. Like De Gea, Valencia is one of the best in his position right now. Valencia has been at the club for seven and a half years and counting. This speaks volumes for his consistency, and while Mourinho is still the manager, there are many more appearances to come for United’s Mr. Reliable.

Ramos never lets anyone down. He has been the same for every manager he has played for and is perhaps one of the best defenders ever to play the game. Over the last few years, he has written his name firmly into Real Madrid’s illustrious history. Mourinho began Ramos’ transition from marauding right-back into the complete centre-half.

Terry was Mourinho’s equivalent of Ramos while he coached at Chelsea during two spells. Terry is referred to by Chelsea fans as ‘Captain. Leader. Legend,’ and it was under Mourinho he became recognised as one of the best centre-backs in the world. Terry was the lynchpin of Chelsea’s defence, as he captained the Blues’ to three league titles under the guidance of Mourinho.

Just as Terry was Mourinho’s captain fantastic at Chelsea, Zanetti lead Internazionale by example. Zanetti spent almost two decades playing for the Nerazzurri, and he racked up 143 caps for Argentina in the process. In his time playing for Argentina, he achieved five silver medals, but at Internazionale he regularly struck gold, including winning the treble under Mourinho in 2009/10.

Makelele was so good he had a position named after him. Defensive midfielders have become priceless in today’s game, and it is the Frenchman that they all idolise. Makelele is an icon of the role. Costinha, Esteban Cambiasso, Xabi Alsonso and Michael Carrick, all manged by Mourinho, are also exceptional in this role, but Makelele will always be the commander-in-chief of defensive midfielders.

The greatest player in the history of Chelsea football club. Lampard scored 211 goals when he played in his beloved royal blue, making him the clubs all-time top scorer. When Mourinho coached Lampard, his game reached a whole different level, as he played an integral role in Chelsea’s title triumphs of 2005 and 2006, scoring 20+ goals in each season from midfield. Astonishing.

Hazard is a truly sensational footballer. The Belgian wing wizard is a nightmare for any full-back, he can win games single-handedly, at just 26 years of age his prime could still be ahead of him. Mourinho’s star man won PFA Player of the Year in 2015 – Hazard was Mourinho’s shining light when he won his third title with Chelsea.

Mourinho’s Internazionale were a stubborn, water-tight defensive unit, they always kept the door shut. At the other end, however, they had players capable of making the difference at the crucial time – one of these players was Sneijder. If the Netherlands won the FIFA World Cup in 2010, Sneijder could have picked up the prestigious Ballon D’or in the year he also won a domestic treble, playing under Mourinho in Milan.

Is there anything else left to say about him? Cristiano Ronaldo is any managers dream. The current Ballon D’or holder averages over a goal a game for Los Blancos as he has raced to becoming their all-time top scorer and most decorated player. Mourinho’s white machine in his time in charge of Real was fuelled by the Portuguese megastar, he hit 46 La Liga goals for Mourinho as Real marched to their only title in eight years in 2011/12.

Mourinho’s Swedish striking sensation said he felt like a “terminator” when he played for him at Internazionale. Now the pair are re-united as Ibrahimovic has become Mourinho’s equivalent of when he coached Ronaldo in Spain. Ibrahimovic has took the Premier league by storm, his prolific goal scoring and all round play combined with his brute strength earns the Scandinavian superstar the right to lead the line for Mourinho’s ultimate XI.