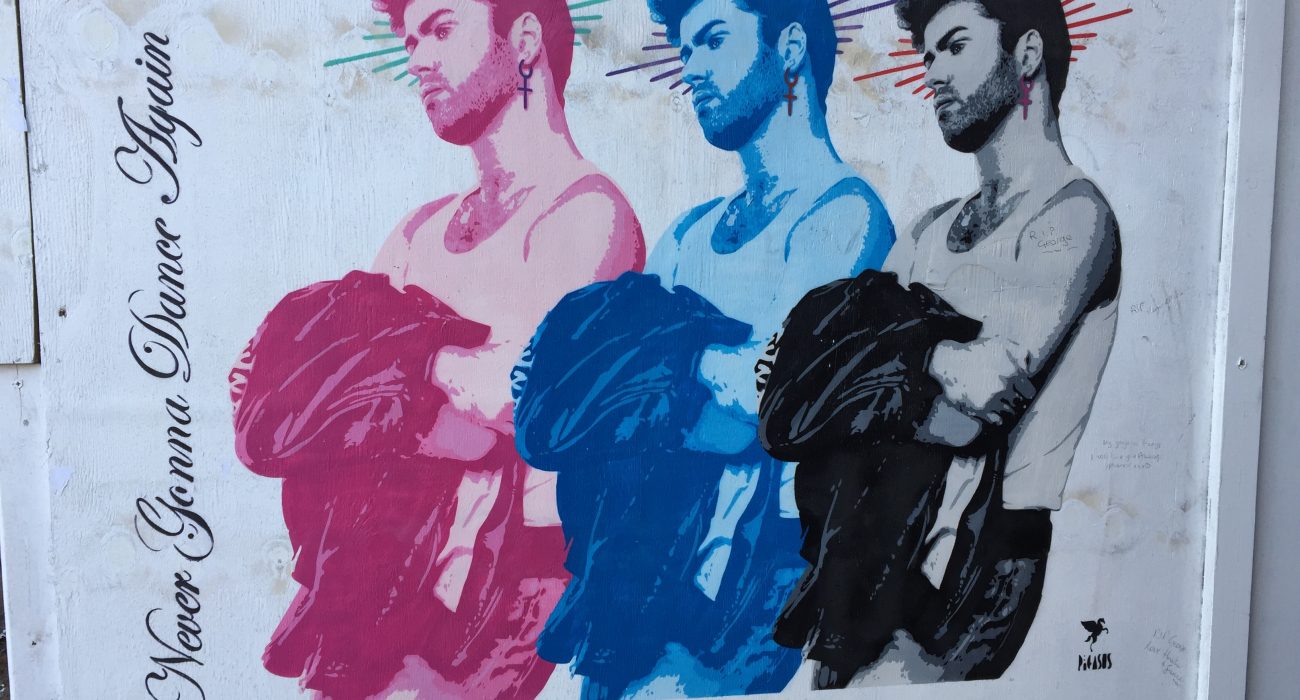 It has become a well worn cliche to state that 2016 saw the demise of some of our greatest cultural icons — from comedic legends like Victoria Wood and Caroline Aherne, to acting stalwarts Alan Rickman and Gene Wilder, to literary icons Harper Lee and Richard Adams. Few areas of the entertainment industry were left unscathed in a year that saw social media feeds dominated by eulogies to dead stars, the subjects of which seem to change on almost a daily basis.

No area of the entertainment industry seemed to have suffered as disproportionately from the ‘curse of 2016’ than the music industry. Beginning in January with the unexpected death of David Bowie, as the year progressed a plethora of musical icons crossed the great divide to play that ‘great gig in the Sky’ — including Prince, Leonard Cohen, Pete Burns and ultimately culminating in the tragic loss of four-time Ivor Novello winner George Michael on Christmas Day.

In fact, 2016 was a profound year of mourning for the LGBTQ+ community — the homophobia-motivated attack on Pulse, an LGBTQ+ club in Orlando, Florida horrified the world and left 49 people dead. 2016 also witnessed the highest murder rate for trans* people in the US, with 27 deaths being recorded by Advocate. Compounded with the global surge of right-wing political factions and the election of openly anti-LGBTQ+ legislators in the US, one cannot help but feel a profound sense that society, whilst continuing to be a dangerous place for LGBTQ+ people to live authentically anyway, is beginning to regress.

The tumultuous political landscape makes the death of trailblazers such as Bowie, whose androgynous image revolutionised the way in which masculinity was conceptualised and navigated in popular music, all the more difficult to comprehend. Bowie was one of the first commercially successful musicians to challenge conventional norms regarding gender and sexuality, and although remaining notably ambiguous about his own sexual preferences he gave visibility and validation to people who didn’t conform to the overwhelmingly heteronormative hegemony of the 1970s.

With the release of Hunky Dory in 1971, only four years after the legalisation of homosexuality in Britain, Bowie introduced a still sleepily conservative society to his androgynous, flamboyant and gender-defying Ziggy Stardust, and in tandem with the emergence of glam rock and artists such as Marc Bolan and Brian Connolly used costume, makeup and  theatricality to defy the conventions of the overtly masculine music industry and pave the way for following generations of musicians and queer icons.

Hugely influenced by artists like Bowie, as well as the punk movement, the 1980s saw an emergence of many gay musicians who, living under the social conservatism of Thatcherism and the shadow of the AIDS epidemic, produced some of the most seminal works of the decade. Frankie Goes To Hollywood (whose ode to gay sex ‘Relax’ was one of the biggest selling singles of the decade, despite massive media censorship), Bronski Beat, Boy George and the late Pete Burns of Dead or Alive (who is perhaps more famous for his stint in Big Brother and his controversial persona than his musical career) all became some of the most celebrated artists of the 1980s.

Although not openly identifying as gay until the late ‘90s, one of the greatest tragedies that befell the LGBTQ community in 2016 was the loss of George Michael. Arguably the most recognisable male musician of his generation, Michael achieved huge success not only domestically but also internationally (including the elusive US markets) throughout the 1980s and 1990s. Equally renowned for his personal life as his musical prowess, Michael was one of pop music’s first megastars to come out as gay and spent the latter half of his career campaigning, supporting AIDS charities, and championing LGBTQ+ causes.

Hounded by the tabloid press throughout the 1990s, culminating in the media storm around his arrest over the now infamous ‘lewd act’ in a Beverly Hills, Michael used the furore around his sexuality as a platform to speak out against the societal prejudices that were still prevalent at the time. An outspoken and articulate critic of homophobia, his loss was mourned greatly by many in the LGBTQ+ community — not just for the excellent body of his work, but also for the content of his character.

With the advent of 2017, and the political landscape starting to look dark for many within the LGBTQ+ community, the loss of icons within the music industry is a hard pill to swallow. The very fact that these people existed within the mainstream media and were visible eased the isolation that many LGBTQ+ teens feel. With few openly gay musicians dealing with explicitly gay issues, or attempting to deconstruct hegemonic norms — as was so prevalent in the latter half of the twentieth century — it seems we will never see the likes of the stars we lost again.