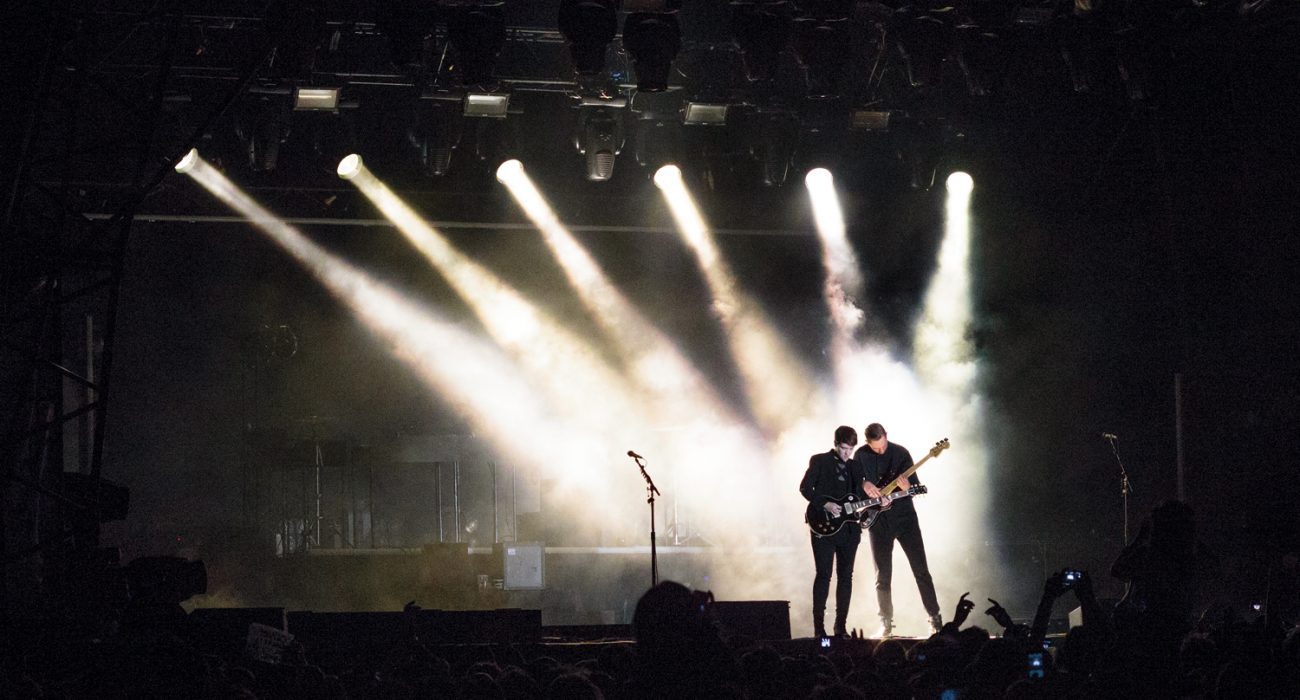 Following a four-year wait for their return to the live circuit, The xx are back. Supporting new album I See You, the London-formed trio may have been tempted to produce an album similar to their first two efforts; The xx and Coexist providing the material that has made them one Britain’s most popular bands.

However, like all strong acts do, The xx have developed their sound on their latest release. Driven now by the fine samples and beats produced by band member Jamie xx, the group promised to be an enticing spectacle as fans flooded the O2 Apollo for the first of two sold-out shows. After experiencing the peculiar yet captivating performance of support act Francis and the Lights, the stage was set for the main act.

A huge roar greets the group as they arrive on stage to play newest single ‘Say Something Loving’, while glistening in the reflections of the rotating mirrors that structure their stage set-up. There is a certain confidence to the trio’s performance as they follow their opener with ‘Crystalised’ and ‘Islands’, two fan favourites from the band’s debut.

The intimate stylishness of The xx’s older material is not lost, however. As the set develops, it is even channelled in newer songs when needed as guitarist and singer Romy Madley Croft plays I See You track ‘Performance’ solo. There is a clear understanding between the three musicians as Romy and bassist Oliver Sim’s vocals intertwine perfectly with the backing beats of Jamie xx. Despite Croft’s assertions between songs that The xx were nervous to be back playing live, the group could not be tighter musically.

The main body of the setlist is overflowing with new material that is met with a positive reception. One couple not so far away in the crowd provide surprisingly loud but tolerable backing vocals for much of the band’s newer songs, with ‘I Dare You’ proving a notable crowd favourite. The xx perform as a group who have perfected their timings into their new guise while mixing old and new tracks. They interact with the crowd when necessary, namedropping ‘The Deaf Institute’ as the first gig they played in Manchester, much to the delight of the crowd who provide deafening levels of applause.

‘Fiction’ from 2012’s Coexist blends effortlessly into ‘Shelter’ before the band cover ‘Loud Places’, a Jamie xx solo effort, as the set begins to crescendo. Admittedly, two out of the three members of The xx perform on the original track, with Croft providing vocals, so it’s not so much of a cover yet is still very much a welcome addition to their live arsenal. The stage is lit up in rainbow colours, providing a gorgeous spectacle before the encore.

The Hall & Oates-sampling defining I See You lead single ‘On Hold’ starts as the group return for an encore, before ending with two of their other biggest hits, ‘Intro’ and ‘Angels’. It is a superb ending for a trio at the peak of their powers. Don’t be surprised if The xx are present for at least one British festival this summer, and if you get the chance, catch them. The xx’s flowing melodies, succinct beats and incredible tightness makes them one of the best British groups of current times.