How technology and widespread media are affecting you right now

It is now 2017 and, unbelievably, the human race is still going. However, life is constantly evolving as the rate of evolution exponentially increases with technological advancement. I know what you’re thinking: this is another boring article about how technology will be the death of us in a Terminator-style inferno. No, I’d rather like to talk about the general effects of this advancement, which you may not have perceived or even recognised.

First things first, we now live in an age where it is virtually impossible to avoid interactions with technology on a daily basis. A smartphone is now considered a necessity, and with access to data roaming, our whole generation walks around constantly zombified by the invisible tendrils of the internet. This has led to some profound changes in both the ways we interact with each other and the ways in which we project ourselves.

On an immediate social level, smartphones have impacted interaction by providing a crutch for people. No longer do we live in an age where, if the conversation isn’t flowing, a horrible crippling awkwardness descends. Now, if no one can think of anything to say, they are extremely happy whipping out their phone and pretending that no one else exists. This, for me personally, is incredibly frustrating, as sometimes I feel like I’m really enjoying a conversation, but once the smartphone is taken out, I really feel like the chatter suffers. Funny enough, most of my conversations these days seem to be revolved around ‘have you seen this?’ followed by someone showing me a meme. This I don’t really have a problem with. But what it means for humanity itself, I do not know. Yet, this is only the surface level impact on the way we interact. In fact, there are much deeper implications and problems with having an almost alternate reality in the hands of every child, teen and adult.

Nowadays, we all share a space on the internet, often seeing the same things and reading the same content. One outcome that is impossible to prevent is that young children and teens are being exposed to adult material and themes. Unfortunately, the disturbing effect of this is that teens are getting into drinking sooner, becoming sexualised earlier, and even getting into drugs earlier. This is because younger people are seeing what the generation above them are doing on a daily basis, and in their bids to become cool and more adult earlier, will indulge in such activities. This effect is impossible to prevent, as most kids have access to social media and can easily lie about their age on the internet. Of course, when I was a 12–13 year old, I spent my time playing Pokemon and wrestling my friends. In 2017, it seems these activities would be considered outright terrible.

The second damaging effect is one of extreme disillusionment over the internet. Everyone, and I mean everyone, has an internet personality. Whether we like it or not, our personalities on the internet are separate from our everyday identities. This is because on the internet, you often project a ‘perfect’ version of yourself, a version in which no awkwardness or mistakes arise; you have time to think about what you want to say, and measure your words to every situation accordingly. Whilst I think this, in some regards, can be a healthy thing for people who struggle to express themselves in real life, it also has the adverse effect of derealisation. Having plenty of online friends and connections on platforms such as Twitter, in place of real friends, could also have negative effects on the social media user, making them feel comparatively lonely when their ‘friends’ don’t speak to them in real life. It also offers a crutch for those who are too nervous to talk to people, as they can simply hop online and send messages stress-free.

Of course, there are many good things that come along with social media and technological advancement. People, generally speaking, are reading more news and are more updated with current affairs. Video games and the vast world of the internet allows those who find it difficult to deal with reality to simply take a break and relax. Not only this, but meeting up and staying in contact with people is now easier than ever; it is far harder nowadays to lose contact with the people you genuinely wish to stay in contact with. With Facebook and WhatsApp and all the other messaging services, your loved ones are only a click away — meaning that not contacting your mum to tell her you’re still alive really is unacceptable these days (still, I do forget most days). In conclusion, the future is unclear, yet it’s not all doom and gloom for humanity! 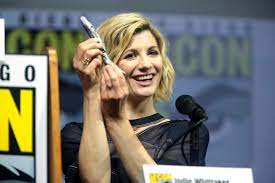