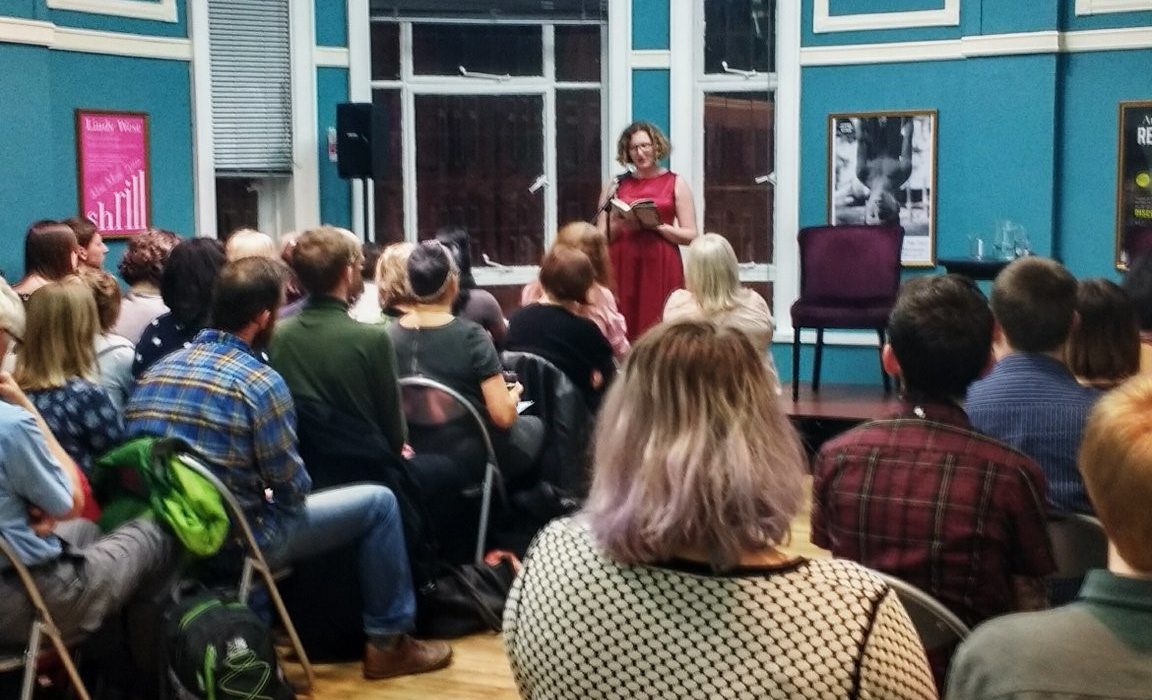 Review: An Evening with Beth Underdown

The example of Manchester’s own Beth Underdown should bring hope to any aspiring authors who face the forbidding prospect of moving back in with their parents while they craft their first literary masterpiece. This is exactly what she did, giving up a “proper job with a business card” at Phaidon Press in London to pursue her writing ambitions, eventually receiving an MA in Creative Writing from the University of Manchester and writing The Witchfinder’s Sister, a literary historical thriller which sets out to re-examine the witch-hunts of the 1640s from a modern, revisionist, unabashedly feminist perspective.

Beth Underdown was in Waterstones, Deansgate, last Friday the 10th of March to celebrate the book’s launch, drawing a crowd sufficient to fully cram the second-floor function room of Waterstones, the largest bookshop in the North of England. Hosted by Kate Feld, the Associate Lecturer in Journalism at Salford University, the event felt like a homecoming: Underdown claimed that half the audience was made up of personal friends, and even took a question from her next-door neighbour. There were, however, still enough strangers for the unflappable staff of Waterstones to sell out of copies of her book within minutes of them going on sale.

In Underdown’s own deprecatory words, the book “has some good sentences”. She read from the first chapter, showcasing her comfortably uncomplicated prose, which was intentionally old-fashioned without straying into tawdry Renaissance Fayre territory. Underdown based her narrative style on the everyday correspondence and ‘commonplace books’ of 17th-century women, and smatters the page with metaphors that fit like a cavalier’s glove: “the devil can enter a person in such a manner that he can be deftly taken out again, like a stone from a plum”.

The book follows the puritanical crusade of Matthew Hopkins, England’s self-styled ‘Witchfinder General’, who was tried for the murders of at least three hundred women between 1644 and 1646, hanging more women than any other witch-hunters in the previous 160 years. Underdown is well-placed to write about Hopkins – her great uncle David Underdown was one of the foremost historians of the period that Beth is writing about – but she gave the very clear impression that this is not a book about Hopkins, but rather the people around him.

“This could very easily have been a book about one man,” Underdown said. “But it isn’t. There will always be men like Hopkins, but he’s not the interesting part, because what actually affects history is the way that people react to men like him.”

This is, perhaps, the main reason why Underdown chose to make Hopkins’ fictional sister into the main narrative character. The novel is, in her own words, “a book about standing up to insidious misogyny”. Her interest clearly lies in exploring how women could navigate and respond to a world where they were persecuted for small indiscretions or deviations from the norm, including the ‘imperfect responses’ of women like her protagonist. She explained during her talk that the women accused of witchcraft in the 1640s were victims of profiling — they were overwhelmingly widows, some of whom were trying to remarry, often living on the charity of the parish, many having lost a child at war or at sea. Others were suspected of witchcraft just because they were literate, or infertile. The English Civil War had led to increased female emancipation: many women had been running their husband’s households while they were away at war. Others marched on to parliament to protest that the war was interfering with their jobs, because “not enough babies were being born.” The character of Alice Hopkins fits this profile exactly: she is an educated, pregnant woman returning to the provincial town of Manningtree from cosmopolitan London after the death of her husband. Perhaps the witchfinding craze was a backlash against this kind of empowerment? Underdown’s book seems remarkably apropos in the current political climate, but she claimed that she didn’t set out with an agenda — despite eerie cosmic coincidences such as her stay in a hotel in Manningtree on the night of the US Elections, where the ghostly finger of Matthew Hopkins turned on the TV at four in the morning to reveal the victory of Donald Trump.

When asked if she’ll write any more books in this genre (her response, “probably by accident”), she hinted at her next project, a pacey late-Victorian whodunit. I spoke with her after the signing, and asked what she thought – in her capacity as a lecturer at the University of Manchester — about recent suggestions that Manchester is the new writing capital of the UK. “It made me smile,” she replied. “I would love to think so. It can only ever be good to live somewhere affordable. You can’t assume that you’ll make a living from writing.” Her advice to young writers? “Try to treat it like a job. Sit down and do it, for fixed hours every day, if you can. Don’t expect a thunderbolt to hit.”