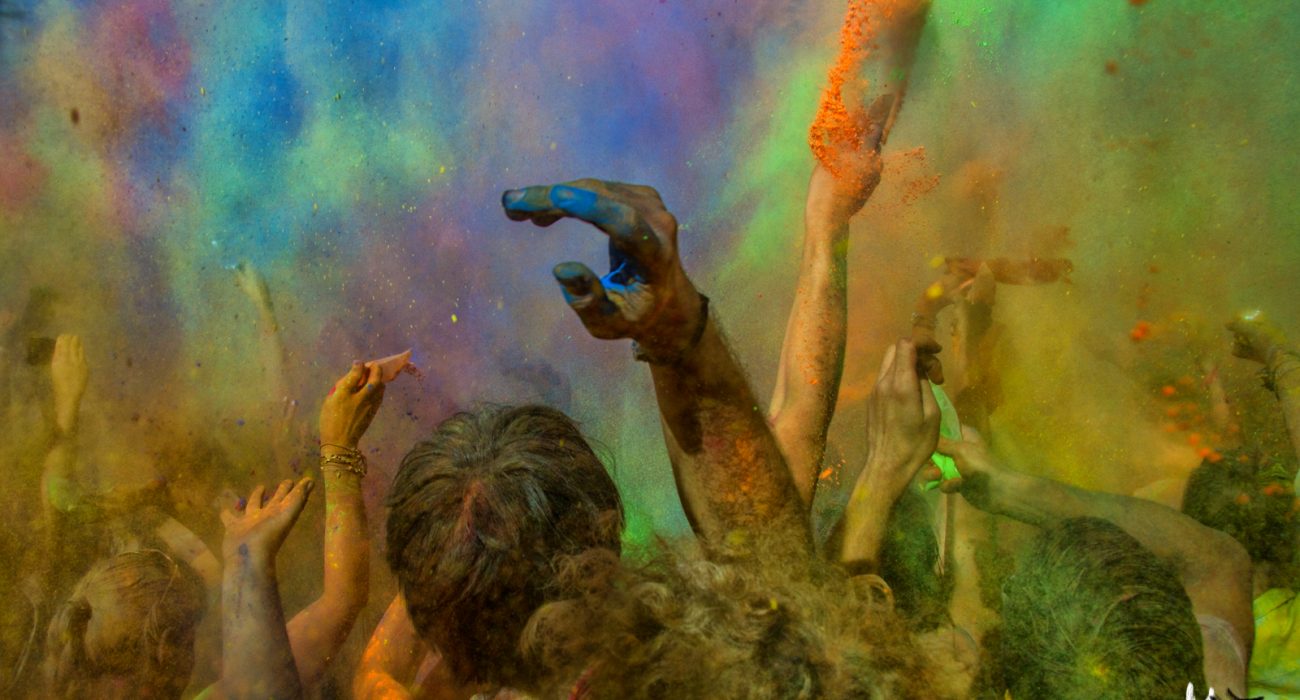 Holi is the Hindu festival of colours and is celebrated around the world from India to Platt Fields Park. Signifying the triumph of good over evil and the return of spring, Holi can be honoured by giving thanks for the harvest, by meeting with friends, mending broken relationships, and throwing paint at each other. In honour of the festival of colours, here are your top 5 rainbow records!

The word “redbone” is a term used in the southern United States to describe someone of a mixed-race background, and is also the name given to hounds with a reddish coat.  The song ‘Redbone’ is absolutely dripping with soul and groovy slap bass taking you all the way back to the ’70s. Alright, it’s not about the colour red, but I love this song and so should you.

Three years ago, I would have written that this song is what autumn would sound like if you transposed it into E minor and played it on a harpsichord. As it turns out, the song is about heroin, which is far less romantic… but it’s still a good song for waltzing to.

If ever a song could be described as “floral”, this is it. Laura Mvula puts her beautiful, understated vocals to a track that sounds like a summer’s day in the park as she urges you to take off your shoes and walk on the green velvet.

4. ‘How Big, How Blue, How Beautiful’ – Florence and the Machine

The eponymous track from the long awaited third studio album from Florence Welch is by no means my favourite, but it’s difficult to not appreciate the lush orchestral arrangement that surges and recedes like waves in the ocean. However, it was not the blue of the sea that inspired Welch, but the blue of the endless Californian sky.

Violet Hill was Coldplay’s first attempt at writing a protest song. Chris Martin said that the lines “carnival of idiots” and “a fox became God” alluded to Fox News. I’m sure that if “Violet Hill” were released in 2017, a certain president would have a lot to tweet about on the matter.