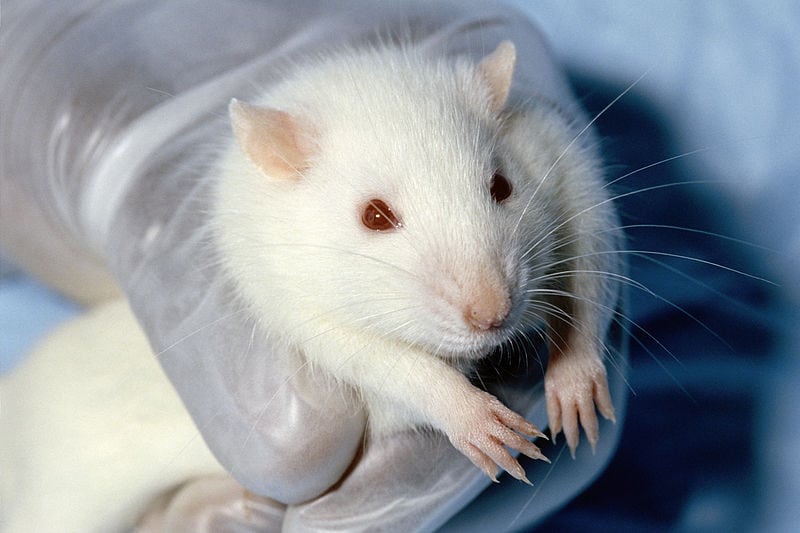 The use of animals in science can be traced back as far as the Ancient Greeks. Since then, huge advancements in science and medicine have been made — something that many scientists argue wouldn’t have been possible without animal testing. As a neuroscientist, I agree.

Despite this, the morality of animal testing has been debated since the 17th century, and in more recent years, animal rights groups have placed the practice under severe criticism, with convincing arguments. But if so many people are unhappy about it, why does scientific research continue to use animal testing on such a large-scale?

A significant amount of the knowledge we have today on the human body’s anatomy and functions can be traced back to animal research. It is a vital part of understanding what happens in a whole, living body. A lot of research can be conducted on cells grown in a laboratory, or on organ and tissue donations, and for most experiments, this is the case. However, certain areas of research are only truly successful when studying a complete, living organism. A prime example of one such organism is the giant squid, from which the basics of the human nervous system were learnt.

But why should humans use animals in this way simply to advance their scientific knowledge?

In using these animals as models of human disease, researchers can explore potential treatments for these conditions. Animal research has enabled us to invent treatments for cancer, eradicate smallpox, and polio, and to produce antibiotics for infections and insulin for diabetics.

There is no doubt that animal testing has improved human medicine. Yet because of this, animal rights activists argue that animals are tested upon selfishly for human benefit, but animal testing does not just benefit humans alone. Animal research has helped produced vaccines for rabies, tetanus, parvo virus, and a multitude of other illnesses in cats, dogs, and other domesticated animals. It can be argued that animal research has improved the health of all living species.

Within pharmaceutical companies, animal testing is viewed as the ‘gold standard’ when investigating the safety of potential new drugs in humans. Asthma, hypertension, diabetes, high cholesterol, depression, and angina are all currently treated by drugs that have successfully passed safety tests conducted in animals. Paracetamol, the ‘go-to’ painkiller, for example, was tested on cats, dogs, hamsters, mice, pigs, primates, rabbits, rats, and zebrafish during its development.

But is this form of extensive testing necessary?

Activists argue there are many alternatives that can replace animal testing all together. For example, computer models are now being used to replicate aspects of the human body by conducting virtual experiments based on scientific data. The alternative use of stem cells has also increased — albeit with its own ethical issues — and innovative devices using human cells called ‘organs-on-chips’ are now being used instead of animal organs.

Scientists are greatly encouraged to ‘replace’ animal testing with these alternatives wherever possible in their experiments, as part of a set of principles known as the Three R’s: Reduction (use the minimum number of animals), Refinement (reduce their suffering) and Replacement (use alternatives). In fact, British law dictates that animal testing should only be used if a suitable alternative does not exist.

In my opinion, total elimination of animal testing would halt both medical and scientific progress. The advancements made in these areas so far would not have been made without the use of animal research. As long as the Three R’s are continually and effectively employed by scientists worldwide, I believe that the morality of animal testing in science cannot be questioned, especially when producing so many benefits to all species.