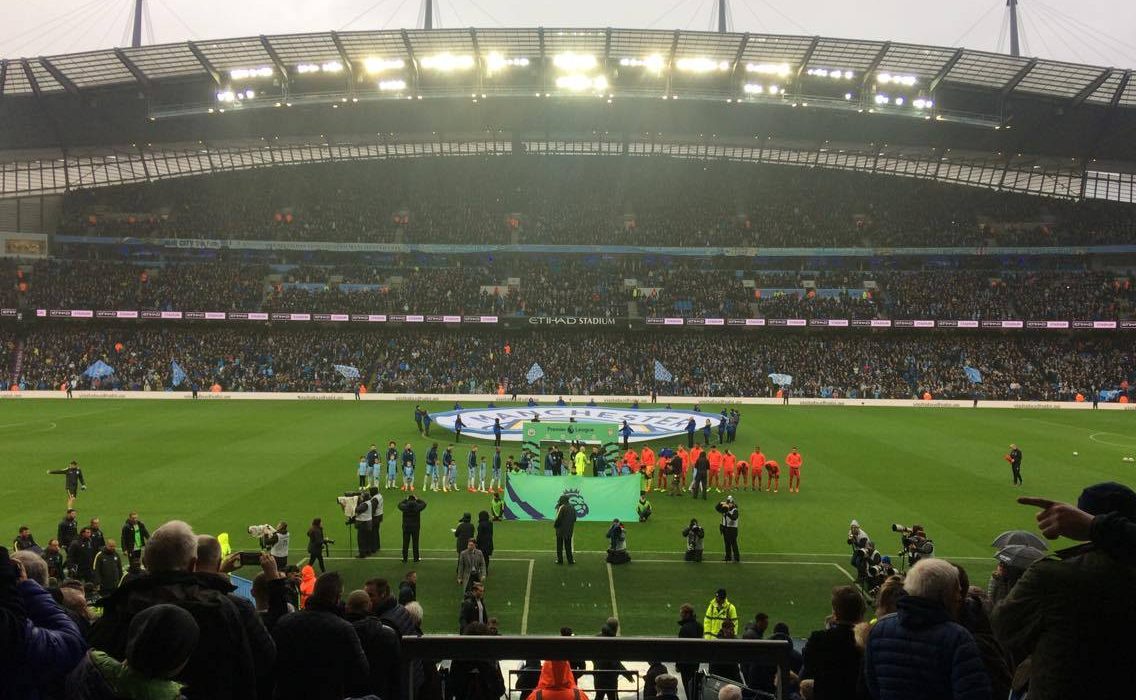 The Rembrandts – I’ll be there for you

If only there was a successful US sitcom called F.R.I.E.N.E.M.I.E.S. so I could use their theme tune – I guess this will have to do. Despite leaving City a couple of seasons ago, James Milner’s position in the hearts of City fans has changed since then. With a few snarky comments, the Englishman turned from hero to zero as he was excessively boo’d by the City faithful all game. In a turn towards the ironically beautiful, he was marking Raheem Sterling all game who was being boo’d by the Liverpool fans all game.

Neither had an amazing game, and both tried incredibly hard to beat the other that it almost worked against their favour at times. Sterling had some beautiful little flicks and sprints that left Milner for dead, but nothing came to a goal, whereas Milner tucked away Liverpool’s goal from the penalty spot.

If you were wondering if the two lads were aware that the crowd had pitted them against each other, then all you need for evidence is the moment when Milner clattered into Sterling in the penalty area. Somehow, he got away with it, and a goal-kick was awarded, but as Leroy Sané drilled the ball across goal, Sterling couldn’t tap it in the net because Milner’s boot was lodged up his

I’ve emailed three drafts of this match report over to my girlfriend, but on each occasion, she’s told me to change my opening line for this section, so looks like you’re getting no dirty pun on City’s goalkeeper this week.

Caballero, despite not saving a beautifully hit James Milner penalty, had a great game making a couple of good saves. One volley from Adam Lallana was hit with venom, but Willy leapt like a salmon to tip the ball over the bar. It’s been a funny old time for Willy at City, as he had a tough start a couple of years ago – not too dissimilar from the start that Claudio Bravo has had – but after some goalkeeper merry-go-round at City, he’s somehow managed to cement his place as the number one. His moment of zero-to-hero came against Liverpool in the Capital One Cup last season after he saved three penalties in the shoot-out… so Bravo for the FA Cup semi-final against Arsenal, right?

You know in the same way that a mother never calls her own kid fat, I will never talk ill of Kevin de Bruyne. But now I will say that the Belgian has been struggling over the last few games for form. It’s the first time in his City career where he’s been hit with a bad run, but he may be playing his way out of it. He delivered an enticing ball across the box for Sergio Aguero to tap in and equalise for City this game, which keeps them in the hunt for Champions League football (and the Title if you’re a beautiful romantic/simpleton).

City may have had a few bad results this year, and haven’t been completely consistent at the back, but there have been so many entertaining end-to-end games under Pep Guardiola. Otamendi and Stones were relatively solid today, with the penalty being the fault of Gael Clichy bundling over Roberto Firmino, but it’s their eye for attack that keeps the end-to-end antics continue.

Mix this in with two of Europe’s best wingers, the magic of David Silva, and the golden Sergio Aguero, and you have a recipe for attack. Add a teaspoon of a high-pressured Jürgen Klopp team, and you have got yourself an end-to-end bonanza of yellow cards, showboating, and… a lot of missing.

It was utterly hilarious, as Firmino beat the City defence (albeit too easily) and played the ball across goal for Lallana to tap into an effectively empty-goal as Caballero was left behind. Instead he scuffed the ball, and fell to his knees.