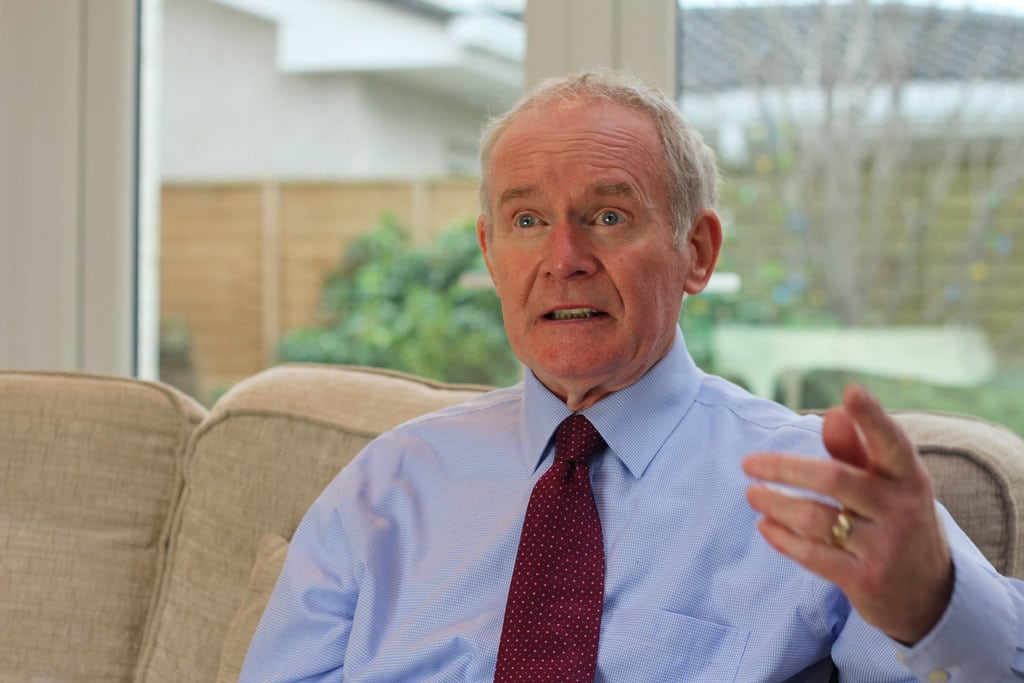 Martin McGuinness passed away this past week at the age of 66. There is no doubt that the majority of the reactions to the news of the death have been controversial. He is seen as either a peace-broker or a dealer in death, but a true historical reflection cannot be restricted to this binary, which seems to have engulfed much of the tabloid media and many social media commentary

It is no question that the former leader of the IRA, the illegal terrorist group, has blood on his hands. At one point in time, he was encouraging violence and murder when the Troubles were shaking the foundations of Northern Ireland. Indeed, aftershocks during the Troubles extended across Britain for decades.

Operation Flavius was arguably a turning point for McGuinness, with his acknowledgement that violent methods had only gotten him so far. Like other terrorists-turned-diplomats in the twentieth century, McGuinness’ willingness to pursue a peaceful solution was vital. Without him, it is quite possible that the Good Friday Agreement may never have happened when it did.

As someone who had influenced terror, and perhaps played a very physical part in it, he was undoubtedly a leader who commanded enough authority to move towards ending the Troubles. Regardless of whether he killed anyone in the flesh, he definitely ordered or commanded acts of mass murder.

The outrage felt by victims of the IRA at the fact that he was never brought to justice is understandable. One can imagine that if they were affected personally by the IRA, they would find it extremely difficult to conclude anything other than this man should have died rotting in a prison cell.

But the life of McGuinness is a tale of two chapters. The fundamental question here for observers to ask themselves is: can people change? Can a young violent radical morph into a mature man of responsibility for the greater good?

Of course, it is regrettable that he never apologised or publicly acknowledged the error of his ways. Perhaps this was because to do so might have impacted on the popularity that he had in republican circles, which he used during the Peace Process.

In the 1970s and 80s, Norman Tebbit referred to him as “murderous scum”. However, the daughter of an IRA attack victim, Jo Berry, provided an intelligent and rare nuanced reading when she said, “I value Martin McGuinness as [an] inspiring example of peace and reconciliation.”

A comparison with Nelson Mandela, the ANC leader who oversaw terror campaigns to end apartheid but then came to peaceful resistance when it became the only credible solution, is often raised. Certainly, in both cases, terrorism and the murder of non-combatants and civilians is not justified. Resorting to terrorism should never be condoned when innocent lives are taken intentionally.

It is extremely rare, if nigh-on impossible, to find instances of justified terrorism. We can condemn the acts of terror that both men committed. It is also too much of an ask to weigh out the crimes committed versus the crimes avoided after these men changed. This mathematical approach would naturally undermine the importance of the issue to the families and communities involved.

What one can do, however, is attempt to take a sensitive and mature response. Reducing the complexities of dialogue to two-sided dogma, picking a side, and covering your ears until the next ice age is not a helpful approach.

In political life, which is not as simple as supporting your favourite football team, there are often instances of dreadful actions that bring about years of instability and other instances of principled actions that bring about a peaceful settlement. After all, it was the then-Prime Minister Tony Blair who presided over the peaceful settlement with Northern Ireland (albeit John Major did a lot of the legwork during his tenure) and then later instigated the invasion of Iraq.

Victims of the IRA have every right to feel indignant, and I am sure that I would have preferred him to have died in a prison cell. One should never blame them for that reaction. But if one must ask, would I take back this man’s change of heart and the years of progress since the Good Friday agreement just to have him die as young as some of his victims did?

The answer is bound to be rational and considered. Despicably, too many lives were taken away at too early a stage, and McGuinness is one of those responsible. But he was equally responsible for being a partner in peace and preventing further violence.

We need to stop judging the lives of every political actor through slogans and statements that do not provide an intellectual, accurate and nuanced approach. A complex life has to be judged in a balanced way, by only making moral assertions after first accepting that people can change in politics — even if we think that their true nature does not.

I fear that there are forces in our society (including social media) that lend to sound-bite analyses that do not properly reflect the full state of affairs.