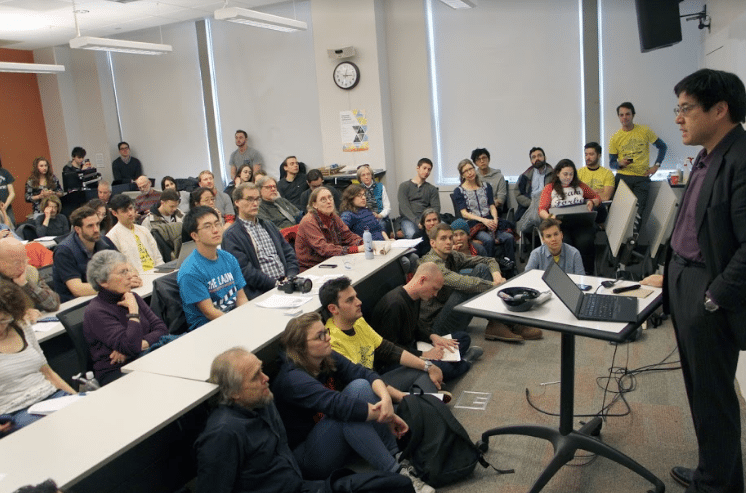 By 1pm on Monday, March 6th, over 500 University affiliates had packed Frist Campus Center. By the end of the day, 64 teach-ins had occurred, 13 University and community organizations had promoted their respective causes, and nearly 1500 people had participated in the campus-wide Day of Action, according to organizer Sébastien Philippe. A fifth year Ph.D. candidate in Mechanical and Aerospace Engineering, Philippe is also president and co-founder of Princeton Citizen Scientists, one of the two student groups who hosted the March 6th event.

The group banded together shortly after the November elections, when “it was pretty clear that there was a need for a renewed civic engagement,” Philippe said. The organization was “organic,” Philippe explained, because he and fellow students were looking for ways to process and move forward.

“People kind of came out of this election pretty shaken-up,” he said. Princeton Citizen Scientists is a group of about 40 science, engineering, and social science graduate students who aim to address the current political discourse with their expertise.

“We, as scientists, have important contributions to add to the public debate and the public discussion of scientific legislation,” Michael Hepler, a 4th year graduate student in Mechanical and Aerospace Engineering and another co-founder of Princeton Citizen Scientists, said.

In fact, there’s a very long tradition of that kind of contribution at the University. In 1946 the University started an organization called the Emergency Committee of Atomic Scientists. The committee was founded by Albert Einstein and other scientists in the interest of warning the public about the dangers of nuclear weapons.

Today, Princeton Citizen Scientists seeks to raise awareness of those same nuclear security concerns, as well as issues like climate change. To that end, Hepler said their objectives are educating themselves as scientists on how to be better advocates, reaching out to policymakers, and finding ways to reach out to the general public.

The Day of Action addressed all three of those goals, with teach-ins on topics like “Science in the Public Sphere: How Can We Increase Non-Expert Engagement with the Knowledge and Values of Science?” and a Science communication and education workshop.

“In order to talk about science, we can’t just talk about it in a vacuum,” Hepler said. “We need to connect it to the other social issues that are dividing us as a nation and as an international community.”

Philippe agreed, noting: “We never really take the time to pause our daily activities and engage in meaningful discussions and learning experiences on subjects that are not necessarily the ones that we are most familiar with.”

“Everybody was listening,” said Robert Socolow, professor emeritus of mechanical and aerospace engineering. Socolow gave a talk, along with two other professors, entitled “Making Progress on Climate Change Policy in the Next Four Years.”

He celebrated the day as “sustaining University values in this country, which are under threat,” describing these values as a “complete search for truth and willingness to correct error, to listen to challenges.” Those values were not only the aim of the lecture, Socolow said, but were also embodied in the way people interacted afterward. “I think this was the goal of March 6th. We learned a lot from the other disciplines, and that’s really important as we move forward,” Philippe added.

Looking ahead, the scholars plan to travel to the March for Science in Washington, D.C., on April 22 to rally for, in part, the importance of evidence-based policy. Prior to that, they will host a teach-in on why scientists should be engaged in the policy process.

“One of the goals of Princeton Citizen Scientists is to kind of train young scholars and to kind of open paths for them to join government or NGOs,” Philippe said.

Michael Oppenheimer, professor of geosciences and international affairs, and another of the contributors to the “Making Progress on Climate Change Policy” discussion, emphasised the importance of students’ involvement.

“Despite the fact that, in some senses, the political atmosphere is grim, and there are indications that are explicit that the administration would like to reverse the environmental progress that’s been made over the last four to eight years, students have the opportunity to have their voices heard,” he said.

“It’s our responsibility as young scholars to rise up and start working, and use our knowledge… to reach the public ears,” Philippe said. 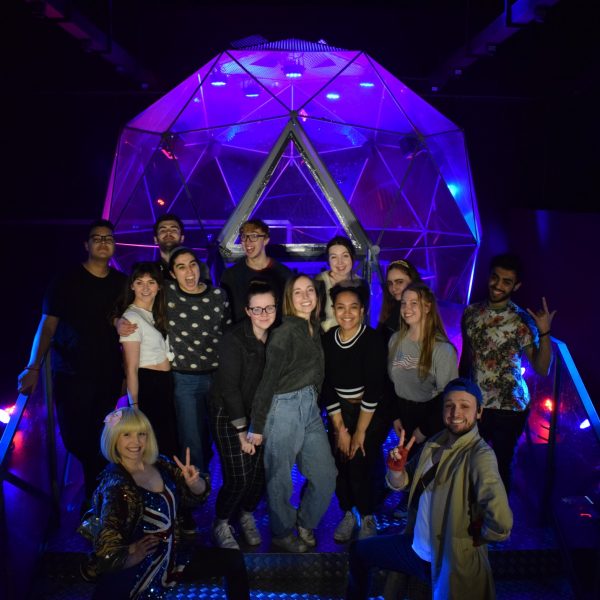