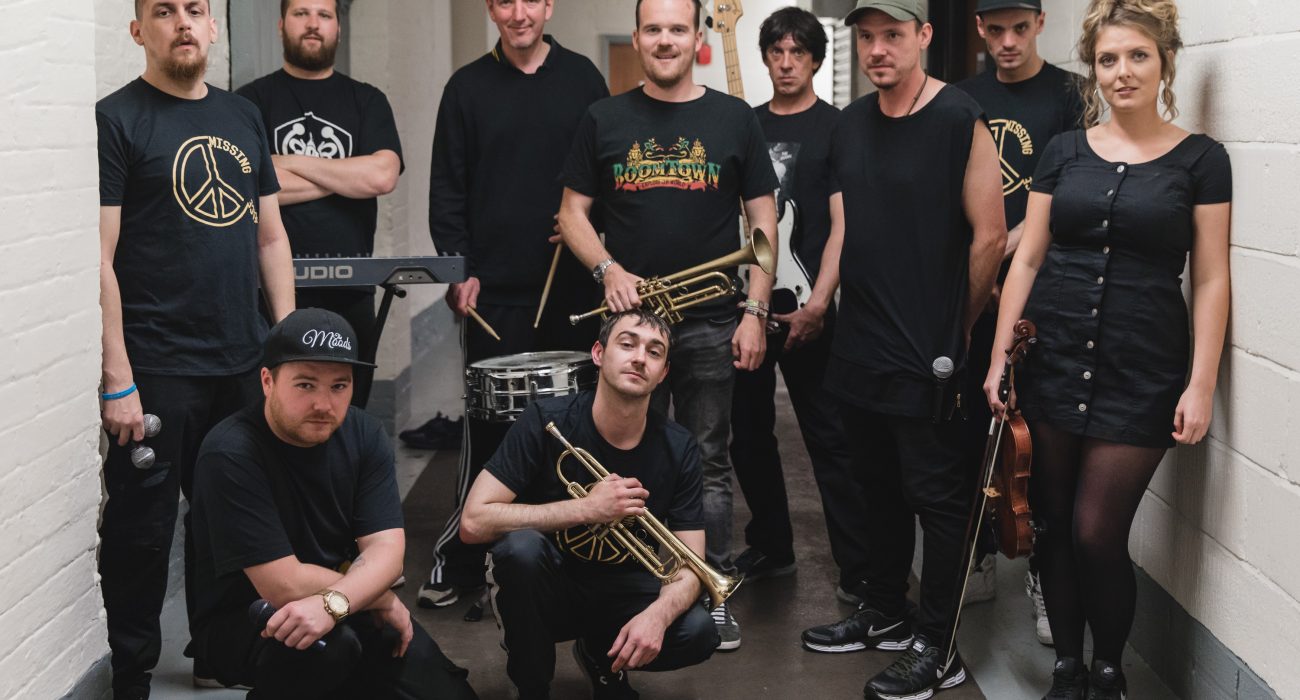 The Moods are not like anything you’ve ever heard before. The 9 piece Manchester group who have been around since 2014 combine elements from electronic, reggae and rap music to create something rather spectacular. They have managed to establish some of the most original music to be on the Manchester music scene currently.

Their new album Missing Peace is released on the 29th of September. The Moods are kicking this off with an album launch at the iconic O2 Ritz in Manchester on the 8th September. This is being followed by a huge 15 date UK tour stretching through till November.

Missing Peace gets going with ‘P.O.P (Profit over People)’. Its up-beat and fast paced nature sets the bar for the rest of the album; they are very clear about their message and what they stand for right from the start. The group cover a huge amount of topical and political news, discussing things like police brutality, inequality and homelessness that surrounds the world, such as in the lyric: “The Government we trust hangs us out to dry, the system is corrupt we can’t disguise the lies.”

This trend continues as the album is full of crisp beats, synths and crashing symbols such as the like of ‘Black Triangle’ and ‘Speaking in Tongues’. Missing Peace is filled to the brim with cleverly catchy thought out rhymes sprinkled with beautiful melodic tunes. Each track has a completely unique feel from the previous, and it is clear The Moods have experimented with a range of techniques throughout the album, which generates an element of excited uncertainty.

The Moods released lead single ‘Joy’ from their album earlier in June which was the soundtrack and inspiration for a short film, that was produced and filmed around Manchester. The emotional film which can be found on YouTube; it stars singer and actor Steve Evets who plays a man who is tragically killed, and shows the effect his death has upon others.

The album finishes with title track ‘Missing Peace’ opening with familiar reggae sounds and trumpet riffs running through the entirety of the track; remixed with super sonic lyrics is a lovely mixture of the unusual but strangely entrancing.

This album has struck the right balance to inflict the listener with their messages, made by the people, for the people. Not only this, they have created infectious rhythm and to anyone listening will make them lose themselves in the music.