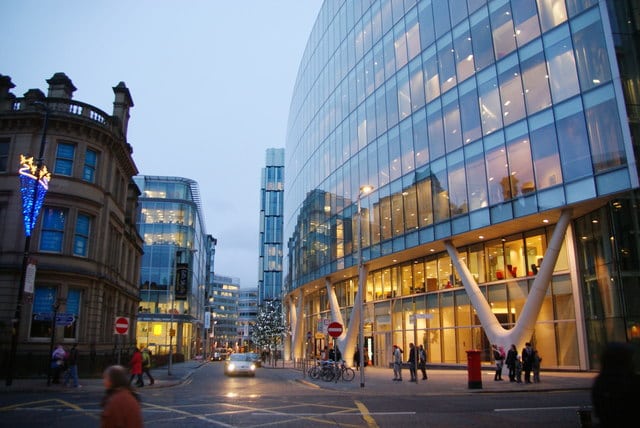 Manchester is one of the best cities in the world for startups, a new study suggests. While the UK still ranks the 8th most entrepreneurial country in the world, a new analysis finds that Manchester is its biggest driver of business growth, after Brighton.

In a surprising study conducted by office space broking company Instant Offices, the city of Manchester has the second highest rate of business growth, proportional to population size, in the UK.

Speaking to The Mancunion, Greater Manchester Mayor Andy Burnham revealed aims to overtake Brighton. “We’ve got a very vibrant digital and tech sector, like Brighton, but ours is really growing quite fast. Our aim should be to be the top. We want to be the UK’s leading digital city.”

Burnham believes his ambitions to make Manchester the UK’s leading sustainable city will encourage small business growth in Greater Manchester: “The Green City ambition is part of building a modern economy. If we are going for a low carbon future and accelerating the speed with which we’re getting there, I’d argue that we’re making the [Greater Manchester] economy attractive as a place to work.

“It’s about having a clear vision on low carbon, digital sustainable living as an attractive place to live. Manchester doesn’t like being second-best at anything, and our aim is to be the most entrepreneurial and most vibrant.”

London, meanwhile, only ranked as the 12th most entrepreneurial city in the UK.

John Williams, Head of Marketing at Instant Offices, persisted in a public statement: “According to many ranking systems London has been hailed as the greatest city in the world… and for entrepreneurs, in particular, the capital continues to be an international draw with relatively low corporation tax, an ever-growing pool of talent and strong global client base.

“You cannot put a price on its vibrancy and the collective buzz that drives business, perhaps more than in any other time in its wonderful history.”

Contradicting this, the results of the new study suggest London is no longer the focal point of British entrepreneurial innovation. In 2017, both Nottingham and Leicester experienced 50 per cent higher rates of business growth than the capital.

In response to the headliners of the study, Williams said: “I can understand the appeal of Brighton and the south coast of England.”

Williams did not acknowledge Manchester. The accreditation he gives to the south coast of England stands up poorly considering out of the 15 leading entrepreneurial cities in the UK, only two cities lie in the South of England — Brighton, and Bristol, which stands in 8th place.