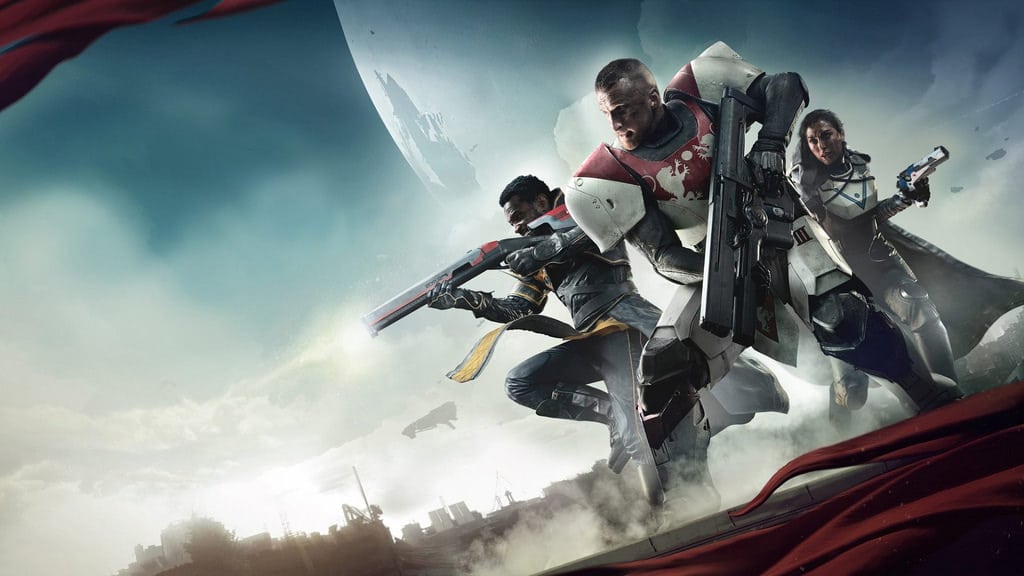 For someone who sunk so many hours into the first Destiny game, I was surprisingly indifferent to the prospect of returning to Bungie’s first-person-shooter-meets-RPG-meets-MMO universe.

This is almost entirely down to Destiny’s failure to present any one of its attempted facets as fully formed. Disagreements during development meant huge portions of Destiny’s story mode were dropped or rewritten, leading to a chaotic Frankenstein’s Monster of a narrative; badly cut apart and sewn back together.

As well as this, the MMO element was often frustratingly hollow and the class system didn’t quite do enough to diversify combat roles. It left the game feeling like a confused teenager, lacking any clear identity and woefully unsure of its place in the world. Perhaps the greatest praise I can give to Destiny 2, then, is that it made me regret spending so many hours on what was — in comparison to its successor — such a threadbare Destiny experience.

One thing that was never a complaint for Destiny was its gunplay, and I’m thankful to see that hasn’t changed. Unsurprisingly for a game from developers with such experience with first-person shooters, killing things on Destiny 2 is an absolute blast.

I think what makes the combat such a continuous delight is that, thanks to brilliantly designed feedback mechanics and striking, throaty gun sounds, every single one of the game’s many weapons simply feels powerful. The gameplay even manages to feel adequately smooth and responsive despite Destiny 2’s cap of 30fps — a comparatively low frame rate considering other console shooters such as the Call of Duty games run at 60fps. Whilst this will certainly be noticeable to players who care about such things, my experience with Destiny 2’s gunfights was so thrilling that the issue never once entered my mind… after an initial 20 minute period of adjustment.

Destiny 2 has also altered the way in which you acquire some of its content, to become the latest in an ever-growing list of sleazy developers who incorporate micro-transactions into full priced titles. It’s slightly redeemed by the fact that the rewards in these bundles (armour and weapon shaders, hover-bikes, weapon mods) are obtainable through regular play, but the transparent greed betrayed by the addition of micro-transactions still casts a disappointing shadow on Bungie’s otherwise much-improved IP. 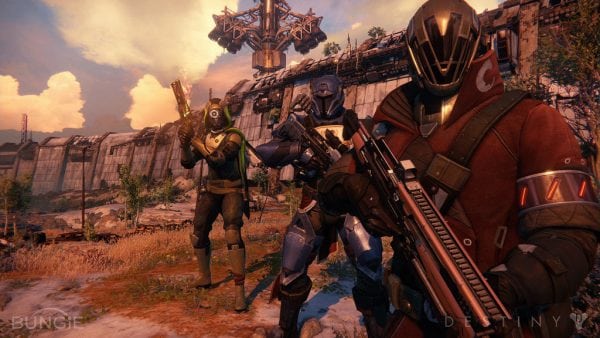 Undoubtedly the first thing that struck me about Destiny 2’s story missions is that this time, Bungie had actually given me some story to go with my missions. I don’t think it’s an exaggeration to say that there are more cutscenes in Destiny 2’s first 20 minutes than the entirety of the first game. The story mode even features some memorable characters (a phenomenon completely absent from its predecessor) such as Cayde-6, a wisecracking Android who Bungie made sure to show off in advertisements in a bid to assure us their blockbuster space romp has some personality this time round.

And why not? Credit where credit’s due here — Cayde brings a touch of Borderlands-esque silliness which punctuates the serious narrative just enough to prevent it from becoming overbearing.

I don’t want to overstate Destiny 2’s story, though. Whilst it is indeed a lot of fun, it’s a rather forgettable sci-fi experience; the roughly 10-hour campaign sees you embark on a struggle against the Red Legion and their leader: a cruel, masked villain (Darth Vader, anyone?) with a giant planet-destroying spacecraft called the Death St— sorry, the Almighty.

The accompanying musical score, on the other hand, is anything but forgettable. The composers behind it succeeded in perfectly setting the tone of the campaign; ranging from beautiful, orchestral scores to enforce to the heart-pumping, electronic tracks for the more action-packed sequences. 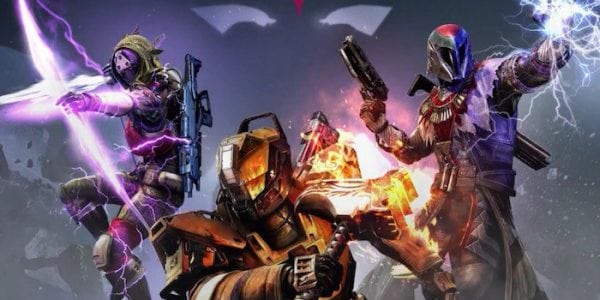 It’s a testament to the things that Destiny 2 gets so incredibly right that the laughably easy story mode never becomes too tedious to be enjoyable, and it is laughably easy; there were missions where even the expertly crafted combat mechanics and soundtrack weren’t enough to distract me from the fact that fighting a horde of the Red Legion’s most elite troops felt more like a fly-swatting simulator than an epic struggle for humanity.

The hardcore fanbase of Destiny 2 will tell you that the truly rewarding experience doesn’t begin until the campaign is finished, and I’m inclined to agree. Upon finishing the main storyline, I was the max level of 20, but my ‘power level’ — a number rating indicating how good your weapons and armour are — was only 200 out of a maximum 300. Indeed, viewing the story mode as one long, elaborate tutorial is perhaps the only way to explain Bungie’s decision to make it so effortless. Regardless, if you’re a player primarily interested in the story of Destiny 2, or you value difficult gaming experiences (that don’t require 10+ hours of play to unlock), this is something worth thinking about before you buy.

The question, then, is whether Destiny 2’s post-campaign content is substantial and rewarding enough to justify Bungie’s apparent decision to position it as the main body of the game. Having finally put in sufficient hours to experience the Nightfall strikes (difficult 3-player co-op missions that require a power level of around 240+ to unlock) and the new Leviathan Raid (a much longer mission requiring a power level of 260+ with bosses and puzzles that necessitate teamwork amongst 6-player squads) I feel I can confidently answer in the affirmative.

Of all Bungie’s improvements to their IP this second time around, their overhaul of the way in which players grind for loot post-campaign is by far the most welcome. Pre-DLC, the end-game grind of the first Destiny was a mind-numbing slog of repetitive resource gathering for which you received a frustrating trickle of power-level-raising loot. Destiny 2, on the other hand, offers no shortage of methods to obtain this loot.

Each planet is teeming with side quests and  their own post-campaign quest lines which feel just as thoughtfully designed as the main story itself. There are daily challenges and weekly ‘milestones’ to meet which encourage you to partake in all of what the game has to offer. This includes the Crucible, Destiny 2’s PVP arena which — despite suffering some slight balancing issues – sports a wider variety of game modes than its Destiny counterpart and offers players who aren’t crazy about PvE a viable alternative to grind for post-campaign rewards.

Destiny 2 marks Bungie finally delivering on their grand promise for an open-world first person-shooter MMO. Players have been given something previously missing from Destiny: a universe that players actually care about, and thus a reason to keep coming back for powerful gear that will let you kill stronger enemies for even more powerful gear. In short, Destiny 2 feels like the true beginning for Bungie’s ambitious vision.

Review copy of the game provided by Activision.