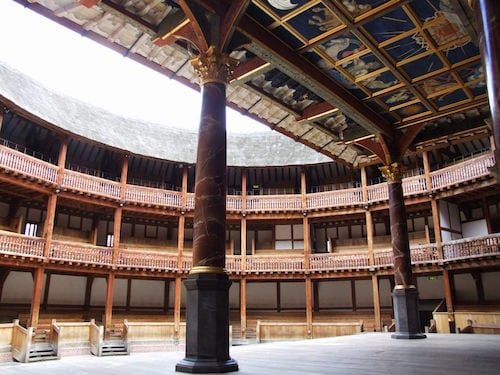 Opinion: We need to talk about toilets

Flagship BBC Radio 4 arts programme Front Row is coming to TV this month, and whilst this should be a time for celebration (the arts! On TV! Where everyone can see them!), this week its presenters have come under fire for their complaints about the state of British theatre. Not the lack of diversity on stage and in the audience, nor the insistence on an annual revival of Hamlet, but the practicalities of going to the theatre. Long periods of action without an interval, for example, uncomfortable seats, and inaccessible facilities.

This has caused outrage amongst critics, with the most vitriolic decrying the criticism as “lightweight” and “f*cking outrageous.” Mark Shenton of The Stage at least admits that, “yes, these matters sometimes vex professional theatregoers too,” but argues that “the rewards far outweigh the inconveniences and irritation.”

But is this the case for all theatre-goers? For disabled patrons, accessibility is vital, rather than merely an inconvenience and irritation. For parents and shift-workers, it matters that theatre timings can be restrictive. These things are part of the theatrical experience, not just what takes place on stage. To be able put them aside is a privilege, not a default position.

There was snobbery around the reactions as well. BBC Media Editor Amol Rajan, one of the presenters, mentioned going to see Dreamgirls and School of Rock, and that his favourite theatre venue was The Globe. Theatre Twitter promptly tore into him — as if musicals are too mainstream for a critic, and The Globe too obvious.

The job of a critic is to communicate their assessment and opinion of a piece of work — not to be a gatekeeper of taste. The complaints show these critics to be out of touch, and exemplifies why theatre comes across as so clique-y from the outside: if your tastes aren’t niche enough, you’re not a real theatre-goer.

Speaking to students about theatre issues that concern them, one of the things that came up was often that students must go to the theatre on their own because they can’t get anyone to come with them. How are you supposed to find someone to go to theatre with you, when most of your friends think of it as stuffy, long, and old-fashioned?

Another Drama student mentioned that his mum had never been to a play that did not have him in it, and that many of his friends felt excluded from theatre. The theatre can be an off-putting place, and rather than berating the presenters for their comments we should instead look to why theatre seems so determined to be stuck in its ways.

These are important issues, not petty ones, and we should care about them if we want to keep audiences coming in. Future theatre makers will need to deal with these issues if they want to keep it alive.

It is vital that the theatre continues to become more diverse — to invite theatre makers and audiences to be part of work in the spaces — but maybe all theatre producers need to do to get audiences in is make the toilets more accessible.