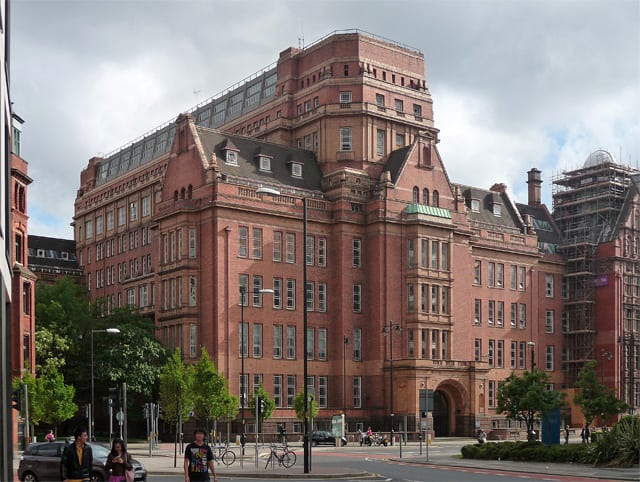 Faculty of Science and Engineering criticised over merger

Schools in North campus are to be combined and streamlined which has angered many students taught in them.

On the 10th of May 2017, Naa Acquah, previous General Secretary, posted a video on Facebook addressing students from the Faculty of Science and Engineering (FSE). She asked for their thoughts on the FSE review and the likely merger of the nine schools.

“That’s when it all kicked off,” says Emma Atkins, Education Officer.

There were two options for students to consider. Naa stated that the first option involved “going from nine schools to three schools.” This would include a school of engineering with “MACE, EEE, Materials, Chemical Engineering, and Analytic Sciences all in one.”

The second, “names to be decided,” would be of Chemistry, Physics and Astronomy, Earth and Environmental Sciences. Finally, there would be a school of Mathematics and Computer Science. “Those would be [the] three schools.”

“Four schools would involve a smaller school of engineering,” (MACE, EEE, and Materials), “a school of Physics and Earth Environmental Sciences, a school of Chemistry with Chemical Engineering and Analytical Sciences, and a school of Mathematics with Computer Science.”

The possibility of a merger was immediately criticised by students, who reported their feedback to the Dean of FSE, Martin Schröder. The report highlighted the weaknesses of the merger including concerns of a “loss of the unique nature and independence of some courses; which for some students was a key reason for choosing Manchester.”

Many also disapproved of being left in the dark throughout the review process, having only heard of the likely merger through Naa’s informal Facebook post.

Emma Atkins stated:  “Students were not intentionally left in the dark. The review was first discussed in University Senate and a consultation form went out 16th March until 29th March.”

With only 157 responses, the Students’ Union asked for the consultation to be re-opened. The senate dismissed this, stating in their minutes they “would continue with consultation via other mechanisms throughout the review.”

The release of the consultation and Naa’s original post referred to a “wealth of data” being considered in the review but failed to outline how the changes would impact students and staff. The consultation itself asked students and staff “how effective” their schools were in relation to the research/ teaching and learning and social responsibility goals “outlined in the Manchester 20/20 strategy.”

Emma Atkins attributes the Exec team’s lack of action to the “open and vague” nature of the questions. She said, “for FSE it was never clear what feedback they wanted […] and we didn’t want to confuse students when we didn’t have the information ourselves.”

After sending the feedback report, students were told to expect the full report from the Dean of FSE from the 28th June. The Educational Engagement Manager, Lisa, who works with student reps, said she was “sure no decisions had been made yet” but did not have a copy of the report. This was also the case for students from the FSE.

Despite not being 100 per cent certain, Lisa said: “the current situation is that the group have written an analysis of all the pros and cons of how everything works in the faculty and this has been sent to the Dean of the faculty who will decide on his next steps.”

Emma Atkins criticised the actions of the FSE: “we assumed FSE were doing their job.” The FSE apparently failed to notify students and student representatives despite showing concern over the review’s lack of transparency.

Emma went on to criticise the lack of student focus groups throughout the process, adding that Alex Tayler, current General Secretary, is currently setting more up. According to Emma, “when we’re in charge of feedback for students it goes well.” In previous cases, the exec team have arranged better feedback mechanisms.

Lack of student and staff involvement left many worried about their future at The University, particularly as meeting the 20/20 strategy recently resulted in over 150 staff cuts. However, Emma Atkins believes the likely changes are purely administrative and “students won’t have to change courses or share their space with other schools.” However, once the full report is made available to students, The Mancunion will review whether the merger is compliant with the Competition and Markets Authority (CMA), and its impact on current and future students.