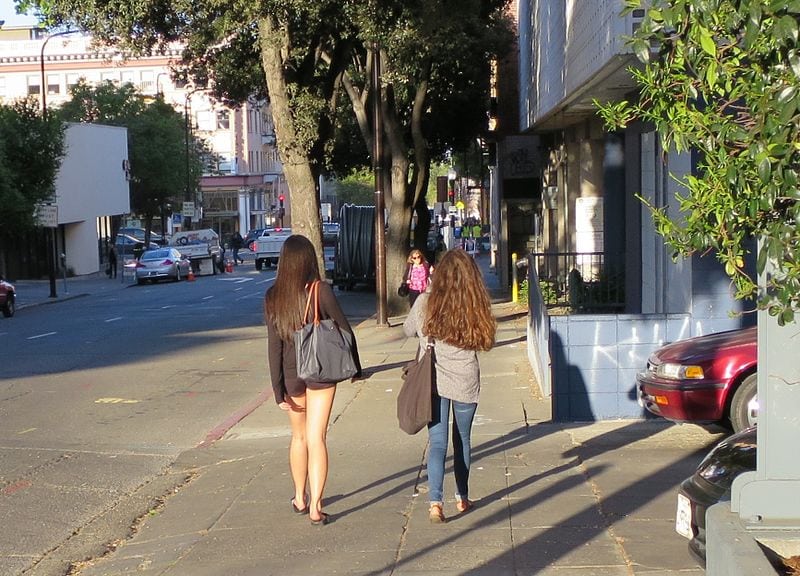 I suppose I need to make some clarifications at the start of this article. Marlene Schiappa is the Secretary of State in charge of Equality between Women and Men in France. She recently appeared in the news because of a new proposal: banning street sexual harassment and punishing it with a fine.

By street harassment, it should be clear that we are not talking about flirting or harmless compliments, but of harassment defined as touching without consent, following, wolf-whistling, and repetitively pressuring someone who has no interest.

By no means is it Schiappa’s goal to end every social interaction in the street. She has said, “Talking to someone and asking for [a number] will not be considered harassment.” So if you still think that harassing someone is the only way to get their attention, just step up your game and learn to read basic human feelings.

Of course, critics didn’t wait to make their voices heard. Gilles-William Goldnadel in the Times of London said that it would be a ban on “heavy Latin chat-up lines.” So I guess his game is weak if he thinks chat-up lines still work on someone, but this is not the point.

Another criticism of the idea was made by Agnès Poirier, in the Guardian, in her article: “Frenchmen need educating, not fines.” In the article, she defends the idea that the best way to fight sexism is through education which fights the causes of the problem, not by fines which fight the consequences of sexism.

While her argument makes sense, I have to disagree. The end of her article simply states that: “It takes parents to educate their sons to respect women and see them as equal…” Right, and murder and violence, in general, can be stopped as soon as everyone has loving parents ready to spend the time to explain basic human decency, no matter any pre-existing conditions of character. Easy.

Sexism can be fought through education of course. We can teach boys and girls that they both have the right to play football, play with dolls, and enjoy any colour they want. But sexism is so deeply entrenched into our culture that we don’t always see it.

What these fines do is change the violence women face in the street from objective, “Oh, that’s not harassment, he’s just being a bit pushy,” to subjective, “This is not normal and if you do that, you could get into trouble.”

Poirier’s point of view is justified, but it’s the same thing as saying that education is the root cause of everything. She forgets to take into account that not every child has the chance to have even one loving parent who can explain these things. That culture plays a role into how we come to shape our worldview, and that we don’t all have the chance to be able to understand why something that is happening and accepted in our society can be in fact, wrong.

Of course, fines are not going to stop the problem anytime soon. The same way you don’t stop shoplifters from stealing with fines as a coercive pressure. But just imagine what would happen if shoplifting was treated as sexual harassment is:

You can steal something from Morrisons or Sainsbury’s and all you get is a few mean looks from the people around you, and someone who works there telling you to stop. But you can just walk away afterwards with no real consequences.

I bet we would see a lot more shoplifters if that was the only coercion. Even I, if I were in a less comfortable economic situation, would do it. Of course, it is not the same thing. People who steal food fulfil a basic human need whereas street harassers fulfil a desire.

But this is precisely why we should fine these people. Why would you make someone who steals something in order to feed themselves and their families pay a fine whilst not letting a street harasser face the same tangible punishment when they touch someone without their consent?

And this policy should defend men as well, but obviously, they are less likely to be sexually harassed. A recent report in France found that 100% of female users of public transportation have experienced sexual harassment.

Thus, if you see something and are lucky enough to be educated about the reality of those issues, say something, and most importantly, do something. Fines won’t change the situation much, but it will shift this problem to something that is merely “tolerable” to an “unacceptable matter of law”

If you are sick, you take medicine to avoid the symptoms. If you can, you also avoid to repeating the behaviour that caused your illness. But you can’t do that all the time, and sometimes all you can do is take your medicine.