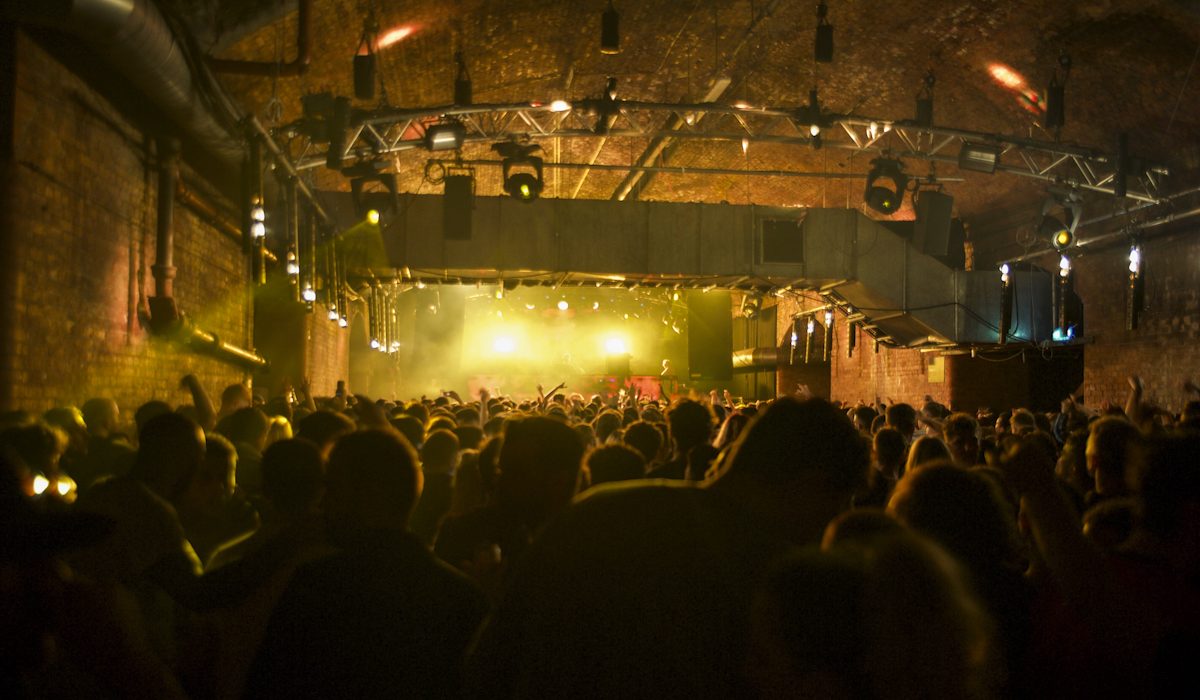 On Saturday 30th September, the former air raid shelter underneath Piccadilly station opened for its second weekend of action this calendar year. Crowds jostled along Store Street to enter with urgency; excited by what was waiting inside, but also in fear of the 10pm last entry cut off. The infamous — and now 11 years old — Warehouse project proved to be its usual mixed bag of music, which was so outstanding it took your attention away from how overcrowded it was, as per usual.

Once inside, those able to keep hold of their friends  could travel straight down to an eclectic selection of dance music on offer across three rooms. Sophie Wilson aka Willow met those upon arrival with a high energy set in room one. The Manchester-born DJ and producer identified vinyl collecting in the Northern Quarter, only 200 metres down the road, and long nights at now closed down Sankeys are key sources of inspiration. She delivered an onslaught of distinctly raw and stripped back broken beats. Although perhaps this would have been best appreciated at a deeper and darker time, later in the night.

Elsewhere, behind a large doorway of heavy soundproof flaps, Madlib delivered a more lyrical and rhythmic performance of old-school hip-hop, reggae and jazz to room 2. Dancers sang along and socialised with one another. The highly-rated American producer proved a great antidote, for those perhaps not yet ready, to give way to the intense metronome of harsher electronic music.

Once settled in, Jon Hopkins’ performance between the towering brick walls of the main room caught the attention of many. The former classical pianist showed no evidence of gentle symphonies with a raucous display. Head bopping bongos that broke into thunderous drums caused a ripple of fist pumps and roars through the audience. “Jon Hopkins did bits” one audience member declared, having reflected through the arduous winding queue to the smoking area. They were right. He did.

Floating Points followed at just the right time. Once Neuroscientist Sam Shepard deployed a sublime blend of music that blurred the distinction between genres. Tinkering between the realms of melodic techno, afrobeat and 90s house with scientific accuracy, accompanied by a visual backdrop of revolving yellow striped lights and twinkling blue dots. This was a performance full of surprises. Most notably when his set ripped into screeching disco with 20 minutes to go. This tore grins across the faces of all, bringing genuine atmosphere to a stage that can feel disjointed at times.

As the night progressed, and as some left the venue, pockets of space opened. Dancer’s were able to stretch their limbs, relieved from a penguin-like stance. This served as a reward for those who had stayed on into the final stages. Perhaps epitomised by Jeremy Underground’s closing selection of hip shifting house and groove classics to a small united crowd underneath the warm orange glow of room 2.

Some will rightly question this event as one which could deliver a far better visitor experience. As well as ordering their artists with more care, to achieve trajectory of mood that builds the audience up throughout the evening. Having said that the quality and variety of music available, as always, is undeniably brilliant.