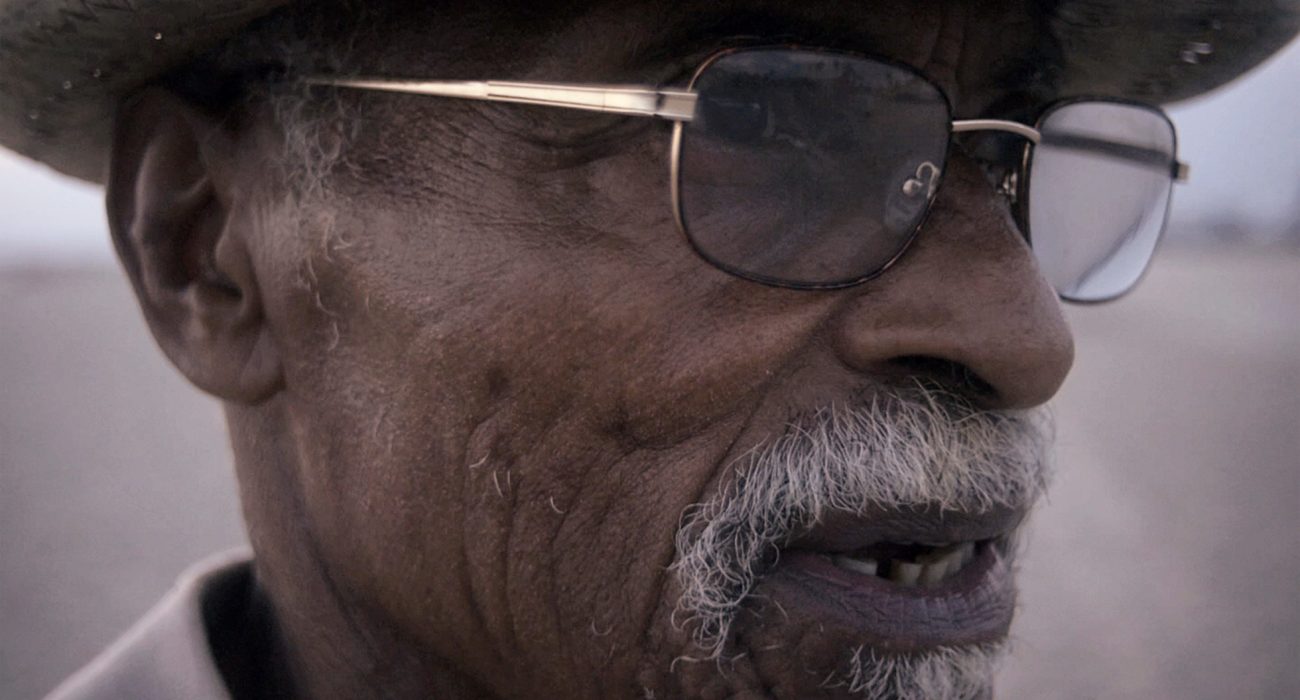 Kevin Jerome Everson, fresh from a mid-career retrospective at London’s TATE Modern, travelled up to HOME to screen a selection of his short films with producer Madeleine Molyneaux. Viewers were treated to multiple UK premieres as well as a Q&A, hosted by HOME’s Artistic Director Sarah Perks.

Born in Ohio and based at the University of Virginia, Everson is an award-winning artist and filmmaker and is regarded as one of the most important and creative filmmakers currently working in the USA. Despite this though he remains humble, “I’m just from a small town, I just make things and I’m fascinated by people who want to see what I do.”

Art as an opportunity only caught his attention at college. There he studied photography, printmaking and sculptures, before that he was “just a big dumb jock”.

Since then his films have screened at festivals such as Sundance and Toronto International Film Festival and are praised for their unique style, combining scripted and documentary elements with an obvious formalistic approach. The focus is almost entirely on the African-American experience within the working class whilst abstaining from any generic socio-political commentaries.

The 1996 Guggenheim Fellowship winner exhibits a strong sense of labour in his work, “I’m very privileged to be an artist, so I try to find artistry in the everyday lives of workers.” One film, in particular, Company Line (2009), centres around a group of city employees battling the snowy conditions to grit the streets.

“I make films for the subject matter not the viewer, so I’m conscious about how they look and what they say. I find the people who are the best at what they do, and capture them doing it.” A large section of Company Line is riding along with a particular snowplough driver, watching him at work. There are deeper remarks about 20th century African-American migration to the northern US present here too, depicting a class seldom mentioned let alone seen on film.

The town shown, Mansfield, Ohio, is Everson’s home town and the film was used as part of a trilogy about the first three black neighbourhoods in America. In the early 1970’s the land they lived on was purchased and all the residents in that neighbourhood were scattered all around.

There are more unusual films in his catalogue too. For example Rough and Unequal is a 16mm project where he used a telescope to capture the moon and stars.

Commissioned specifically for an exhibition at the Franklin Museum of Art, it was designed to have an effect on the art space as a whole, changing the audiences perceptions of all the pieces on display throughout its runtime.

More recently his 2017 work Brown and Clear that was shown at TIFF divided audiences. It takes place in a bar and shows a man filling up empty bottles with alcohol for the whole seven minutes and 40 second runtime. Naturally this would immediately turn off a subset of viewers but the variety of techniques utilised make this an intriguing watch.

The story behind the film is similarly intriguing. Everson was visiting a relative and came to the pub he ran. Instantly he was looking at his surroundings for potential subjects. He noted that “it was all of questionable legality”. After going back home he decided to drive the eight hours back to film the relative at work.

Medium to close shots are intentional to mask the location and identity to avoid any police trouble. There are numerous interpretations to the underlying meaning of Brown and Clear, one member of the audience suggested that it “was a comment on alcoholism”. Everson himself agreed with this adding: “Where I’m from you didn’t get all the fancy alcohol choices you guys have, it was either brown, like bourbon or brandy, or white, like vodka or moonshine.”

Working with a colleague at the University of Virginia, he also makes period films about the history of African-Americans. “When we show them in front of the school where there are people of European descent they get upset but they’re not in it. Whether it’s positive or negative they want to be at the centre of it.”

Although his art is focussed on the African-American experience, it is unavoidable that it would be primarily shown to white audiences, whether that be at a film festival or a gallery.

The main objective though is to spark discussion about the social, political and economic condition present. “I never know what people will think when they watch my films but I just try to be consistent. If not then fuck it, i’ll just film more tomorrow.”