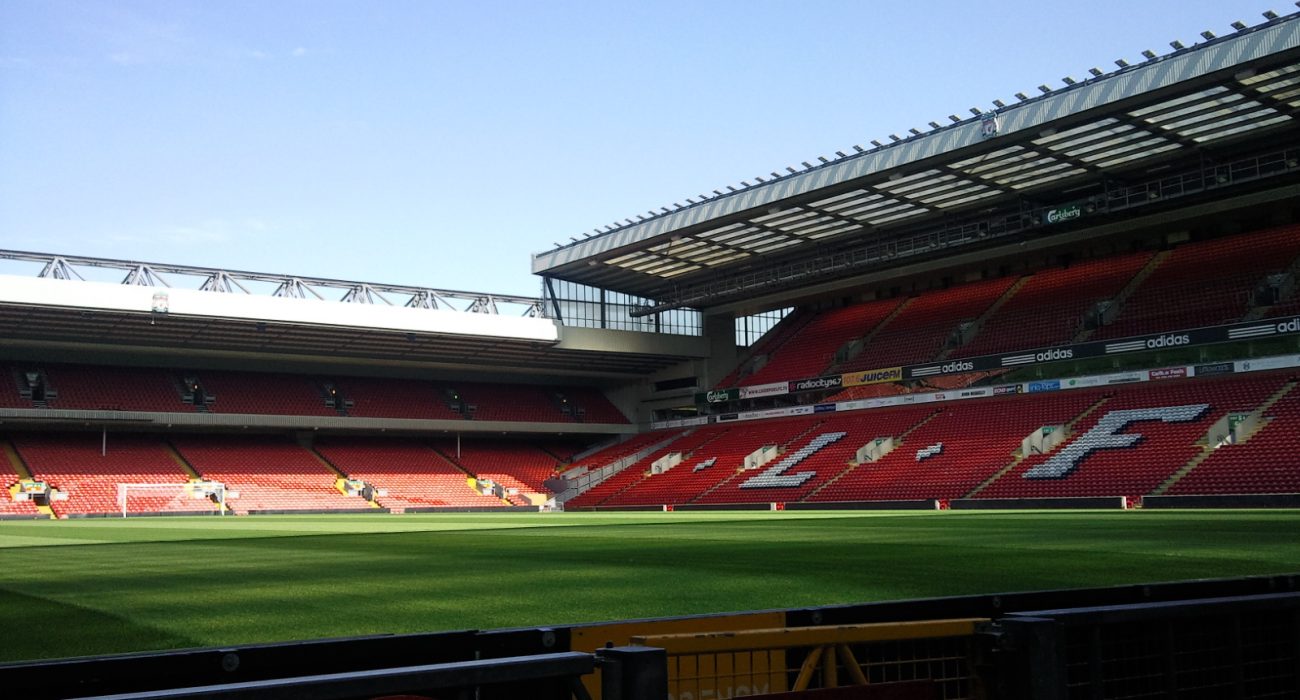 United remain undefeated after a draw at Anfield

The international break is finally over and it is time for club football to begin once more. Liverpool have failed to win in six Premier League games against United and Klopp will be looking to change that. Lose today and United will stretch the gap to ten points in eight games.

With several injuries, the lineup Mourinho has chosen is a predictable one. De Gea starts in goal, Smalling and Jones are at centre back with Valencia and Darmian on either side. Just in front sits Herrara and Matic. Young, Mkhitaryan and Martial form an attack three and Lukaku finishes the 4-2-3-1 formation.

United start the game with the slight upper hand winning an early corner. Liverpool’s main weakness in defence has been set pieces so this might be an area that can be exploited. The corner leads to another then nothing, perhaps next time.

As play settles down Liverpool control the lion’s share of possession at 70 per cent. This won’t bother Mourinho as he prefers the counter-attacking style of play and there are visible gaps in the Liverpool defence. There is a lot of tussling going on and I’ll be surprised if there isn’t a healthy amount of yellow cards.

First proper shot of the game by Wijnaldum. He didn’t get the pace nor the strength I’m sure he wanted and in the end, it is an easy save for De Gea. Soon after Martial blocks a shot by Gomez, Liverpool are beginning to ask the question about asking questions.

The occasion seems to be getting to referee Atkinson a little. United took possession and Ashley Young, not in possession, got jumped on by Emre Can, foul given to Liverpool. Lots of early calls and a loud crowd may be having an effect.

United holding possession in an attempt to stop the flow of momentum for Liverpool as they are seriously knocking on the door now. Martial gets fouled on the edge of the box and United fans will let out a big sigh of relief. The player of the first 25 minutes has to be Salah; every Liverpool attack so far has flowed through him and United really need to get him under control to stop the relentless attacks.

First dangerous shot by United comes in the 30th minute as Mkhitaryan chests it down to Matic. Mignolet had no chance had the shot been on target but it goes just over. Almost a goal for Liverpool after if not for a world class save by David De Gea to stop Matip. Like last year with Coutinho, he produces another piece of brilliance. If the game ends in United’s favour this will be the reason why.

The game really isn’t going well for Lukaku who can barely get a touch of the ball and who just committed an awful foul. Thankfully Atkinson doesn’t want to brandish cards this early in the game but that was definitely a yellow card offence.

United show how little they need to create a clear-cut chance and a bit of fancy footwork from Martial and one-touch passing puts Lukaku through. It doesn’t amount to anything though as it goes straight at Mignolet. Lukaku’s bad day goes on.

As the half-time whistle blows it looks just as most would have predicted. Liverpool dominating the possession and United defending hard. The substitutions, later on, may certainly decide the outcome of the game.

The second half begins much like the first, Liverpool continue to dominate possession but can’t create any goalscoring opportunities. The first foul throw I have ever seen in a professional game comes regrettably from Darmian, at this level you surely must know how to successfully take a throw-in.

Big, big chance as the ball gets lofted in to Emre Can. He can’t get control of it and knocks it over from 3 yards, he really should have done better there. Liverpool utterly dominant at Anfield but they can’t seem to get anything to show for it.

A slick bit of skill by Matic seems to have calmed United down and they’ve begun to get their first extended spell of possession. Lukaku seems detached from any attack though and a warming up Lingard may soon be coming on to replace him. Lingard does come on in the 63rd minute but takes the plays of Mhitaryan instead.

The second United sub comes two minutes later and unsurprisingly it is Rashford for Martial, a change which has happened in almost every game so far this season one way or the other. Smalling receives the first yellow card for a bad tackle. There really should be three or four more but Atkinson does not want to brandish cards unless absolutely necessary. I’m not sure whether this is a good or a bad thing, dangerous play is dangerous play though.

Liverpool getting ready for a double substitution of Oxlaide-Chamberlain and Sturridge for Salah and Coutinho. I think this will end up helping United as they have been by far the two best Liverpool players. Ashely Young finally gets his yellow card after a scrappy game by him for leaving a foot in.

Liverpool’s third best player this game, Firminho, comes off for Solanke. United could win if they push for a goal but they seem content with a draw. The lack of a spark in Klopp’s side after these subs is not motivating the red devils to try anything at all.

The last United sub takes place as Young comes off for Lindelof in the second of three minutes added time. Mourinho looking to waste every moment possible, it works and the game ends not long after 0-0.

Taking a point from Anfield will be far from disappointing from any United fan but the hopelessness in attack will be a major worry. The run of big games in the coming few weeks means that this is an issue that needs addressing quickly.