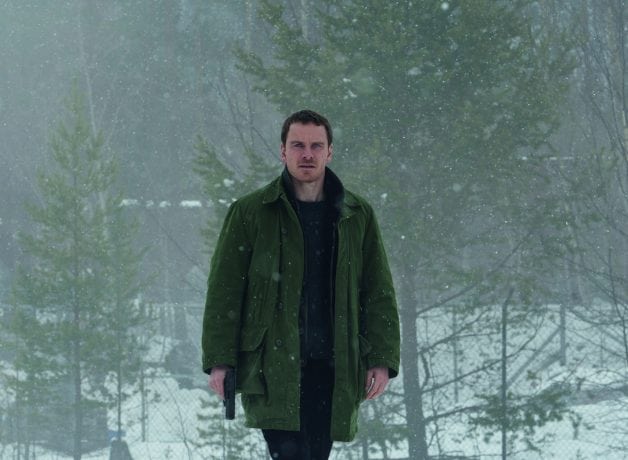 It’s true that the world is becoming increasingly enamoured with Scandinavian style. The clean lines, effortless minimalism and gorgeous fusion of style and function are hard to resist, let’s be honest. But this is perhaps unsurprising when you consider the fact that Scandi-noir has long been one of the region’s top cultural exports.

Just look at the Swedish-American 2011 film, The Girl with the Dragon Tattoo, directed by David Fincher, based on a novel of the same name by Steig Larsson. Or Wallander, the UK TV series adaptation of Swedish writer Henning Mankell’s crime novels.

This genre is crime reinvented for the modern age — in a society that is increasingly appreciative of minimalism, Scandi-noir’s distinctive style and its penchant for cutting right to the heart of the matter ticks all the right boxes. You’d imagine then that The Snowman would be an instant success.

The film is based on Jo Nesbø’s 2007 bestseller, directed by Tomas Alfredson who has garnered praise for both Tinker Tailor Soldier Spy (2011) and Swedish foreign language film Let The Right One In (2008). It stars Michael Fassbender as disillusioned, alcoholic, police detective Harry Hole who must put together the links between ages old cold cases before the serial-killer known only as The Snowman strikes again.

It has all the elements of an entertaining, if not slightly predictable crime thriller, but something doesn’t quite hit the mark. The film feels pieced together and rushed, as though screenwriters Peter Straughan and Hossein Amini didn’t have Jo Nesbø’s novel on hand when they were putting the screenplay together.

In defence of the film, Alfredson himself admitted that filming did not go entirely to plan, stating that when they reached the editing stages he “discovered that a lot was missing… like when you’re making a big jigsaw puzzle and a few pieces are missing so you don’t see the whole picture.”

It’s a shame, but not one that ultimately ruins the film. The Snowman is entertaining and visually spectacular. The filming took place principally in Oslo and Bergen, offering Alfredson and the Director of Photography Dion Beebe the chance to highlight the differences in Norway’s geography. Urban metropolises are starkly contrasted against icy countryside.

Michael Fassbender adds some weight and subtlety to Harry — if that’s possible given that there are a fair few shots of him yelling into nothingness, with only the mountains to hear him. Though Harry’s backstory is perhaps clichéd, Fassbender is nuanced in his approach to the character, making him likeable or at least understandable, whilst still playing a recognisably noir detective.

Along with Fassbender, Rebecca Ferguson — who plays newbie police officer Katrine, stands out. Chloë Sevigny and Anne Reid both have small cameos and give very strong performances.

In fact, the acting by nearly all the cast leaves little to be desired, the only exceptions being Val Kilmer and Toby Jones who give quite frankly bizarre performances as two hard-nosed police officers in a flashback segment that is jarringly out of place with the rest of film. You get the impression that this is what Alfredson meant when he said that filming in Norway was rushed and incomplete.