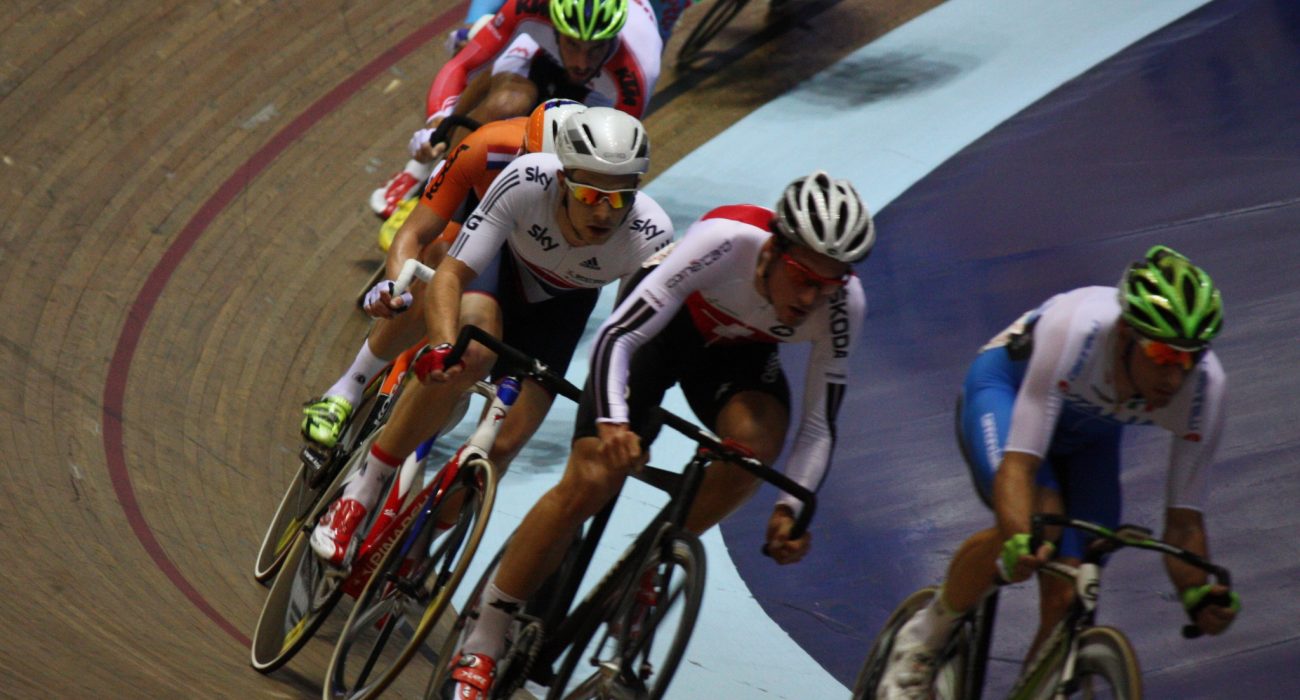 Following the launch of the Tissot UCI Track Cycling World Cup last week in Pruszkow, Poland, Manchester is set to host the second round at the UK National Cycling Centre this weekend.

From Friday the 10th to Sunday the 12th of November, the biggest names from around the globe will race a full schedule of both sprint and endurance events over the course of six sessions.

In addition to the races seen on the Olympic stage, athletes will also compete in the Individual Pursuit, Time Trials, Scratch Race, and Points Race.

The first time Manchester has hosted a round of the World Cup since 2013, the event will see a broad range of both experienced riders and talented youngsters making their world cup debut. British athletes will be representing the Great British Cycling Team, in addition to British Cycling’s Team Breeze and the 100% Me team.

The 2013 World Cup in Manchester, held one year following the highly successful London Olympics, saw a number of Britain’s Rio medallists take to the track.

Whilst riders included athletes who had conquered at London 2012 — Laura Kenny, Ed Clancy, Joanna Rowsell Shand — others were rising stars who moved through the world ranks over the course of the Olympic cycle — Elinor Barker, Katie Archibald.

It is therefore expected that Manchester will see some of our future Tokyo 2020 champions rise to the occasion this weekend.

Fresh from her European Championship wins in Berlin last month, Olympic and World champion Katie Archibald will be looking for more success in the women’s endurance events. Taking European double gold in the omnium and individual pursuit, she was joined by Emily Kay, Manon Lloyd, and fellow Olympic Champion Elinor Barker to win silver in the Team Pursuit.

Barker also teamed up with up and coming nineteen-year-old Ellie Dickinson — of Team Breeze — to triumph in the Madison. All will be competing in Manchester this coming weekend.

Olympic Champions Ed Clancy and Steven Burke will lead a strong Great Britain representation in the men’s endurance events, hoping to build on their achievements in Rio last summer. Following a disappointing European Championships in October, the men’s endurance team will be hoping to improve their performance in front of a home crowd.

In the men’s sprint events, Olympic Champions Callum Skinner — of 100% me — and Phil Hindes will lead a group of five British riders and Olympic bronze medallist Katy Marchant will be joined by rising star Sophie Capewell to fly the flag for women’s sprinting.

Also heading down to Manchester’s velodrome is Germany’s double Olympic Champion Kristina Vogel. The nine-time ICU World Champion sprinter will be a force to be reckoned with on the track having dominated the sprint events at major international meets over the past few years.

Tickets are available online at www.trackworldcup.co.uk/tickets via Ticketmaster. With prices starting at £15 for adults and £10 for concessions, this is a sporting event not to be missed. Get yours today before they sell out!