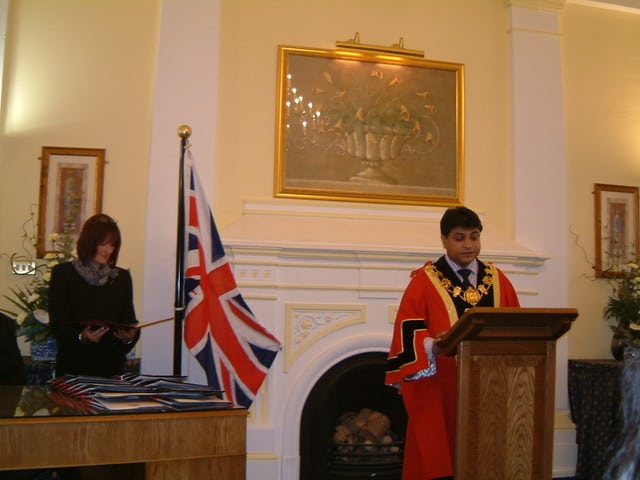 How British are you? Take the test

For how many years did the Romans stay in Britain? When did people learn how to make bronze? What was the population of the UK in 1901?

One could be forgiven for thinking that they had accidentally stumbled across the question list for a Saturday night pub quiz. Regrettably, these are in fact the first three questions presented in an online ‘Life in the United Kingdom’ test, intended to help those applying for citizenship practice for the real exam.

To achieve the elusive status of a ‘British citizen’, 24 multiple choice questions of this nature must be answered in 45 minutes with a minimum pass mark of 18. In light of the Brexit referendum, the number of EU nationals sitting the exam has tripled in the last year in the midst of fears they will be asked to leave the UK.

According to the Manchester Evening News, 60 per cent of applicants from Greater Manchester failed the test in 2016. Nationwide, approximately one in three was unsuccessful.

Luckily, the Home Office has come to the rescue with a handbook for new residents, covering topics from British history spanning the past 6,000 years, to notable sports personalities, and the British Constitution with the aim of preparing new residents to sit the exam and successfully assimilate into life in Britain.

One of two things is happening here: either my British friends and family have been holding secret meetings to extensively discuss law, culture, and UK-related trivia facts without my knowledge, or the test is, troublingly, far removed from the true experience of ‘life in the UK’.

One need only read the ‘music’ section of the handbook to realise that the test’s authors are of a somewhat more elevated educational standing than the vast majority of ‘normal’ British residents. Indeed, where would we be without our knowledge of the life and work of the classical musician Henry Purcell, or our ability to discuss the paintings of the pre-Raphaelites?

Needless to say, there are many British citizens who would not be capable of passing the exam.

Since the handbook does little to recreate the level of general knowledge of British people, even less can be said of its success in promoting an understanding of British culture.

Sure, the book covers essential elements of law, including the prohibition of forced marriages, equality between men and women, and the illegality of domestic violence, which might have calmed the nerves of those concerned about new residents coming from outside the Western world.

Other questions posed in the practice tests, however, paint a rather embarrassing picture of the values we hold dear as British people: “What time do British pubs open?”, “What are the main ingredients of a mince pie?”, etc.

For such a question to hold the potential to deny citizenship to a prospective resident, some of whom have lived in the UK for decades, paid taxes, and raised families here is frankly insulting. These questions also suggest an inherent incompatibility between British culture and the culture of residents whose religions or lifestyles would not require them to ever encounter a pub or Christmas dessert.

As it stands, the application process for citizenship needs serious revision. The exam makes no allowances for those who might not have the financial means to apply and acts as more of a glorified memory test than a reflection of one’s contribution to society and understanding of what it means to live in Britain.

For those who pass, several hundred pounds more is needed to take a language test, regardless of how long they might have been employed in an English-speaking job.

I would not want to suggest that the application process for citizenship should be effortless. After all, it is valuable for new citizens to have acknowledged their awareness of British culture, and if learning these social norms and laws requires studying a book, this would simply show their commitment to becoming part of a new national community.

The questions, however, should be ones that could be easily answered by existing British citizens, questions to which the answers should be instinctive rather than learned and would benefit those foreign residents who have already acclimatised to British life, perhaps in the form of a situational judgement test.

Until then, the required preparation for the ‘Life in the UK’ exam will simply produce a strange group of foreign, English-speaking, slightly poorer British citizens who would make a killer quiz team.