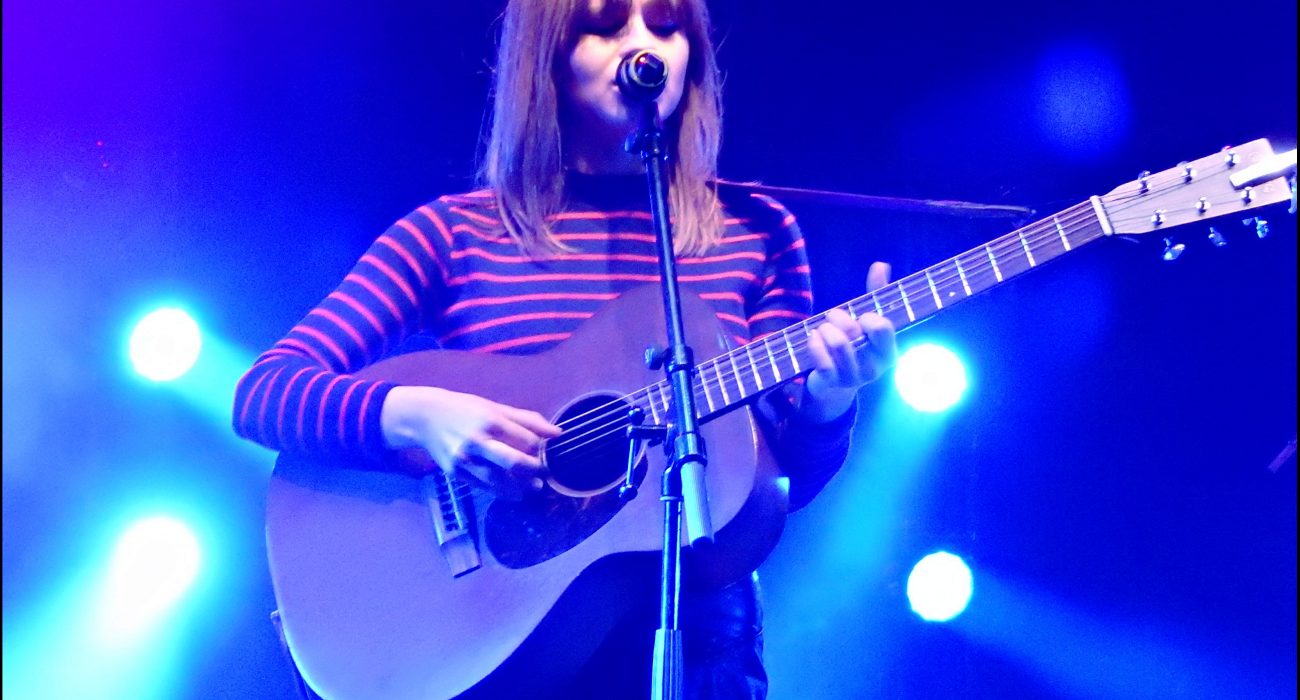 I last reviewed Gabrielle Aplin a couple of years ago at The Deaf Institute. Back then she was clearly nervous but succeeded in making the small, intimate space her own. I was therefore very interested to see how she would manage such a large and impressive venue as Manchester Cathedral.

The building was packed as the support act, Sonny, took to the stage with his guitar. Laid-back and folksy, he complemented Gabrielle very nicely and her fans loved him.

With a sound akin to Ed Sheeran but the soulful voice of Sam Smith, Sonny gave us a healthy balance of original songs and covers, with his rendition of Sam Sparro’s ‘Black and Gold’ being a highlight.

Aplin’s band arrived and began to play, building gradually up to her entrance so that when she hopped sweetly onto stage, it was as dramatic as if there had been fireworks. The bouncy ‘Sweet Nothing’ made for a good opener, and she followed it with a handful of upbeat, rocky numbers.

The band then left and Gabrielle did what she does best – perform alone and acoustically, showcasing her prowess on guitar and piano and her pure and versatile voice. Her version of ‘The Power of Love’, made famous in a John Lewis Christmas ad, was as powerful as ever.

Her classic ‘Salvation’ – used in many a sad TV montage – was quietly awe-inspiring. As Gabrielle said, that song in particular being played in a cathedral was really something special.

We were also treated to some of her new EP, Avalon. These tracks have their own sound, fusing her signature gentle melodies with electronic and dance influences. ‘Say Nothing’ was striking, and the echo effects within the song worked perfectly within the space of the cathedral.

Aplin’s penultimate performance was a gorgeous acoustic version of the originally heavily-produced ‘Stay’. It was spellbinding and would have been a great finale. However, she seemed to feel obliged to end on her big hit, ‘Home’. It was fine, but I would have rather the evening had come to a close with ‘Stay’ or another lesser-known gem.

This gig could not have been more different to the last time I saw Gabrielle. Tonight, she was confident and comfortable and held the audience in the palm of her hand. It is interesting to watch her venture into new styles of music and I hope she continues to grow and shine.