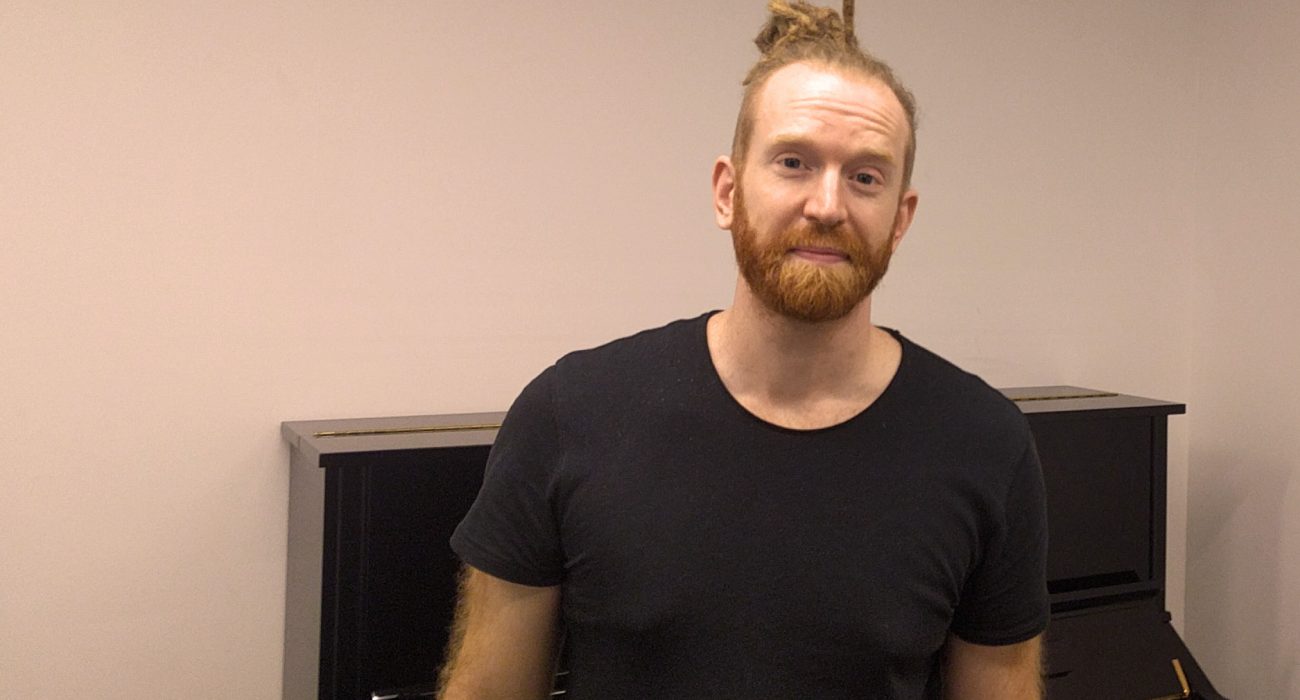 It’s hard to pin down an exact musical style for Newton Faulkner. It’s been ten years since the dreadlock-sporting guitar master from Surrey released his first album, Hand Built by Robots. Newton says he’s come a long way since the release of the album and the popularity his most well-known song ‘Dream Catch Me’ brought him in 2007. I ask him what genre he would class himself as. “I like having no rules,” he responds. “That’s my favourite thing about my career — I kind of do, and have done… a whole bunch of things. All my albums are different.”

Newton released his latest album, Hit the Ground Running, this year. “This one feels like it’s landed in a spot I’ve been trying to find for a while, especially production wise.” He recalls how on his previous albums, certain sections of his fan-base berated him for either having too much or too little ‘stuff’. However, with this album, he now feels he’s “found [his] recorded sound.”

He mentions that “this album has a little bit of most things. The heftier, more layered stuff, but also the more stripped back stuff.” Speaking about the themes on Hit the Ground Running, he tells me that its strength lies in the fact it was written over a couple of years. “Some of the albums that were written a lot quicker, they were all about the same feeling; this one covers everything.”

This is perhaps because this is the first album he released on his own label, Battenberg Records, started with his sister. I ask him about the experience of setting up a label and how his production process varies as a result. “It was never [judged by the record label]. No-one was like… ‘Can you do it more like this?’”

He explains that his preceding album, Human Love, was made with the eventually unfulfilled promise of radio play. “It was leaning in a direction that it never really got to take advantage of. It was designed for radio. But then it just didn’t get play-listed. It was after that, I thought… I’m not playing these games. I’m gonna do whatever the fuck I want.”

He expresses that once he was free of the shackles of making a record for anyone else but himself, “anything you make, you’re going to be proud of it. You made no compromises… you just make something you really like, and it’s great!” I’m keen to agree — Hit the Ground Running is, in my opinion, his most soulful album to date, and you can tell he had as much fun making it as I do listening to it — something that carried over into his exquisite live performance in the RNCM concert hall. It’s not just me that agrees. “It’s by far the best reaction I’ve had from the hardcore fanbase, pretty much ever.”

I follow on from that, asking him if he thinks that the complete upheaval of music culture towards the internet and less dependence on big labels and physical access to media meant he could start his label and get his music out there more easily. He disagrees, stating  “I’ve spent years building a loyal fanbase that I really tap into, and communicate with, through all these new media; but without the fanbase I wouldn’t have been able to release my own record… If you’re a new artist […] it’s possible, but you’d need an incredibly solid team.”

Speaking of loyal fans, Newton issues a wristband to the first 50 fans into the gig which grants them access to a special meet-and-greet event after the show. He explains the motivation behind it. “It means I can actually meet the fans. A lot of these gigs are too big to come straight out. I’ve met people out by the bus […] but they are out in the cold, and I don’t like doing that to people… And it favours the most eager fans — some people have been here since two in the afternoon.” He thinks that the experience is much more genuine than “a hasty sign and a photo.”

Newton is no stranger to festivals having played dozens in his time, and I talk to him for a little while about those. “It’s the people that make the festival, and the British are really good at it. We have a kind of attitude that I haven’t seen anywhere else. It’s the hunger to have a great time in the face of rain, or whatever. To just work around stuff.”

At this point, Newton’s tour manager gives us a warning, and I wrap the interview up. I wasn’t really sure what to expect going into the interview, but it was an absolute pleasure meeting and chatting with Newton, and it’s evident in everything that he says that he has a real passion for what he does — and that shines through in his expert guitar work, witty stage banter, and the passion he shows for meeting and interacting with his fans.