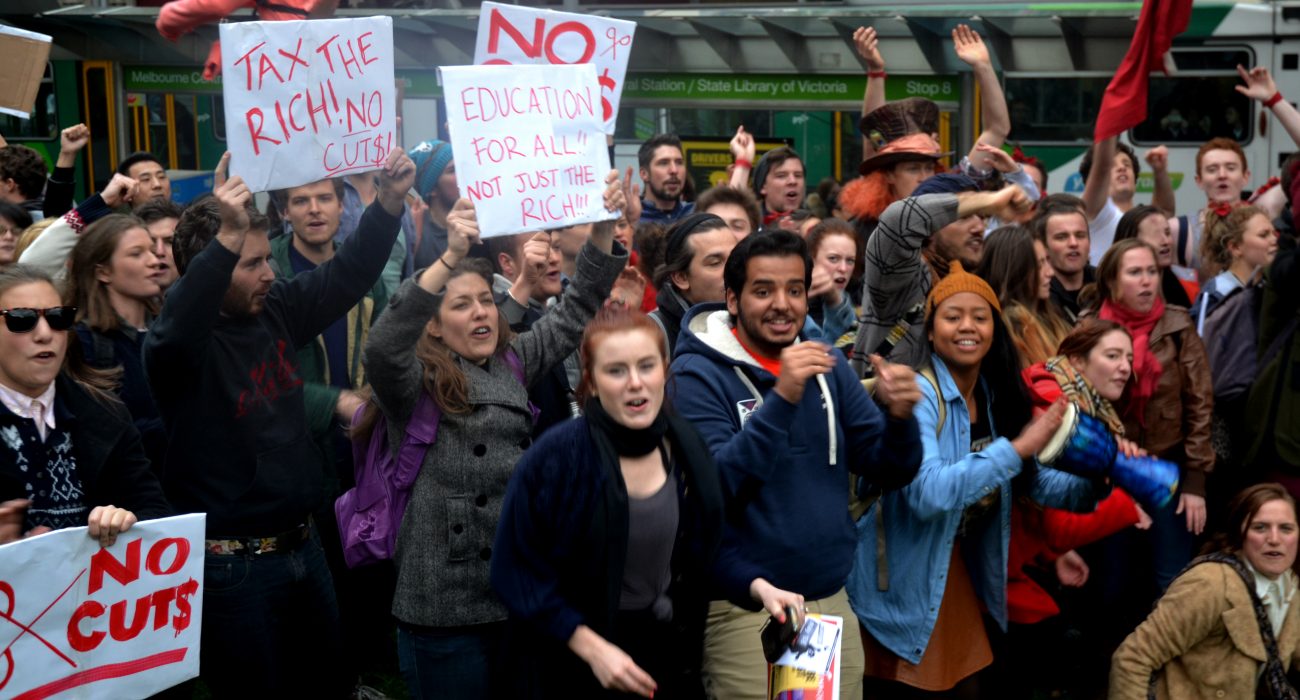 Frustrated at tuition fees and the apparent increasing marketisation of the education system, thousands of students are expected to take to London’s streets for the Free Education National Demo on the 15th of November.

The demo, which demands for the taxation of the rich to provide for the abolition of fees, provision of living grants for all and the termination of campus cuts, has been argued to have gained momentum after Labour’s General Election pledge to tackle student debt brought the issue to the heart of mainstream political debate.

Organised by the National Campaign Against Fees and Cuts (NCAFC), the demo will also aim to tackle the ‘cash cow’ treatment of international students, of who were expected to pay between £10,000 to £30,000 in fees per annum for those who enrolled in the 2016-17 academic year.

The march will commence from 2pm on Malet Street, London and will explicitly target the Teaching Excellence Framework (TEF). Their aim, to “drive up standards in teaching”, has allowed for universities that receive a subsequent TEF award to increase their tuition fees in line with inflation.

Significantly, the NCAFC believe the allocation of a TEF award has propelled universities towards a increasing marketisation of education, triggering both staff cuts and a decline in education standards. This has been seen most recently at the University of Manchester itself, with staff taking industrial action on the 23rd and 24th of October in protest of the 171 proposed redundancies within the academic community.

One student told The Mancunion: “I think it’s important for students to be as vocal as they can against any changes that further decrease the chances for prospective students, especially those from disadvantaged backgrounds. This is especially important when you have a government that insists on implementing such policies.”

Deej Malik -Johnson, Campaigns and Citizenship Officer at the University of Manchester Students’ Union, also welcomed the demo, commenting: “The national education demo is a hugely important annual event for students from around the country to get together and demand the education system we deserve.

“Now with free education back on the agenda with the Labour Party backing it as policy and with a weakened Conservative government, desperate to woo young peoples votes, now is the time to act!”

The University of Manchester Students’ Union have organised a coach to London, leaving from the Armitage Centre at 7am. Student tickets cost £5, and non-student/staff tickets £10.