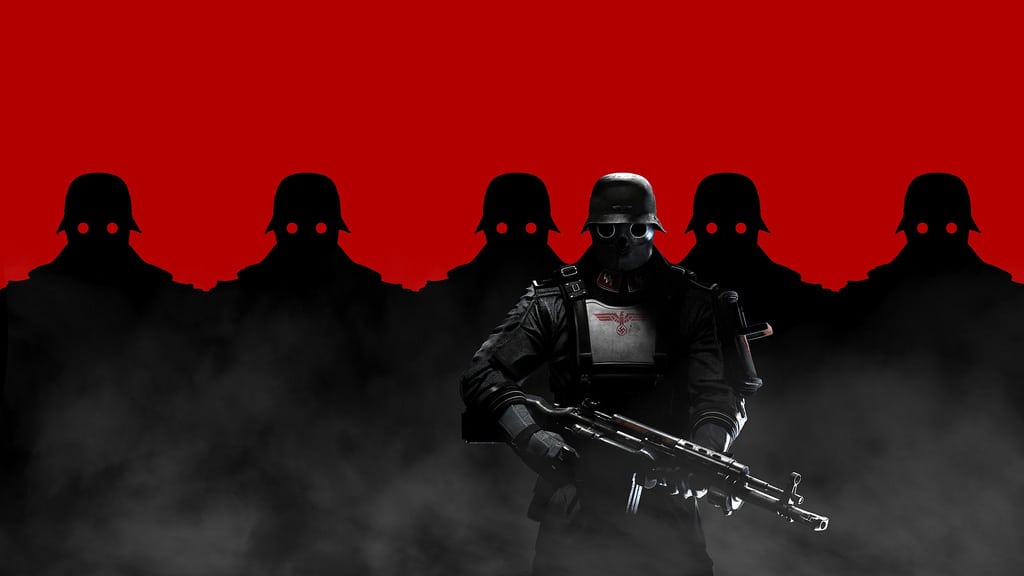 BJ, Blazko ‘Terror-Billy’, whatever you want to call him. B. J. Blazkowicz is a name that strikes fear into the hearts of Nazi’s of Wolfenstein II, just as strongly as it has for decades. Though it may go under the radar amidst current blockbuster shooters, the Wolfenstein series predates most, with Wolfenstein 3D (1992) and Doom (1993) — same universe — existing as landmark titles that paved the way for the modern FPS. There is certain pedigree to this series and this may be the best to date.

The game kicks off right after the events of the previous game, Wolfenstein: The New Order, with one the greatest opening sequences I’ve played in a long time. Not to spoil too much for you, but the first hour or so features a wheelchair, lots of bullets and leads in to one of the darkest introductions to a story villain you’ll find anywhere.

The first thing that struck me about this game is that it is absolutely gorgeous — or as our Texan-born protagonist would say: “gosh-darn perrrdy”. In all seriousness, the game is very easy on the eye, hitting that sweet spot between striking realism and the slightly exaggerated, with Tarantino-esque blood-splattering to boot.

Whilst we’re on the subject, it really is one of the bloodiest games I’ve played in a while and certainly not one for the faint hearted. By no means is this to say that the previous games did not have their fair share of blood and guts — at least not those with the graphical capabilities to do so — but it takes the act of obliterating enemies and sending viscera flying into the air to a new level.

In terms of the combat itself, the gun play is virtually identical to the previous game, favouring that arcade-like, hip-firing madness over finely-tuned and accurate shooting mechanics. However, this isn’t necessarily a bad thing. It makes a nice change of pace from the style of firefighting we’ve come to expect from the likes of Battlefield, or even the more accessible Call of Duty.

The weapons themselves have that added appeal that comes with the sci-fi genre, offering you the chance to melt excessively armoured beef-cakes with heavy lasers cannons and even souping up more familiar tools for killing, such as turning switching out the double-barrelled shotgun for the rotisseried and triple-barrelled automatic number.

All of your firepower can be modified too, with upgrade kits to be picked up as you play through each level. In truth, dual-wielding often seems to be the best and only option at times, but damn it ain’t half satisfying to emulate Terminator.

The arsenal itself is a tad limited, however, and although the customisation is a nice bonus to add to the base weapons available, I often found myself not really feeling the benefit — with the exception of the silencer for stealth missions perhaps, of which I pleasantly surprised to see quite a number of in most levels.

Though this helps diversify game play, it by no means offers you respite from the bedlam of true combat, as the pressure you feel in sneaking around hordes of Nazis, trying to hunt down the commander before he calls in another wave, is just as stressful. The soundtrack does you no favours either, scoring deep, descending drones as well as the heart-palpitating dub step during all-out war.

It seems only fair that at this point, now that I have your attention, to let you come to terms that with the fact that you’re going to die — no I don’t mean “let’s all discuss our own mortality” — I’m talking about the absolutely certainty that is your regular demise whilst playing The New Colossus.

If you’re like me and you struggle swallowing your pride when it comes to games, then you might not want to hear this: Wolfenstein II is extremely challenging, so much so that I genuinely had to drop the difficulty for a minute or two when it became clear that my grasp of the harder difficulties is not universal.

So just accept it now: you’re going to die and you’re going to die a lot, but do not jump to throwing your pad against the wall and being passive-aggressive with everyone in your house. Just take your time and realise that this is a different type of game you’re playing. The level of challenge here is really refreshing and it feels like shooters of old.

There are aspects that make things even harder, with some clumsily designed environments here and there, as well as it not always being clear on what to aim for when the boss-fights come knocking. You’ll spend a good amount picking up health and armour too, as well as trying different approaches to get the job done. The game rewards being quick and clever overall, as neither caution nor blind fury will get you very far, you have to plan and think on your feet all at once.

Before I come towards a verdict on this game, I cannot fail to stress the sheer level of creativity, class and comedy that the developers bring to the story itself.

In The New Colossus, the bar is set extremely high, all the way from the writing to the performances of the actors both individually and as part of the ensemble.

The dynamics between the likes of Fergus and Grace are a great source of comedy, even if a bit caricatured at times, and BJ’s harrowing internal monologues add a tragic poetry that was totally unexpected. No character, however, stands out more than the maniacal Frau Engel.

In the opening scenes touched upon earlier, her big reveal feels epic and once the full extent of her cruelty is understood moments later, she firmly cements herself as one of the best videogame baddies since Far Cry 3’s Vas.

The significance of Engel is not merely in her compelling performance however, it is more so in the sheer evil that she symbolises as the game’s figurehead for the Nazi regime. Wolfenstein II is not only an excellent game, but the marketing surrounding this game’s launch is unlike any I can ever remember.

Bethesda Softworks made a bold move in generating a buzz around this game and one that showed real spirit. Killing Nazis in this game is not just about the go-to villain or because it’s what the franchise is built around. This time around they serve to make a serious political statement. The team behind Wolfenstein II have been unapologetic in spreading their message and rightly told those who don’t agree that they are not welcome playing their game.