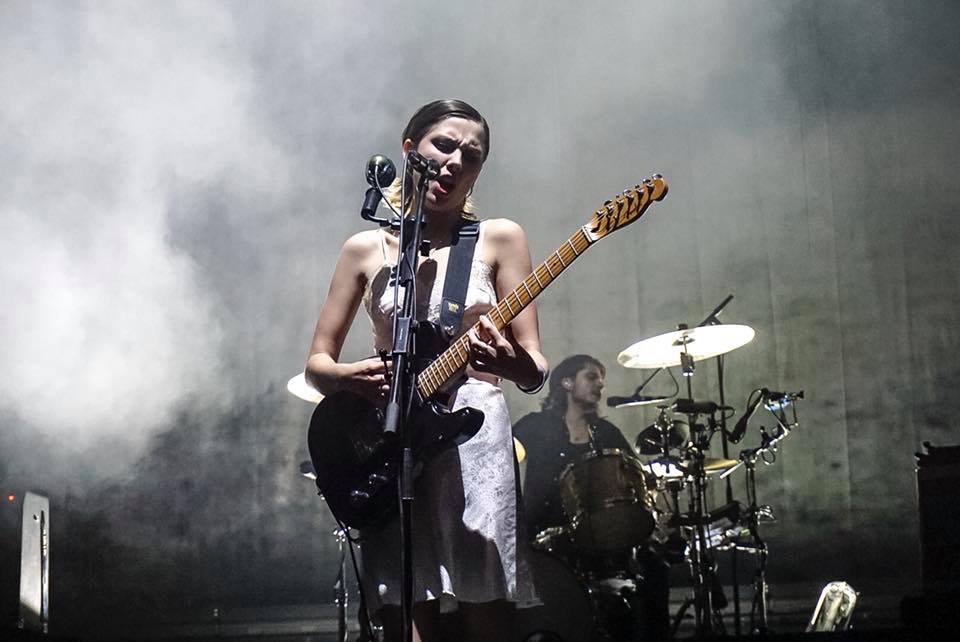 North-London quartet Wolf Alice returned to the Manchester O2 Apollo with their electric second album Visions of a Life. With support from Birmingham-born Superfood who perfectly prepped the audience with a bold, and yet funky performance playing songs from both their debut Don’t Say That and their second album, also released this year, named Bambino. Also supporting were rock ‘n’ rollers Sunflower Bean who I was greatly impressed by, as I captured influences of Thin Lizzy incorporated within their riffs, plummeting me back into my childhood wannabe 70s phase.

From the moment the indie-rock heroes strolled on stage, the crowd erupted with elation as fans that had been waiting well over a year, now finally blessed with the ethereal presence of Ellie Rowsell once again. The air was instantly infused with a peculiar charged, nostalgic warmth and a certain reassurance that the next few hours would be just the mystical distraction you’ve been craving all year.

Wolf Alice effortlessly combine the two polarities of delicate harmonies with heavy, rupturing riffs exhibited in ‘St Purple and Green’ and ‘Heavenward’. In fact, despite also being a pretty dominating aspect of ‘My Love is Cool’, ‘Visions of a Life’ takes these defining aspects of their sound to a whole new level. The distortion and spiritual elements within ‘Visions of A Life’ were flawlessly executed as the musical efforts of Theo, Joff and Joel were incredibly tight and cohesive, painting a canvas for Rowsell to exhibit her compelling vocals.

A vintage backdrop of a forest drenched in reds, purples, blues and greens accompanied with glimmering and shimmering white lights proves Wolf Alice certainly did not fall short in any aspect — this aesthetic greatly complimented the artwork of the album. A slow, spinning blanket of the hazy light cast over their performance of the 4th track named ‘Don’t Delete the Kisses’ which, to be cliché, wholeheartedly stole the show with personal lyrics resonating what I consider to be incredibly emotive, particularly for the youthful fans as they tackle adolescence.

Given the boundless energy emanated by all four members, you wouldn’t believe they performed a setlist lasting just short of two hours. Consisting not only of new songs but also much-loved classics such as ‘Your Loves Whore’, ‘Lisbon’ and of course, finishing with ‘Giant Peach’. ‘Giant Peach’ was an almost spiritually cleansing experience, invigorating you with self-assurance and vast carelessness. Nothing else mattered when Ellie clambered into the first row of the crowd before screaming and clutching at her fans. From synchronised, the whole body flinches to Ellie’s high-pitched shrieks, every movement, and every sound was performed with conviction and confidence.

For heaven’s sake grab yourself a ticket and/or a copy of ‘Visions of a Life’! 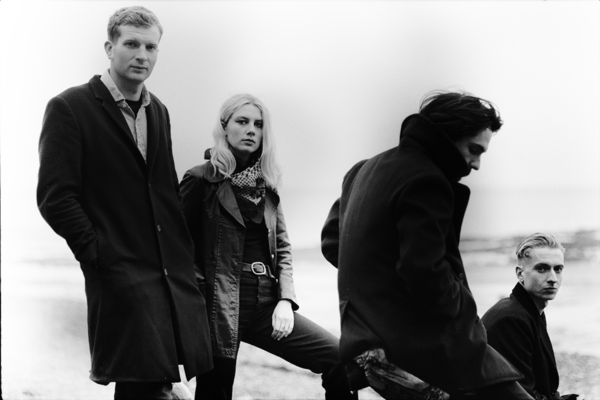