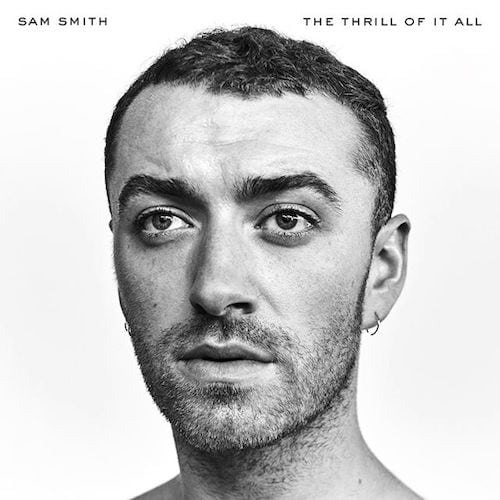 Album Review: Sam Smith – The Thrill Of It All

Although full of modest production and slow pace, Sam Smith’s sophomore album The Thrill of It All still manages to deliver the soulful vocals and powerful delivery that fans fell in love with after the release of his first effort In the Lonely Hour.

Perhaps what is most notable upon the album’s release is its lack of tracks with potential radio airplay. Of course, the lead single ‘Too Good at Goodbyes’ had notable success after topping the UK chart back in September, yet in comparison to the colossal hit ‘Stay with Me’, the single hasn’t seen half as much global impact. But for Smith, this doesn’t seem to be such a concern with The Thrill of It All. For the most part, the album offers a more mature, cohesive sound for the Grammy-winning singer that puts less focus on the single but more on the project as a whole.

Having said this, there are moments where Smith narrowly escapes the repetitive and almost tedious traps that are so easy to fall into with his musical style. With tracks such as ‘Nothing Left For You’, Smith almost slips into the same melody that we saw in his 007 track ‘Writings On The Wall’ which, although still good, becomes a little tiresome.

Nevertheless, the saving grace of this album lies within tracks such as the promotional single ‘Pray’. With the unlikely influence of hip-hop producer Timbaland, the pair managed to create the gospel-inspired track which is a definite highlight of the album, as we see the singer expressing his belief in religion or lack thereof. A common theme throughout The Thrill of It All sees Smith tackle his faith with his sexuality, and ‘Him’ is an unambiguous example of this. With the title itself a nod to spiritual hymns, it only seems fitting that the song incorporates a mounting gospel choir as (perhaps controversially, bearing in mind the religious undertones of the song) the singer confesses his love for another man.

Generally speaking, Sam Smith has created a well-rounded, cohesive album with The Thrill of It All. Admittedly, a handful of songs are in danger of being a little too similar, but his undeniably powerful voice and soulful delivery give Smith a well-earned pass.