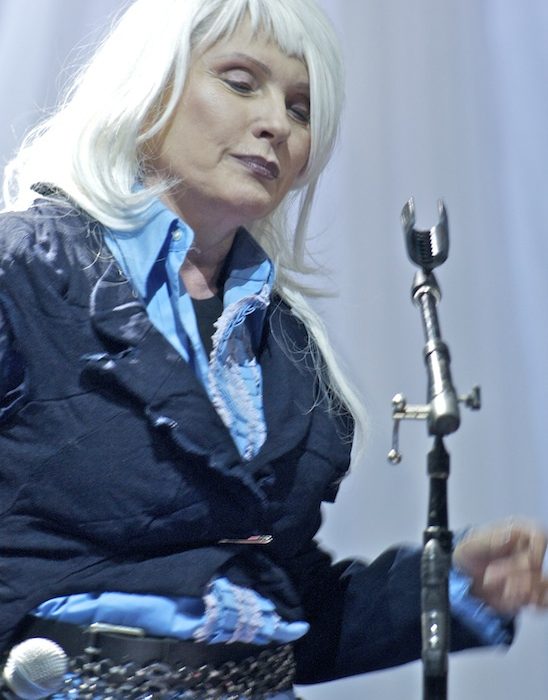 Blondie have had a hugely successful career which has spanned over 40 years and shows no signs of slowly down, a fact fully evident when they performed at the packed Apollo with an audience ranging from young to old.

There was a clear sense of the excitement before the band took to the stage which erupted when they came on. They were fronted of course by the iconic Debbie Harry, who arrived on stage sporting a jacket reading “Stop fucking the planet” and a honey bee mask intended as an environmental statement and which keeps with the theme of the 11th studio album released earlier this year “Pollinator”.

The band surprisingly opened with one of their biggest hits “One Way or Another” which provoked a huge response from the crowd — something they didn’t always garner as they performed newer material. It was clear to see how comfortable the band was with material both old and new, but also with each other, effortlessly breezing through the set list on top form.

At times, perhaps too comfortable with the classics, Harry only performed the bare minimum of effort expected. She did however show an impressive vocal ability throughout, highlighting her incredible talent.

The rest of the band complemented one another as each member had their own moment to shine, demonstrating the band’s cohesion as a unit. Despite the band having multiple change-ups throughout their history they were extremely strong and it seemed as if they had been all together since their inception.

One of the main highlights was the band covering The Beastie Boys’ ‘(You Gotta) Fight for Your Right’ which caught the audience off guard and raised the atmosphere after they had perhaps lost it somewhat with newer material.

At times, the 70’s rock attitude did start to wear thin and obviously the performance didn’t have the same impact it would have garnered back in their hey-day. Although, this exact type of punk rock is what made them so successful. With Harry’s attire they had taken a more modern approach with issues that are clearly very important to them.

By the time they finished the main set with ‘Heart of Glass’, the crowd was without a doubt wanting more and left on an extreme high. The band returned for the encore in which Debbie gave thanks to the crowd for their continued support and as they finished with ‘Dreaming’ it was evident that Blondie are as popular as ever and showed no signs of going away anytime soon.