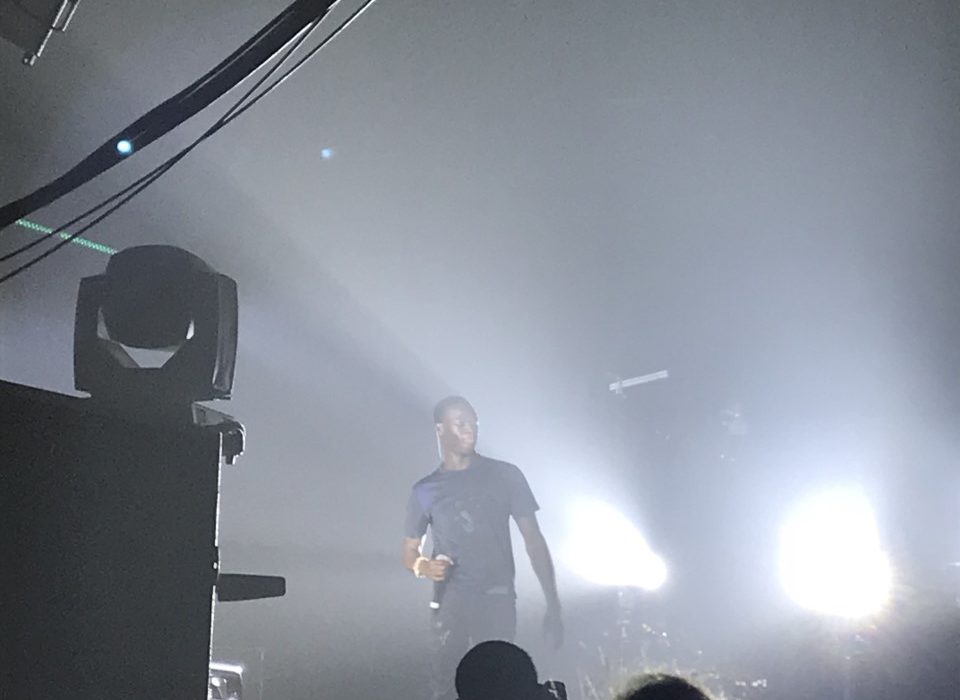 From the instant a flashy Merc was ostentatiously revealed from behind a plush cloth, and as two hype men were enthusiastically introducing the crowd to the gritty underbelly of black British culture, it was clear J Hus wasn’t going to do things by halves.

Credit where credit is due, he made an entrance, encouraging a young crowd that if you believe in yourself then you will eventually earn respect. Shirtless and brimming with confidence, the young grime star flowed through lyrics and tracks effortlessly. Unfortunately at times he became lost in a conflict of style over substance.

Common Sense tracks dominated the show, but due to a series of time-filling reloads by the DJ, tunes merged into a pool of similar beats and rhythms, making the set mundane at times. The opening was explosive, with tracks Bouff Daddy and title track Common Sense tangibly elevating the energy level.

J Hus is clearly a natural at what he does. A fusion of grime and Afrobeat influences automatically gave him a head start with a unique live sound and a party-esque atmosphere heightened by the multiple bodies on stage and the intrinsic passion born out of music from the streets.

But there was something missing, and that was variation. He’s a master of capturing his life through lyricism and presenting it in a form unique to the current landscape of British music, but there was an element lacking from his live presence, and it is debatable whether the force behind those lyrics was translated on stage. Maybe it came from a distinct lack of movement, but there was potential there with the strength of his music to blow minds in that environment with the right crowd, and unfortunately it felt like this opportunity was missed.

Highlights came at the end of the set with singles Did You See and Spirit, which pulled the set out of its repetitive slump and injected some variation into the performance. Call and response moments worked effectively with the crowd, as fans idolised the hooks of the J Hus success story.

For a young artist on a headline tour, it was a mighty effort to impress with style. But if J Hus had concentrated more on how to present his powerful music with a physical platform, the show would have achieved more successfully what his music strives to do.