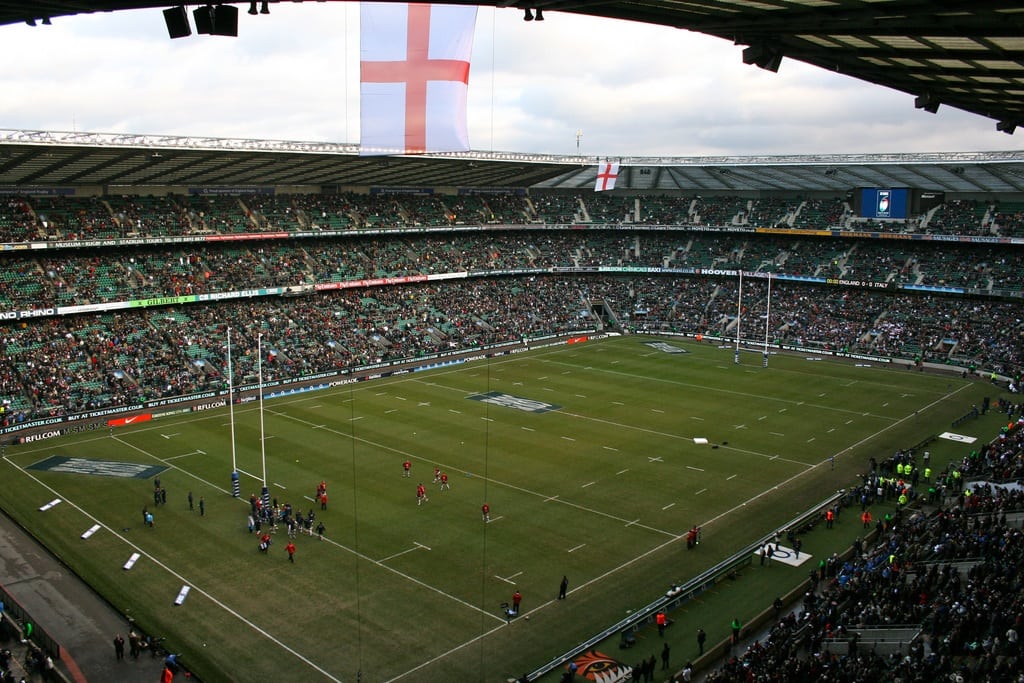 Luck on England’s side as they beat Australia 30-6

England extended their winning run to five at Twickenham this weekend with only one loss now in the past two years. Although the score may suggest it was a one way street, there were several decisions called in favour of England that perhaps wouldn’t have been with a different referee.

England’s Head Coach, Eddie Jones, certainly did not appreciate being questioned about his side’s luck in his post-match press conference. “Why do we have a referee? Why do we have TMOs? I don’t understand the question,” Jones said angrily. “How were we lucky? Ten replays of the video and they make a decision. This is the best referee in the world for today, they have the best guys doing the TMO and you’re saying we’re lucky because the decisions went our way? Sorry, sorry, sorry, I’m sorry we’re lucky.”

His Australian counterpart Michael Cheika also let his anger get the better of him but during the game rather than after. The Wallabies had several decisions go against them, including losing captain Michael Hooper and full-back Curtly Beale to the sin bin within seven minutes of each other at the end of the first half. Hooper’s yellow card was his eighth in international rugby making him the most yellow carder player in test history. They also had two tries ruled out that would have seen them take the lead.

It appeared that Cheika mouthed some derogatory words aimed at the referee, Ben O’Keeffe, when their first try was disallowed in the 27th minute. Jon Davis, who is the disciplinary officer for the Autumn series of international has said that he is investigating the reports. “Following various media reports and a referral from Wolrd Rugby, the comments and conduct attribution to Michael Cheika are being investigated. An update will be issued tomorrow [Tuesday 21st].”

The first half, while thoroughly even and entertaining both off and on the pitch, contained few points. The score stood 6-0 to England after two successful conversions by Owen Farrell. Despite starting the second forty with only 13 men on the pitch, they didn’t concede any further points, instead bringing the score back to 6-3.

It took 54 minutes for the first try to come and my what a try it was. The ball is cleared by an English player and it bounces just inches from the touchline. The Australian player leaves it thinking it’s heading out of play but it doesn’t, gifting the ball to Elliot Daley. His work is far from over though and he kicks the ball twice more before touching down for five points, Farrell converts to make it 13-3.

Foley scores a penalty to bring the Aussies with one converted try which they almost get in the 70th minute. Koroibete breaks through England’s defensive line and seemed to touch the ball down but O’Keeffe referred it up to the TMO. Upon seeing the replays it looked fairly innocuous yet the TMO deemed that Moore obstructed play enough to give a penalty the other way. At this Cheika became incensed.

Australia just conceded from here on in and England scored three more tries through Jonathan Joseph, Jonny May and Danny Care, one of which was converted. The final score, 30-6, is the largest margin of victory England have ever had in this fixture, surpassing their previous best of 17 points from 2010. Owen Farrell also became England’s all time leading points scorer against Australia beating the record of 114 points set by Jonny Wilkinson.

The game was far closer than it seems with the match a dead heat for 70 minutes. England will take a lot of confidence from this going into their final game of the year against Samoa who narrowly lost their two games thus far against Scotland and Romania 44-38 and 17-13 respectively.