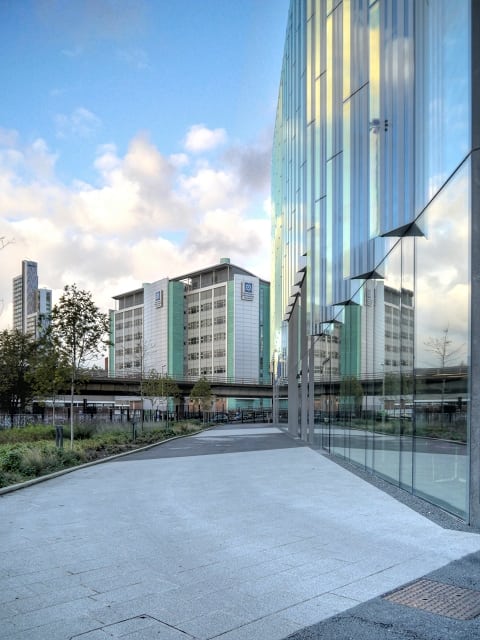 Now in its tenth year, the league table ranks scored 154 universities, awarding them a First class degree, 2:1, 2:2, Third, or Fail. These scores were based on criteria like environmental policy, performances in carbon reduction, recycling and more.

Results were released on Tuesday the 14th of November, and it’s part of a bigger campaign by People & Planet, a student-led network which aims to “end world poverty, defend human rights, and protect the environment”.

Hannah Smith, co-director of research and campaigns at People & Planet, says “The league table was a eureka moment; universities love rankings, and finally we would produce one led by students! By 2010 it was clear that this was going to be a game-changer.”

Manchester Metropolitan University came out on top with a score of 77.6 per cent — a university which sees green practices like electric car hire scheme, desktop recycling bins, and water re-use on campus. Education for sustainable development is also being introduced into all of the university’s courses.

“We had clear aims: to make transparent the sustainable development of publicly funded universities,” Smith adds, “to create competition in the sector that would drive environmental and ethical performance, and to empower students and prospective students with the understanding of whether and how an institution was taking responsibility.”

Newer universities dominate the ‘First class’ category, Russell groups, in comparison, trail behind. The University of Oxford rank 54th, whilst the University of Cambridge holds 58th position. The University of Manchester come in at 71 overall, with a total score of 39.1%, despite being the first university in the world to be named a ‘Carbon Literate Organisation’.

There is a substantial improvement across all universities since the first league table ten years ago. 85 universities now recycle more than half their waste, compared to only five in 2007. “The number of universities employing environment staff doubled and in 2013 we celebrated a milestone — 100 per cent of all universities had finally set policy on their environmental impacts.” Smith says, “Our table has consistently and unashamedly held universities to account over the last decade”.