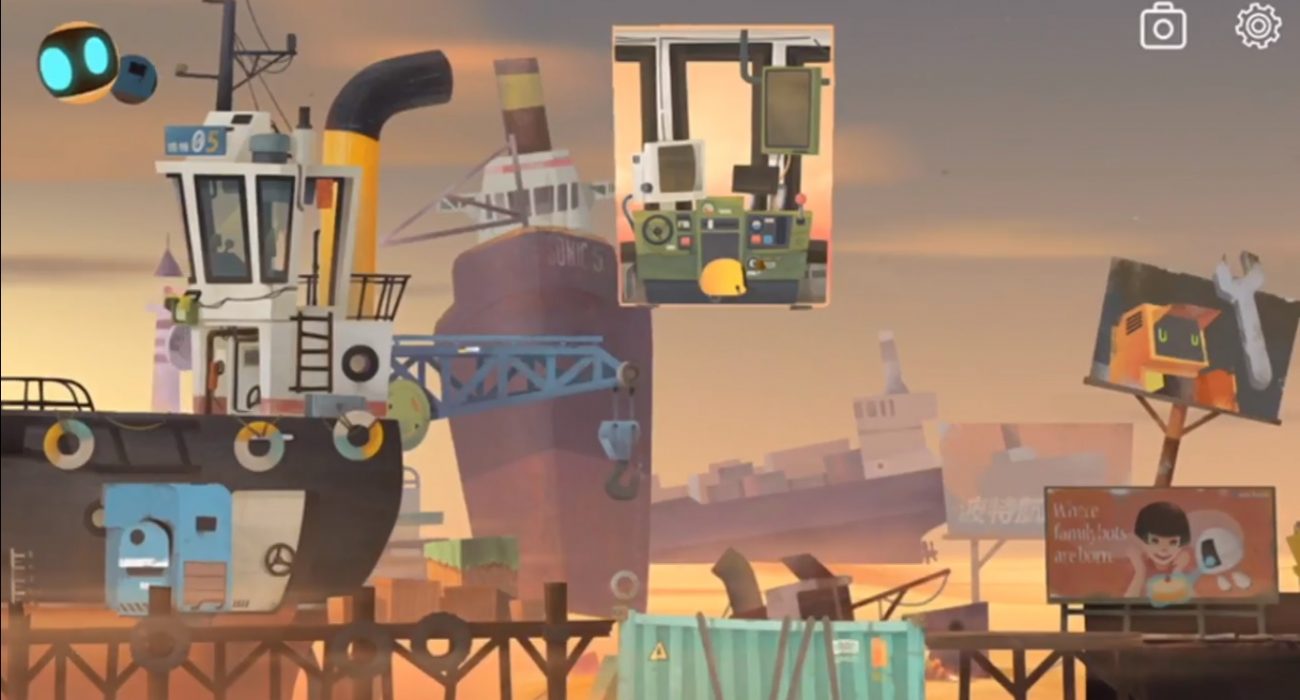 Lilith Games, the same individuals behind other mobile games Shooty Skies and Art of Conquest, have recently had the honour of holding the front page title on the App store as Game of the Day for their latest release: Abi.

Following the story of Abi and DD, two robots built for different purposes, their adventure towards Metropolis in a post-apocalyptic setting takes them across familiar and yet divergent landscapes, solving puzzles to reach from A to B and learning about the backstories of other robots along the way.

Now, in terms of mobile gaming, people have different needs as to what kind of games they are interested in: whether they would like a freemium-type adventure where you dedicate hours and money to level up and connect with an online community or a simple, repetitive game that they can play in-between lectures.

Either way, little attention has been paid to indie games which are narrative driven or stem outside of the freemium structure. It is true that indie games are given a larger platform with game awards such as The Game Awards and BAFTA Game Awards, but in terms of having a larger community of players, there is a contrast. Taking this into consideration, Abi may just be the game you’re looking for.

You start the game as a WALL-E type robot, Abi, falling into an abandoned warehouse and told to explore this new area. Soon joined by DD, you are then taught how to switch characters in terms of function, how to move around your location by tapping on either the left or right-hand side of the screen, and how to interact with objects by tapping on the gear logo that hangs above each object.

The way the controls work was already proven to be problematic, especially when playing on phones rather than tablets with a larger screen. Before you learn to use the functions further, immediately you come across your first robot, and it is there that you learn of your quest: to find DD’s friend, a little white bird. From there, you leave through the barred doors and venture outside into the wasteland.

From just my first impression of this world, it is apparent that the sound design functions perfectly for this type of game, and accompanies the landscape so beautifully that you already feel for these characters and their situation. You come across robots that feel the need to stay where they are rather than venture forward because they feel abandoned or they have nowhere else to go.

Despite the repetitiveness of talking to these robots, or solving these puzzles, the locations are sure enough to keep up your interests. There are diners and warehouses, empty homes filled with letters and stories, laboratories with hidden secrets, caves under the Earth piled high with junk-metal and revengeful creatures.

Which is why I have just one question: why wasn’t this game longer?

The world is so immersive, that by the time you want to explore more, you have reached the end. This game can easily be completed within an hour, and for £2.99 (IOS), this is what truly sets the game back. There is so much material to work with and, if the game is successful enough, maybe a longer sequel will be developed. Either way, if such a game were to be in development, it would get my full support.