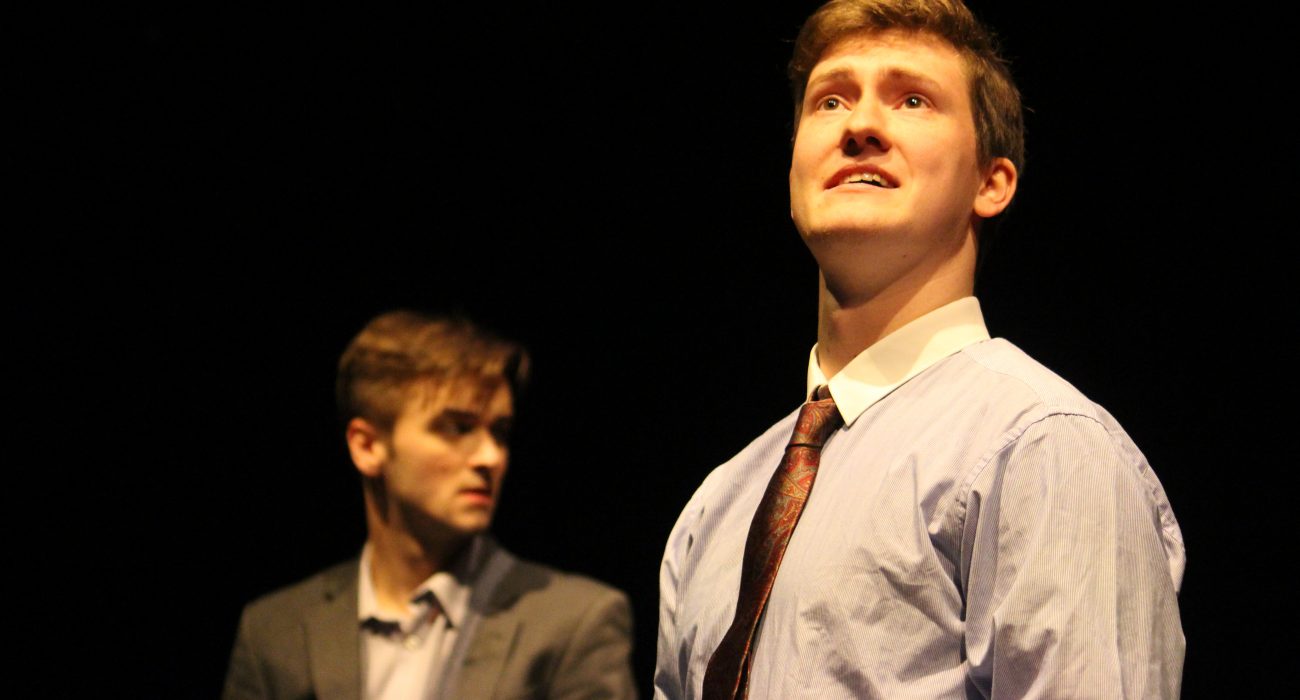 Holes was a fantastic, energetic, and engaging performance to open up the Drama Society’s Autumn Season plays.

The razor-sharp, hilarious, darkly comedic script at times had the audience in stitches. The story line followed three conference organisers and a sixteen year old who are the sole survivors of a plane crash and soon decide that the world has ended and they are the last living humans on earth. We then follow each of them as they decide how to deal with their new current situation.

As we move into the second act, the play begins to transgress comedy and move into a darker and harrowing more landscape, both emotionally and physically. We begin to see a darker side of humanity, in particular through Ian’s obsessiveness and desire to return to baser human instincts.

The cast and creative team were particularly successful in executing the tension between comedy and the stark reality of this new civilisation.

The traverse staging was particularly effective, although at times the whole space needed to be used rather than just a small section of it. On the whole, however, this was used effectively. The scene changes were swift and efficient with a fantastic music to accompany these by Duncan Bradley.

In particular, the different use of suitcases was very effective, especially in the ending scene when Gus was trapped in a hole made of suitcases and sand thrown over him. A few key moments of comedic potential were missed — in particular, some of the euphemisms between Ian and Marie.

On the whole, however, each scene was very funny and well-paced. A particularly incredible performance by Jack Allwright who played Ian, who was hilariously witty, nuanced in his responses, and really brought his character to life. Scarlett Gorman played the scared sixteen-year-old very well and was a fantastic contrast to the other three characters through her very convincing performance.

On the whole, the acting was of a very high standard as was the play. Really worth the watch.

Holes was the first performance in the University of Manchester Drama Society’s Autumn Season 2017. Tickets for the remainder of the season can be purchased from here.