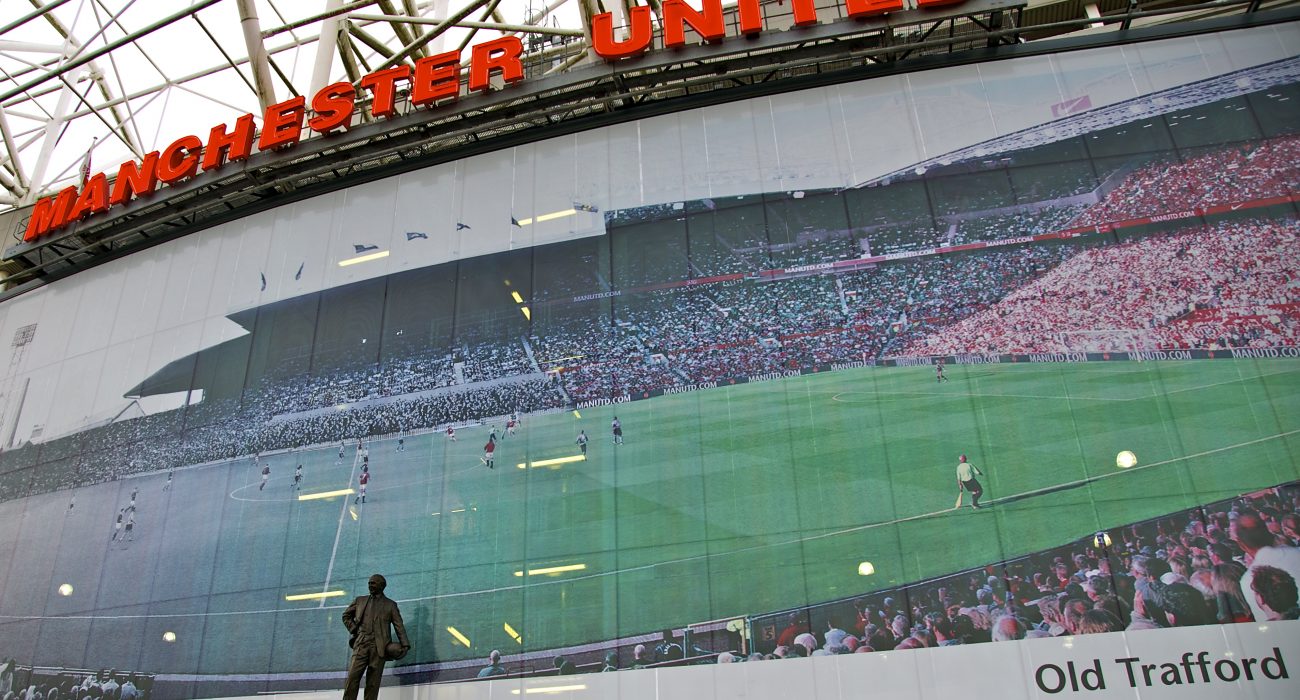 If Mourinho’s team can win this game it will equal the record of 39 games unbeaten at Old Trafford set by Sir Matt Busby in 1966. He will be facing a strong test from Chris Hughton’s side who currently sit in ninth place, an impressive start to the season from the newly promoted team.

There are five changes from the side that lost 1-0 to FC Basel in the midweek, the same 11 that beat Newcastle though. De Gea takes over goalkeeping responsibilities behind Valencia, Lindelof, Smalling and Young. Pogba and Matic make up a strong defensive partnership with Mata, Rashford and Martial playing in front. Lukaku once again is the lone striker.

Hughton said that it is games like these they got promoted for and in the open exchanges you can tell they are really making a go of it. Brighton have only beaten United once in their history and he will be hoping that will all change today.

Some good passing play between Martial and Lukaku gives the Belgian a very presentable opportunity. He completely fluffs his lines though and the ball goes closer to the goals in the Etihad than here. Rashford seems to be playing next to Lukaku with Mata on the right hand side. A more traditional 4-4-2 formation for the Red Devils.

Less than a minute later a lovely little one-two from Knockaert puts him into a very tasty position. He had the option to slot it into the far corner or pass it across to Glen Murray and he seemed to choose a combination of the two. You don’t know how many chances Brighton will get this game so they need to make the most of them.

Brighton are doing a fantastic job of keeping United from penetrating the defence. The have two rigid defensive lines of four with one player floating between the two and Murray alone up top. It means that Untied commit a lot of players forward to try and find a way through and as soon as they lose the ball Murray holds the ball up brilliantly and set off the counter attack.

Martial receives the ball on the edge of the penalty area and makes a run into the box before tumbling down. The referee Neil Swarbrick isn’t swayed by the shouts for a penalty. Upon watching the replay there was certainly contact but the way in which he made the most of it definitely didn’t help his cause.

United have had 63% if possession in the opening 20 minutes but there is no sign they’ll convert that ball time into any goalscoring opportunities. With Rashford playing as a striker it means Brighton have an extra man in midfield when they turnover the ball, helping them to quickly move the ball into the opposition half.

Mourinho seems to have noticed this problem and has moved Rashford over to the right hand side and Mata is now playing just off the shoulder of Lukaku. Even still they can’t seem to hold the ball in the middle of the pitch at all.

The Seagulls had a free kick in a very promising position and committed most of their squad forward, with defenders like Dunk who are very good in the air. When they ultimately lost the ball they managed to get all their players back behind the ball before Rashford could even get into the Brighton half. This team is very well drilled and I can see them grabbing a neat set piece goal.

Valencia gets the ball on the edge of the box with cries to shoot from the fans. He winds up but then works the ball round the defender and crosses the ball in. Matic is in a perfect position to head the ball towards goal but a backwards jumping Lukaku snatches it from him and misses. In a position like that Matic should have really called for it, a goalscoring opportunity wasted.

Just on the stroke of half time Matt Ryan makes a fantastic double save. Rashford cross the ball to the far post, Lukaku heads the ball straight at the keeper then Pogba pokes the ball with an outreached leg which is also saved. He gets a kick for his troubles and the physio comes on but thankfully he gets back up and plays on.

At half time Chris Hughton will be very impressed with his teams performance. They have restricted Manchester United’s attacking opportunities to crosses and long shots while looking dangerous on the attack as well. Mourinho will have to find a way to break this team down or face the gap between his side and City increasing.

In the opening exchanges of the second half there seems to be more gaps forming in the Brighton defence. Mourinho are trying to pick up the pace and work the ball forward faster than they can get back into position. It is working too as they have come quite close to breaking through.

Lindelof makes a strong tackle on Knockhaert to win the ball. Knockhaert stays down injured but United play on for a couple of minutes, trying to take advantage of the extra man. Boos from the Brighton supporters are deafening when the ball finally goes out but the tackle was clean. When play does resume the away fans boo again as United kept the ball rather than returning it. Murray gets a yellow card for taking issue with the referee over it.

Manchester United can’t seem to find a way to break the deadlock so in the 61st minute Juan Mata comes off for Zlatan Ibrahimovic. At least initially he and Lukaku play up top together. There is a danger that there are too many forwards on the pitch for United now, and with them all wanting to run into the same areas, they could cause their own problems.

Before the game Chris Hughton said his team will have to play well and get lucky. Unfortunately his team just got very unlucky. The ball comes out to Young on the edge of the box and his shot is deflected massively away from Ryan’s gloves into the back of the net. They will be disappointed to concede this way given how strong they have been in defence.

In the background though you can see Lukaku kicking out twice at the player behind him in frustration, connecting once in the groin. If the player went down it would have been a straight red card. Even still it will probably be looked at by officials after the game and he could be facing a three game ban missing the Manchester derby. A stupid move by the player.

Anthony Martial makes way in the second substitution for United to make way for Mkhitaryan. The Armenian has a point to prove after Mourinho dropped him from the squad because of a string of bad performances.

Brighton haven’t quite been able to challenge the United defence as much as they had in the first half but in the final 15 minutes they are committing more and more players forward in an attempt to come away from Old Trafford with some points.

The final substitution is Rashford for Fellaini. I would have thought Pogba would make way because he looks to be tiring quite a lot in the closing stages of the game but nonetheless Fellaini will sure up the team in the midfield area.

With both sides tiring the game is getting sloppy and either side could realistically grab a goal. Mourinho is telling his full backs to stay back on possession to maintain their defensive strength. Duffy gets a yellow card for an incredibly late tackle on Ibrahimovic, highlighting the tiredness and wavering concentration of the players on the pitch.

There are five minutes added on at the end of the game but neither side are able to hold possession of the ball for long enough to threaten in attack. It looks like the game will end 1-0 and United will equal the record of Sir Matt Busby for longest undefeated streak at home.

Neil Swarbrick blows the whistle for full time. It was a hard fought victory for United, who can’t afford to drop points if they want to keep within touching distance of Manchester City. Their next game is away at a Watford side that is sitting in eighth place under Marco Silva. It won’t be a simple match for Mourinho either.

The next game at home is against CSKA Moscow on the 5th December. If they avoid defeat then Mourinho will set a new record with the club.