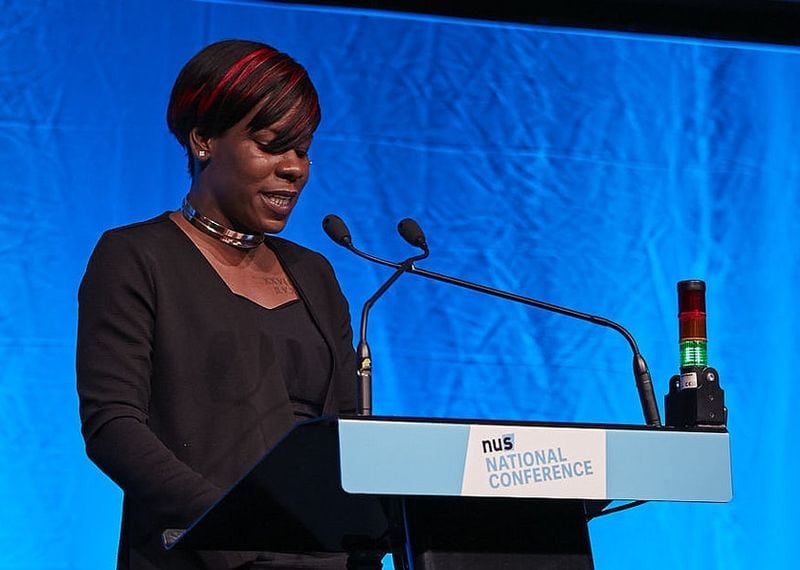 The NUS has “failed” students, says the University of Manchester’s Campaigns and Citizenship Officer.

Deej-Malik Johnson, who spoke at the National Education Demo, later told The Mancunion of his disappointment that the NUS did not back the Free Education Demo in London, in which thousands of students took part on the 15th of November.

It is one of the NUS’s key policies to campaign for free education.

Organised by the National Campaign Against Fees and Cuts (NCAFC), the protest demanded the abolition of fees and the provision of living grants for all.

The NUS National Executive Council (NEC)  Parents and Carers Rep added that “it’s important for people to remember… when it came to fighting for students’ right, who was there and who wasn’t there.”

Shakira Martin, now NUS President and then NUS Vice-President Further Education, spoke at the 2016 National Free Education Demo, which was supported by the NUS.

A motion to support the 2017 demo wasn’t discussed by the NUS at the NUS National Executive Council meeting on the 28th of September 2017.

Deej said that “it’s NUS policy to support the fight for free education, it’s one of our core demands for a free and liberated education” and that supporting the demo “would mean helping to publicise it, it would give a little bit of legitimacy to it.”

Speaking to The Mancunion about why he believed the withdrawal of support was significant, Deej-Malik Johnson said: “Manchester is always going to send a coach down to the National Education Demo because we’re the largest Union in the country, we’ve got the ability to do that. Whilst a lot of other unions who are maybe a little bit smaller or who don’t necessarily have that political culture, they often wait to see what the NUS does.

“The president made it clear that this motion was not to be discussed and basically, that’s all we know.”

“For some reason, the leadership of the NUS did not feel the right for free education was important or a priority”, adding that “there are certain people within the NUS who are ideologically opposed to free and liberated education.”

In a blog post explaining the decision, NUS President Shakira Martin said: “I have acted in the way which best represents the will of our National Conference, the students I have met across the country and the majority of our membership.

“At the most recent National Conference, our membership voted not to discuss a motion for a free education demo. Then they voted not to bring this motion to NEC.

“To me this is very clear: after a big national demonstration last year, our membership don’t think another one should be a priority. They don’t want NEC to make that decision either. That is the will of students’ unions which we need to respect.

A 2016 University of Manchester NUS delegate, who wished to remain nameless, defended Shakira Martin and told The Mancunion: “NCAFC have a horrible reputation, they are a bunch of commies and have upset the NUS President personally on multiple occasions.

“And Shakira (the NUS President) is right. It’s been voted against at conference and try to get around the vote is typical of NCAFC.”

Commenting again on the lack of discussion at the NUS NEC meeting, Deej-Malik Johnson suggested that “somebody has made a decision and somebody has had a word with somebody and said that we can’t support this”, adding that he thought it was a “factional decision being made by a certain wing of the student movement which goes against the blatantly declared wishes of students.”

Deej said: “we all got elected on a mandate and one of the biggest things that we can go do, the most important thing you do as an elected official is to follow the policy of your organisation and to represent your membership and the NUS failed us that day.”