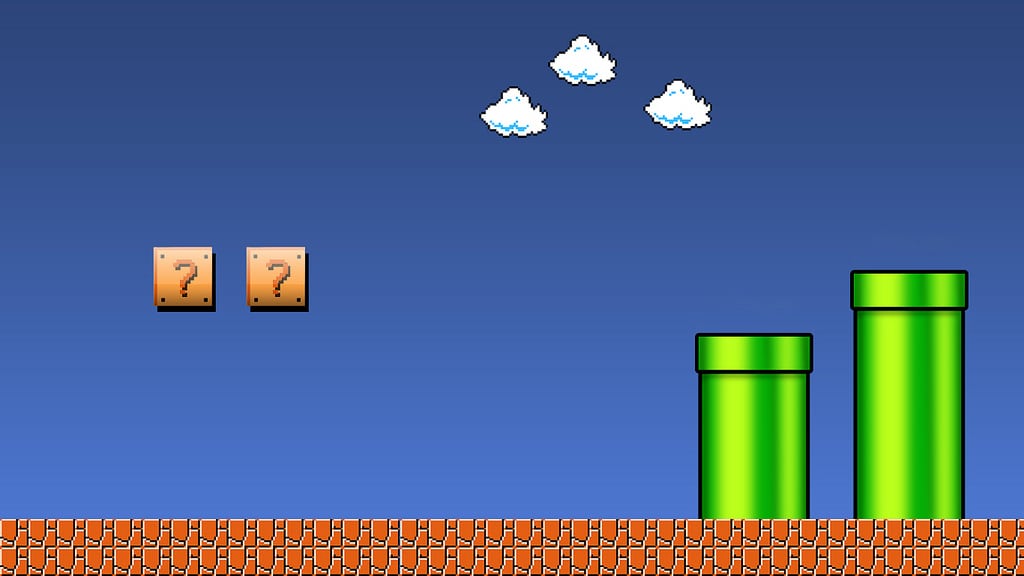 Level design is one of the most important aspects of any game, regardless of genre. Here are a few instances of exemplary world design.

The design of Destiny 2’s Leviathan raid is incredible in more ways than one. Visually, it is stunningly golden and bright, a regal contrast from the degraded, worn out visuals of the European Dead Zone and other areas of the game. Oh, and it’s also an enormous world-eating space ship, with a palace on it.

Furthermore, its design is smart and challenging. The dense jungle maze of the Pleasure Gardens and the Gauntlet require constant, clear team communication, and are great examples of not only graphically impressive design, but of encouraging (and indeed, requiring) teamwork.

Finally, the underbelly of the Leviathan is a labyrinth of loot and more puzzles, which literally requires a map to navigate.

Photo: Bungie. My fireteam looking upon the formidable fortress of the Leviathan.

This is a weird, old one, at 12 years old. SWAT 4 is a tactical shooter where you’re encouraged to disarm and arrest suspects, rather than putting bullets in their skulls like in more modern games focused on the special forces, like Rainbow Six: Siege.

The Fairfax Residence is an example of simple yet clever level design. This level is set in an average suburban home, and is much less complex than many of SWAT 4’s missions. However, what makes this level special is the eeriness infused in such an ordinary setting.

This is partly down to the suspect in this mission being a serial killer/rapist/general weirdo, and his creepy murder tunnels hidden in the basement. As one of the game’s first scenarios, you really are on edge as you breach and clear the building room by room, looking for hostages and more importantly, the shotgun-wielding psycho.

The Witcher 3 ’s main area, Velen, is a bloody, war-torn battlefield. Toussaint couldn’t be any more different. Inspired by France, Toussaint is a gorgeous duchy, filled with vineyards, rolling fields and more bright colours than the rest of the world combined.

As with all things Witcher, behind the pretty face is a land full of banditry, monsters and vampires, although not even the murder and brutality get in the way of Toussaint’s beauty.

Toussaint’s Beauclair Palace is a standout feature, and is immediately more impressive than any landmark from the rest of the game, including Kaer Morhen, the Witcher fortress.

The design and beauty of Toussaint is part of why Blood and Wine is probably my favourite expansion for any game, period.

Photo: CD Projekt Red. Beauclair Palace in all its glory.

The D.C. Wasteland is beautifully depressing. While I prefer Fallout: New Vegas as a game (possibly my favourite game ever), Fallout 3 takes the cake in terms of level design and atmosphere.

Washington D.C. really does feel like it’s been hit hard by a nuclear war, which even Fallout 4 was a bit too bright to realistically portray. The sense of awe when emerging from Vault 101 for the first time is something that New Vegas and Fallout 4 failed to replicate. Washed out, grey colours have never looked so good.

The D.C. Metro is especially creepy; dark, decrepit and filled to the brim with raiders, feral ghouls and super mutants. Back in 2008, these areas genuinely scared me, and they still do a bit today. Exploring the post-nuclear remains of real life monuments, like the White House, Capitol Building and Lincoln Memorial, is a dark and fascinating experience.

The Legend of Zelda: Breath of the Wild – Hyrule

I was suspicious of Nintendo’s decision to make Breath of the Wild a completely open-world game, but in the end the result is spectacular. One of my biggest gaming gripes is when developers create large open-worlds with little substance, but Hyrule rises above this. The world is littered with hundreds of activities, puzzles, and more memorable side quests than you’d find in Skyrim.

Just wandering around the forests, desert, snowy mountain tops or lava fields of Hyrule is an absolute pleasure, and few games have made me want to explore aimlessly as much as this one. There are hidden secrets, collectibles and even some easter eggs to previous The Legend of Zelda games that are a joy to discover.

Even though I played on a WiiU at a lower resolution and half the framerate of the Switch, this iteration of Hyrule shows Nintendo haven’t lost their touch.