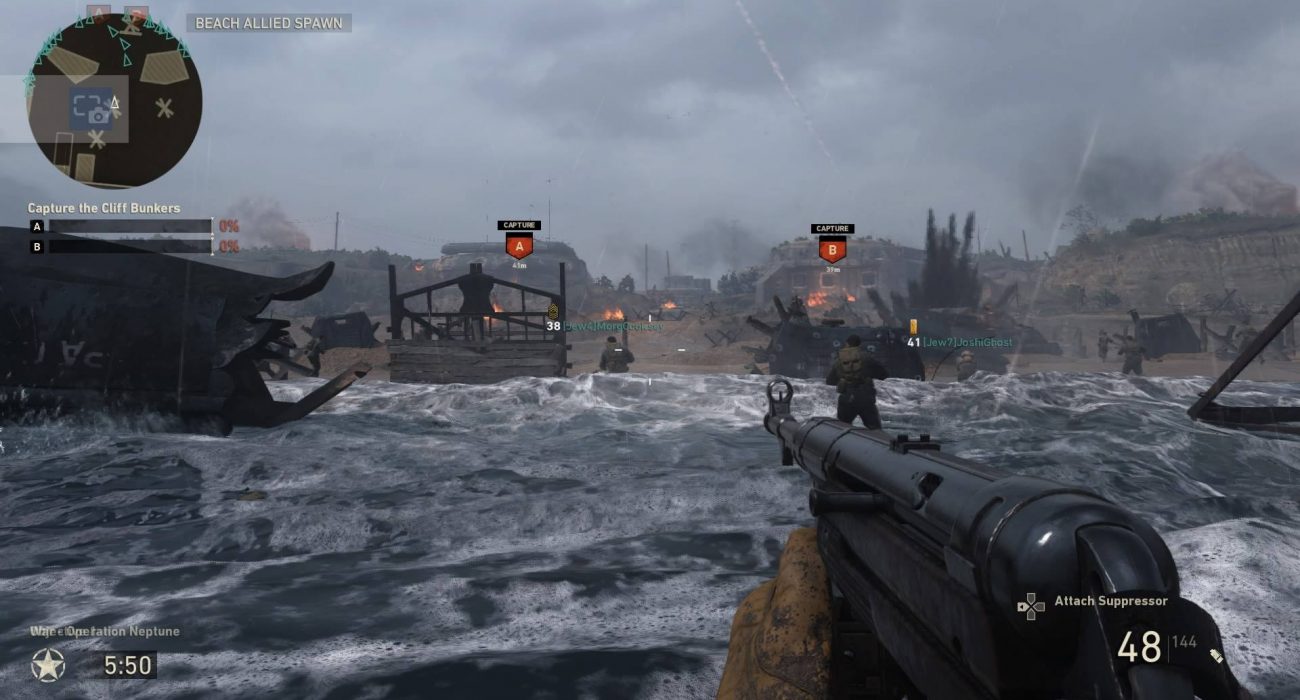 In defence of toxic behaviour in online gaming

When is multiplayer gaming at its most fun? Undoubtedly, there’s something beautiful about working together with friends to complete an objective; of knowing that you’re part of something greater than yourself. But I truly believe that nothing — not even the warm, fuzzy feeling of teamwork — compares to the satisfaction you earn from violating the trust of your fellow players and ruining the game for everyone with your childish, toxic behaviour.

Don’t get me wrong — I’m not like this all the time. Ninety-nine times out of a hundred, I’m a model teammate; I call out enemy positions, I play the objective, and I dish out revives like they’re going out of fashion. But every so often, you get the kind of itch that only wiping out every member of your own team with an expertly-timed rocket launcher can scratch.

Of course, such behaviour is more than a little frowned upon. Team killing and ‘griefing’ are offences that will see you banned in many games, and rightfully so. It’s never funny when you’re on the receiving end — a fact which, unfortunately, only serves to make it funnier when you’re not.

Having said that, I don’t think transgressions like this reflect as badly on the gaming community as many would have you believe. On the contrary, I think it speaks volumes about the creativity and motivation of many gamers that they can work outside of the system to get what they want. Take Call of Duty, for example. The multiplayer is based entirely on a destructive concept: the killing of other people. Dying because of another player in CoD is already infuriating — it’s specifically designed to be.

Why, then, do I feel the need to innovate new, unintended ways to infuriate and humiliate other players? Because I’m a bad person? Absolutely. But more importantly, it’s because sanctioned activities will always grow dull eventually.

A good example of this actually comes from a time I was not the perpetrator, but a witness. When playing Search and Destroy, my team were tied 3-3 with the enemy and we were on the final, deciding round. Our team had all been killed save for one of my friends, leaving him alone in a 1 vs. 4 situation. Displaying uncharacteristic finesse and skill, he quickly dispatched the four enemies, leaving only a bomb needing to be defused standing between our team and a hard-earned victory. A bomb which he walked calmly over to, began to defuse, and then summarily dropped and allowed to explode.

His reasoning was simple: he thought it would be funny. And it was funny. But if I were to theorise about the deeper reasoning behind his actions, I’d say that he had already achieved the maximum amount of enjoyment from playing by the rules; he’d proven that he was better than the other team. All that was left, then, was what I’m sure you’ll agree was an obvious choice: to gain further enjoyment by stealing it from others, by denying our victory and invalidating the enemy’s. He lost the game for everyone that day, but won my eternal respect.

The point is, the intended multiplayer experience — the teamwork, the winning, the losing — isn’t always enough. When you’ve seen all a game has to offer, it’s time to make your own fun. There are all kinds of positive outcomes from going against the creator’s vision for the game. Just ask modders who fundamentally alter how a game is played, or speedrunners who practise for hundreds of hours so they can race through levels at a pace never intended by developers.

Speedrunner, modder, or wind-up merchant. the results are the same: a bold vision for a new way to play your favourite games. The only (minor) difference is that instead of skill or dedication, my vision is built on the misplaced trust of my fellow players.