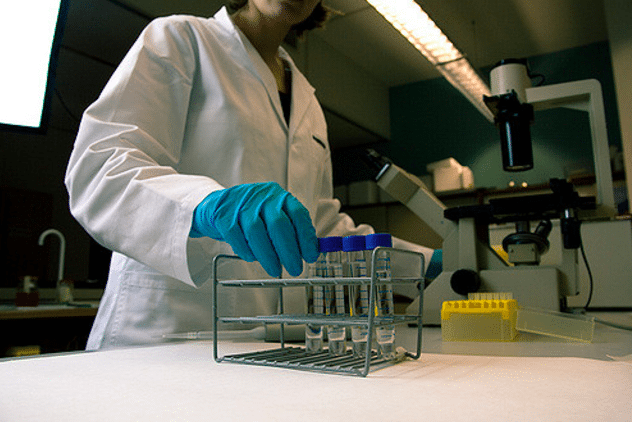 Pharmaceutics company Qiagen is expanding its research into a genomics and diagnostics centre in partnership with the Health Innovation in Manchester, and is expected to create 800 new jobs.

The ‘big pharma’ deal, expected to be a vote of confidence for the government, will be an opportunity to promote the UK’s biotechnology industry and outline its industrial strategy. The first investment was made in London by Merck & Co. from North America, expected to create 950 jobs, which was followed by the plans for investment in Manchester.

Qiagen already employs approximately 270 staff members at a base located at Skelton House near Manchester University. It is uncertain whether the location will expand or move elsewhere.

The deal is not planned to be completed until the first half of 2018 and, if successful, will form a collaboration between Qiagen, NHS Trust, and the UK government.

Speaking to the BBC, the chief executive of Qiagen, Peer Schatz stated that this collaboration was “essential” to the partnership they are investing in.

Developing relationships like this could mean that scientists are more comfortable working in the UK and, following a sudden decline of job applications after Brexit, could encourage international researchers and academics to work in the UK.

Dr Thomas Theuringer, Director of PR for Qiagen, stated that, the company is “considering investing in Manchester because [they] have a very good experience of the skill set available and the people there.

“With an office already in Manchester the city is contributing very much to the success of our business and the growth of personalised healthcare is going to be the future.

“We are developing ways to see whether people are eligible for certain courses of drugs and personalised healthcare and that is why the government wants to invest. We are an absolute leader in this field and we have a great knowledge of the sector.”

Manchester, now considered the centre of the ‘Northern Powerhouse’, has established a foundation for financial development because of relatively low start-up up costs. Theuringer proposed that, “the government and other companies see the north as an engaging and important site in life sciences.”

Amid post-Brexit regrets, EU negotiations, and the government’s ‘Industrial Strategy’, this scheme will boost confidence in Theresa May’s leadership.

The industrial strategy outlines how the government will support more research and development and encourage firms to work on new technologies.

The factors which have been discussed and agreed on in parliament have included: making sector deals to encourage scientific growth, a challenge fund which supports innovation and robotics technology, and research and development tax credit — which has already risen to 12 per cent.

This investment, though a long-term negotiation, may have promising effects for students, academics, and local communities.