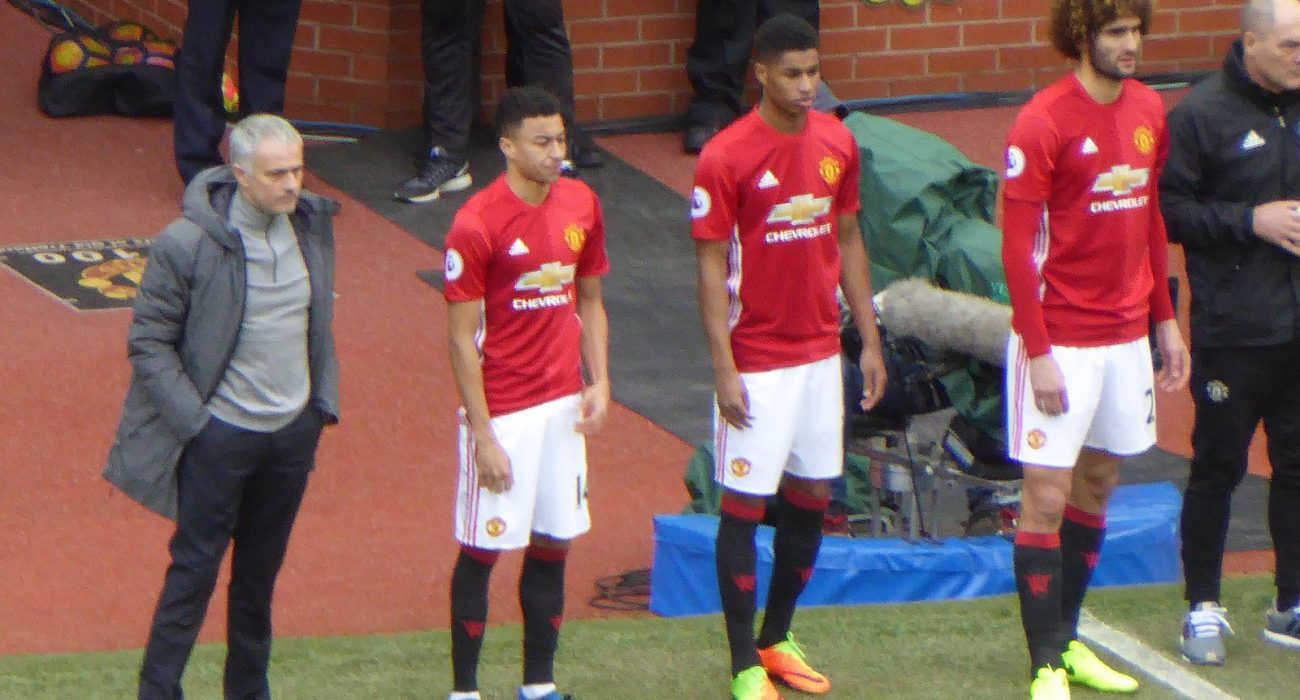 It has been four years since Manchester United progressed to the knockout stages and it will take something stunning to see them fail to qualify. Mourinho rests a number of players ahead of the Manchester derby giving Luke Shaw his first start of the season. With the touch and go relationship between the pair Shaw will be looking to make a big impact.

Sergio Romero starts in goal behind a back three of Lindelof, Smalling and Blind. Valencia and Shaw are the wing backs either side of Herrera and Pogba. Mata sits just in front in the attacking midfield role support Lukaku and Rashford.

It’s almost a repeat of the game against Arsenal on Saturday. Lukaku with a neat pass sends Rashford through one on one with the keeper and his shot beats the keeper. Instead of bulging into the back of the net it bounces off the inside of the post. Lukaku seems to be better and better at linking up with the players around him, contributing even if it isn’t in goals.

Luke Shaw has started this game very well, making two good blocks and looking assured on the ball. He’s still only 22 as well. I think he could become a replacement to Ashley Young when he eventually retires, if he remains fit and if Mourinho doesn’t sell him before then. Should he perform well all game it would be hard to see Mourinho still leaving him out of the squad.

Besides the chance for Rashford this opening quarter of an hour has been relatively tame. Neither side are pressing hard or exerting themselves too much. It looks like United are looking towards the Manchester derby more so than a result here. There is enough quality of the pitch to eek out a result though.

United again unlucky not to score, this time Shaw had the opportunity. The ball gets crossed in by Valencia and Shaw hits the ball on the volley and forcing a good save from Akinfeev. Lukaku gets a rebound to go his way but he can’t quite connect cleanly. There are chances coming often, they just need to take them.

Shaw is really stamping his mark on the game and gives United another good chance. Pogba times his pass perfectly to the Englishman as he darts behind the defence. He tries a pass to the far post but Lukaku is a yard behind it.

With United missing chances on one end of the pitch, a poor backless by Mata almost gifts CSKA a goal. Shaw once more makes a good challenge to stop a shot, the ball runs looks but the eventual shot goes high and wide. That opportunity is giving them more and more confidence.

Just on the cusp of half time CSKA grab a goal out of nothing. Chris Smalling losing focus causes the offside trap to fail, the ball gets dragged back to the edge of the box and the shot comes off the back of a Dvagoev and goes into the back of the net. No one celebrates though as everyone is sure the player was offside.

But as the seconds pass and the flag isn’t raised players begin to realise that it was in fact a goal. Daley Blind was off the pitch behind the goal and was the only player that could have been keeping the player onside. Does Blind count for the offside rule? I don’t know, Paul Scholes doesn’t know, neither does anyone else. I think that’s offside.

At half time the biggest take away is Luke Shaw. He’s playing as if he never left the side due to injury, the same player that signed from Southampton. This could save Mourinho tens of millions in a replacement for Ashley Young, but it all depends on whether Shaw can continue at this same level.

Rashford comes close to an equaliser after a couple of minutes of the second half. He uses his pace to beat the Moscow centre backs but hits the shot straight at the keeper Akinfeev. Finishing seems to be a bit of a problem for the youngster, made worse as Martial is so lethal in front of goal.

The goal just before half time has now been credited to Vitinho who took the original shot rather than Dvagoev who the ball came off. Are they pretending that the ball didn’t come off his back? I’m very confused. We have visual proof it hit him so why are they trying to cover it up?

Another chance for United is wasted this time from Smalling. Mata drills the ball across goal and Smalling gets his head onto it but it’s only the slightest touch, no where near enough to get it on target. You wonder how many more good chances they will waste.

A yellow card for Berezutski for taking Pogba out on the edge of the box. About 20 yards out and very central, it is a fantastic opportunity. Mata, Pogba and Rashford all lining it up. There are ten men in the wall and as Rashford shoots it comes off the tenth. It was a bizarre tactic but if it works it works.

United are ramping up the pressure now and CSKA can’t get out of their own half. It feels like it’s only a matter of time before the score becomes 1-1. Everyone except Romero is pushed up to try and get something from the game but as we saw in the Arsenal game possession isn’t everything.

Pogba shows why he is worth his price tag. He gets the ball around 30 yards out and floats a ball towards Romelu Lukaku. The Belgian is taken down in the box but gets the necessary touch to make it 1-1. He will take a lot of confidence from that goal which will be important for the Manchester derby.

A minute later Marcus Rashford scores to make it 2-1. Moscow give the ball away and United get into a two on two situation. Mata chips the ball behind the defenders and Rashford takes his chance and hits it into the bottom right hand corner. All of a sudden United find themselves in front. United take the opportunity to make their first change of the game. Ander Herrera comes off for Scott McTominay. Another young prospect, he turns 21 next week.

Shortly after the second substitution takes place. Antonio Valencia comes off but not before handing the captain’s armband to Smalling, Tuanzebe replaces him. McTominay, not five minutes into his appearance gets a yellow card for a bad tackle. The final change is Lukaku for Martial. Martial turns 22 today so Happy Birthday to him.

CSKA Moscow are still trying to make something of this game. As the results stand in this game and the other in the group they are certainly in the Europa League yet they are holding out to keep the score relatively even, going as far as forcing Romero to make a good save.

Ultimately though they can’t grab a last ditch equaliser and the game finishes 2-1. Mourinho will be happy with the team’s performance as it didn’t require too many of his starting eleven for the weekend to come on. Young and Lingard were both unused substitutions and the rest they are getting could be pivotal.

It’s interesting that the three players that were substituted all went straight down the tunnel, highlighting just how much emphasis is placed on the next game. Every minute counts in getting players ready and he wants to be in the place shape possible heading into the most important game of the season.