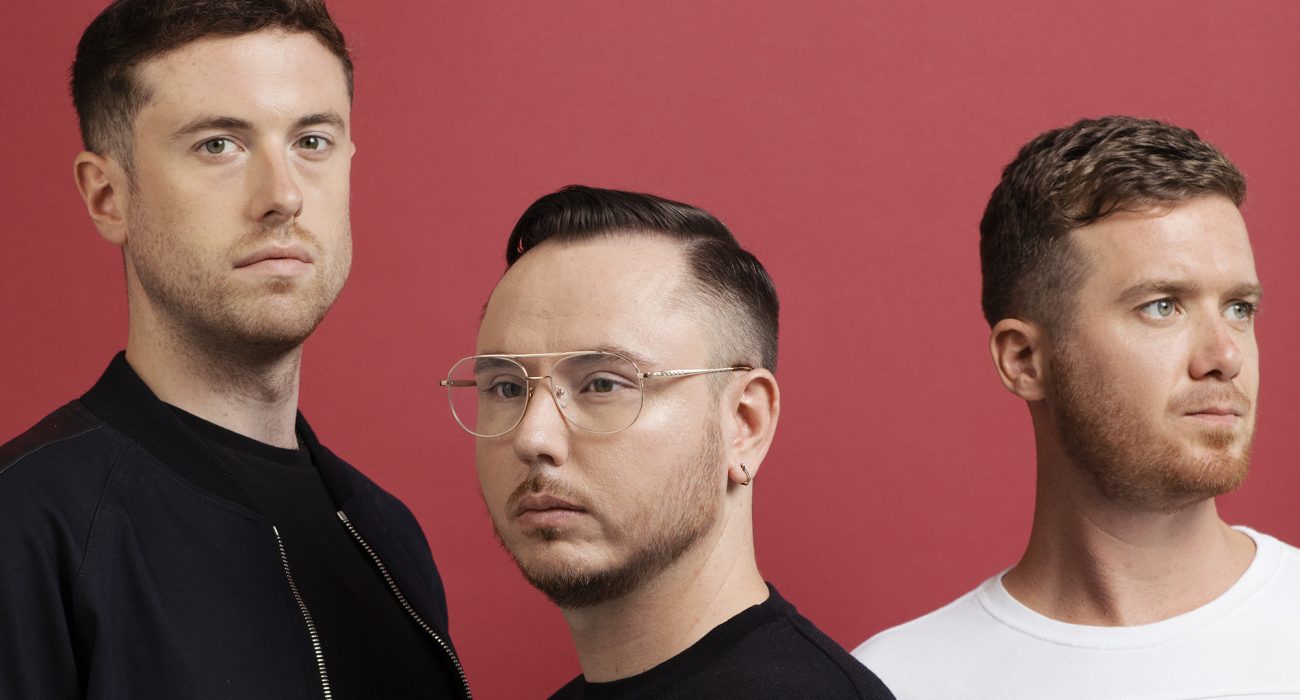 Zoe: Hi, it’s Zoe and Qasim. We are here with Kye Gibbon and Matt Robson Scott, a.k.a Gorgon City. We are at the Albert Hall for their sold out Warehouse Project gig. So firstly, what are your main music influences?

Kye: We both grew up on all kinds of UK underground stuff. We grew up on jungle, drum’n’bass, garage. I was into grime music, we were both into garage and then house and techno. I guess what we do now, we make house music but it kinda has all those influences in it, all the music we’ve grown up on.

Qasim: How would you define your genre to our readers?

K: It does have a UK twist. We play a lot in America and they like us out there because we bring something different because they have the whole EDM scene, they have house music and techno music but we have our own UK version on it, inspired a little bit by garage, jungle, drum’n’bass and I guess that’s why we get booked out there because we bring a new twist on the genre

Q: You do collaborate with a lot of different artists. Do you create the lyrics and the backing and then get a vocalist in or do you get the artist to make the lyrics separately

M: The best way we’ve ever written when it comes to writing songs with singers is to basically get in a room, us two and the singer and then just start from scratch. Play some random chords or a play bassline and a beat or whatever and then write it together and then develop it from there. That’s how we’ve written all of our best tracks. Some times we might get sent an accapella or a demo of a song and we might work on it and turn it into something that sounds more like us but generally the best way to make Gorgon City music is from scratch, with the singer in the room.

Z: So it’s very much a collaboration?

M: Yeah, exactly, rather than a feature. Rather than us writing a song, sending it to a random topliner then writing something to it.

Q: What do you reckon is your best collaboration?

K: That’s a difficult one.

M: Maverick Sabre is always good to work with.

K: He’s an amazing song writer. I think just everytime the best songs we’ve ever done have always been with him in a day or even less than a day, half a day. We write the song in one day in a studio session and then when the singer leaves, we’ll have a really basic skeleton of the track and then me and Matt will build the track around that. That could take a couple of weeks, but the actual songwriting phase of it, that just takes a day. Its just like get in that zone and write whatever comes out.

Z: A lot of our readers are young DJ’s themselves. When you’re on stage, what is the actual gear you are playing?

K: When we DJ like tonight, its just Pioneer, just the standard club set up. Pioneer, mixer and CD DJ’s but when we play live we want to do it as far away from that as possible. So when we play live its almost like a proper band. We have a live drummer with us, we have two vocalists and me and Matt play everything live so we have keyboards, synthesisers, drum machines, controllers…

Z: How do you find audiences react to that?

Q: Nightlife is generally dying around the country, you know the whole Fabric situation, but why is it you think Manchester has still managed to stay so diverse? Warehouse Project wouldn’t really exist in any other city than Manchester…

K: For dance music, it is the legendary city. Hacienda days, all kinds of stuff, Sankeys…

M: But its one of those cities that’s got dance music culture in its history…

K: We’ve done it before.

M: Yeah, I’ve come to Manchester just to go to a Warehouse Project loads of times. I live in London which is meant to be the biggest dance capital of even Europe but now its not because there’s no fucking clubs. People from London, people from Bristol, Birmingham, come to Warehouse Project because it’s the daddy of all clubbing.

Z: We’ve got a lot of young musicians, young DJ’s who read the Mancunion. Any final tips before they head into the industry?

K: One thing is have patience because it takes years to get something that you’re into. The other thing is try not to follow trends because with dance music, especially these days there are a lot of trends that go around. We hear it all the time when we get sent demo’s, sent songs where you can tell someone is following a trend. And when someone makes a tune that is true to them, true to their influences and what they want to do. It stands out. You notice it. There are micro-genres. Every year or two there’s a trend that everyone jumps on and every song suddenly sounds the same but then when you get something that sounds different, that’s when you take notice. That’s how people get their breaks, by not following trends.

M: Yeah, be original. It sounds cheesy but stay true to what you love. Stay true to your own passions.