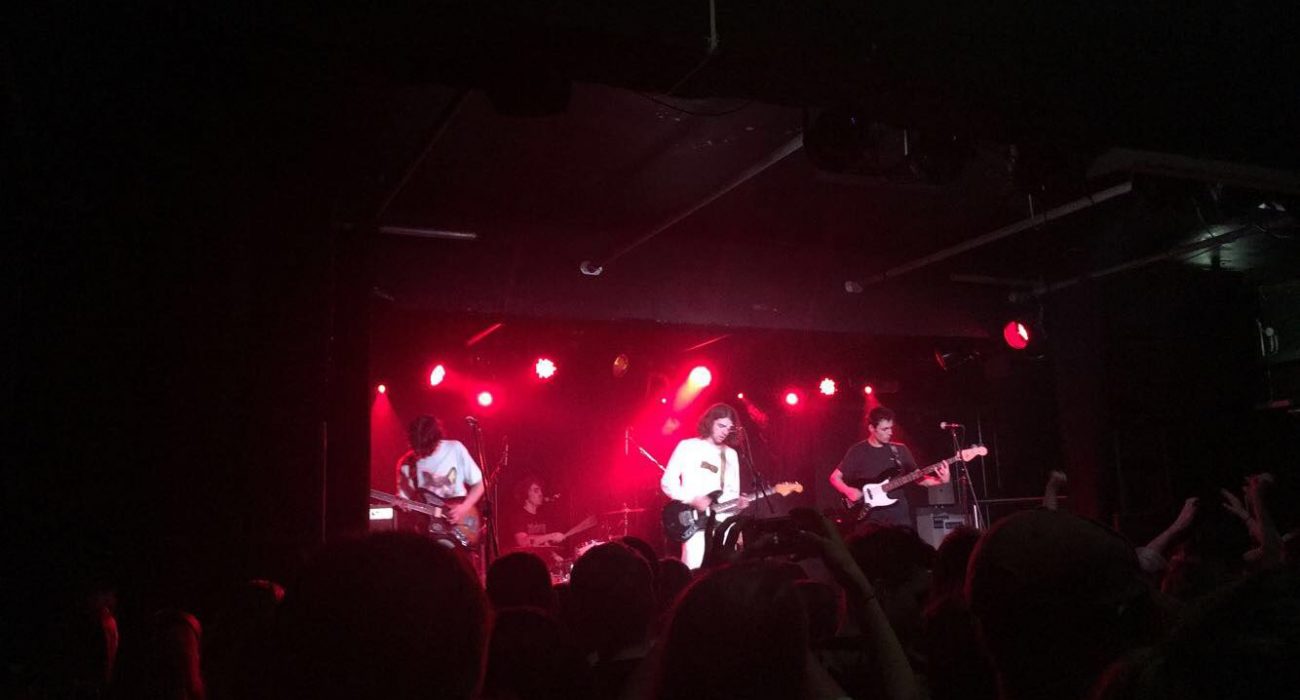 Imagine Catfish and the Bottlemen and The 1975 had a Scouse, slightly synthy, long haired musical baby. The Night Café had that kind of laid back, too-cool-for-school thing really going for them. Their instrumental aspects were intriguing and so was their hair, whilst that Liverpool charm and genuine humility did them wonders.

Sometimes it was too cool — you wanted some effort, some drive, some passion injected into the intimate space, though their tracks were catchy and played right into the young crowd’s appetite.

Opening with ‘The Way of Mary’, the boys launched into some smooth, synthy tunes which dabbled in instrumental fluidity but largely remained rooted in the safe realms of a well-rounded, alternative four-piece. That’s not to say staying in a comfort zone was a disadvantage, they rocked hard and clearly have the right attitude for breaking out into the competitive market.

‘Addicted’ was a particular highlight, the crowd told to “grab a slow-dance partner” and take things down a notch. The innocent, love-struck tune chimed a chord with the young crowd, as the gig took a well-received dip from the heavier stuff.

Other tracks ‘Felicity’ and ‘Mixed Signals’ maintained the cool laissez-faire approach to popular, under-the-radar alternative music, adding synthy instrumentals to spice up the Circa Waves-esque sound. The staging was refreshingly simplistic, and resembled a rough and ready praccy session in the local pub, backed up by the band’s overwhelming appreciation at a Manchester crowd’s enthusiasm.

There are claims that guitar music has died, that there will never be bands like Oasis or the Roses again, but perhaps underestimated is the power of raw, honest indie tunes from Northern cities which still dominate the industry. We forget that times have changed; gone are the naughties’ choppy, lad-about-town fast records, and in have come the trancey undertones of a newer, more relaxed audio which lies in its own special niche.

The Night Café certainly showed signs of potentially becoming a serious player in such a niche, and if their natural ability at Manchester Academy 3 is anything to go off, they will continue to grow and grow.