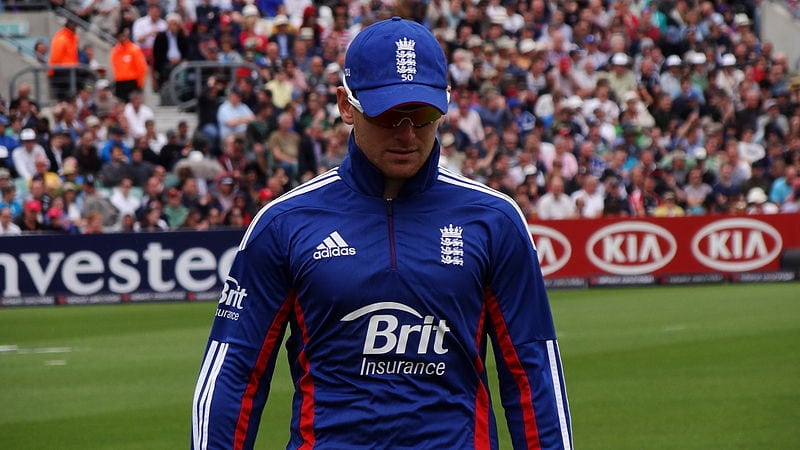 I would say that the fear — and genuine, deeply held fear it is — that Twenty20 cricket will drive out the Test game, has become misplaced. We’ve been playing T20 for only thirteen years, but the game has evolved far enough that it is now basically as close to baseball as it is to the traditional and superior five-day format.

When England first played Australia in T20, Paul Collingwood came in at six, and was actually the top scorer for either side. Most of each team played in the Test side. Watching Australia’s five-wicket defeat of England on Wednesday morning in the Trans-Tasman Twenty20 Tri-Series, it became clear to me that it satisfies fundamentally different desires.

Bourgeois philosophers like JS Mill have argued that there are two levels of pleasure — one higher than the other. I hope I don’t come across as class collaborationist when I admit to realising that, when you compare the hit-and-giggle world of Shaun Tait and Graham Napier with the noble jouissance of Graham Onions, the old liberal might have a point.

Certainly if there was one man embodying Barthes’s conception of plaisir, pleasure, it was Glenn Maxwell, who brought up his second T20 century and Australia’s five-wicket win with a six that went so high that the ball is now the property of Elon Musk. Maxwell’s unbeaten 103 from 58 balls followed on from his 3-10 in two overs in England’s innings, which got off to a good start before petering out somewhat in the middle overs.

Jason Roy characteristically bullied a few deliveries to the boundary before spooning one in the air, and Hales, Malan and Morgan all got in then got out. Malan, the one positive development of the cricket winter, should have been the man the innings could build around, but he didn’t get enough on a slog-sweep after bringing up his half century.

I used to joke hilariously that they should cut out the boring middle overs of T20 by adopting a shorter format. Now, there is a tournament in Hong Kong played across five overs. History repeats itself, first as tragedy then as that.

Jos Buttler and Sam Billings added little, and England limped onto 155/9. The Australian bowling unit in general were as disciplined as one can be expected to be given the circumstances, but Billy Stanlake’s costly spell gave lie to the theory that being visible from space is in itself is enough to make you a international bowler. England were bogged down by the spin of Ashton Agar and Maxwell, and perhaps should have picked a second spinner themselves.

David Willey took two wickets in the first over of Australia’s reply, the brute Warner leathering it to Alex Hales at deep square leg, followed three balls later with a delivery that pitched on middle and took out leg. This brought Maxwell to the crease. The jury’s out on whether T20 teaches us anything about anybody, but Adil Rashid arguably made a step towards the Test side with his spell, which deserved more than the wicket of D’Arcy Short, who fell caught and bowled for 30 – an instinctive take in front of his face. Rarely if ever has one hand produced such satisfaction. Indeed he should have had the key wicket.

What if there were no counterfactuals? English supporters might complain that they probably had Maxwell caught off Rashid on 53. One of the many things technology has made worse is the problem of the contentious catch taken down low. Video replays time and time again produce inconclusive results as to whether the ball hit the ground, with the benefit of the doubt going to the batsman.

In his post-match interview, England captain Eoin Morgan stated that there was ‘no solution’ to the problem of contested catches. I don’t think it’s the gripe of the defeated to argue that there is actually a solution, and that solution is to ask the catcher. Fielders know when they’ve caught the ball fairly, and the potential for incorrect dismissals under this system (from lying or mistaken players) would be greatly outweighed by correct dismissals currently not given because of inconclusive TV evidence. The game is too weighted in favour of the batsman as it is.

Chris Jordan and Tom Curran both failed to impress as the change bowlers, allowing Short and Maxwell to build a partnership and take the enthusiasm out of the visitors. In the context of the tournament — but who really cares about these mini-series? — the victory has cemented Australian dominance.

The two sides meet again in Melbourne on Saturday, in a match that one would imagine England need to win to stay in contention. They will need stronger performances from their change bowlers and a bit more grit in their batting if they are to do so.