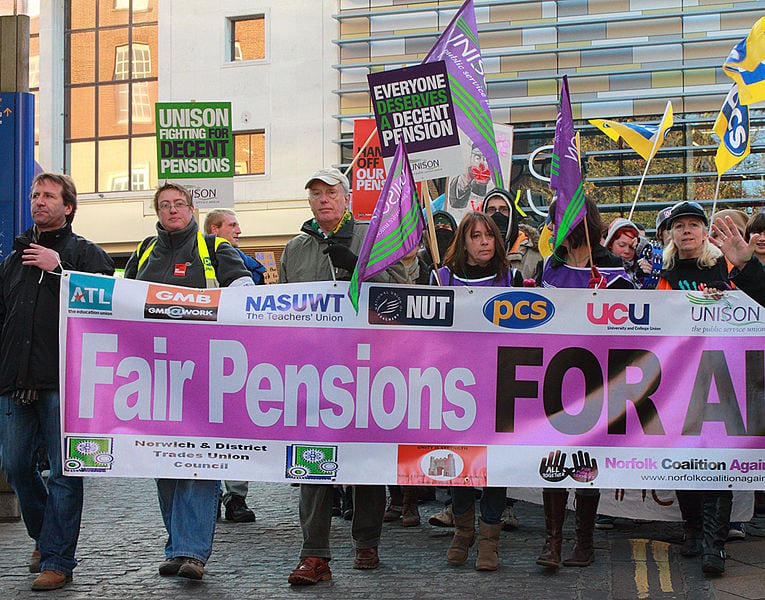 Manchester University students are demanding refunds for the possible cancellation of three weeks’ worth of classes, when teaching staff are going on strike.

The Universities and Colleges Union (UCU) are planning to take strike action starting on Thursday the 22nd of February through to Friday the 16th of March, across 61 universities.

The UCU voted to take strike action on Monday the 22nd of January after talks with Universities UK (UUK) over the future of staff pensions ended without an agreement. An open letter authored by University of Manchester students states: “we demand that the University negotiate with the UCU and staff on strike, or pay each student a full refund for the contact time missed.”

The open letter claims if the strikes go ahead, the lost contact time for home students will be worth approximately £1200 in paid tuition and up to £2000 for international students.

The letter, written by student representatives for the English Literature course, has gained 316 signatures in 24 hours.

Another petition is demanding “a minimum of £300 of compensation for every student who loses contact time due to the upcoming strike action,” which 517 students signed within 24 hours of going live.

A university spokesperson responded to the students’ refund requests by stating: “since we charge a composite fee for our courses, we cannot reimburse for specific elements of missed teaching and assessment.”

Multiple students told The Mancunion they are sending emails directly to relevant university figures to insist upon personal refunds.

“I’m paying to get an education, not to have to teach myself all the material,” one student said.

“I was finally beginning to enjoy my lectures and now I’m stressed about failing this year because I’m not getting the support I need.”

“How can one be in support of the strike but then demand financial compensation, an action which directly undermines those that are striking? Maybe those in support of this [petition] should redirect their efforts towards reverting the commodification of uni education.”

Louisa Rae Reddin, a third year Philosophy and Politics student, lobbied students to show their support for the UCU’s strike to the university. She wrote in a Facebook post: “The fault lies with university management, who have failed to properly negotiate with the UCU, and have ignored previous shorter strikes by the UCU.”

88 per cent of UCU members voted to back the strike action, which will disrupt all Russell Group universities established before 1992. At Manchester University, 90 percent of members backed strike action.

The student representatives’ open letter also berates the University management: “The fact that our tutors have to resort to such drastic action suggests a complete disregard for their interests and highlights the bureaucratic nature of management.

“We completely support their right to strike.”

Cara Thompson, who is currently studying on a semester abroad, says she is “livid” on behalf of her former teachers and course mates. “This is the second time in two years our department’s experienced strikes as a result of staff dissatisfaction/injustices, and I feel like the UoM big dogs need to realise when they fail UoM staff they’re simultaneously failing UoM students too.”

Manchester Central MP Lucy Powell showed her support for the UCU strikes by cancelling a lecture she planned to deliver at the University of Manchester on Thursday the 22nd of February, the first day UCU members go on strike.

UCU general secretary Sally Hunt responded: “We welcome Lucy Powell’s decision to cancel her appearance at the University of Manchester as a show of support for striking staff.

“This is yet another disruption to university life which could be avoided if the employers step back from their damaging proposals. It’s time Universities UK listened to the many voices urging them to commit to meaningful negotiations.”

Some students, however, refused to support the UCU’s actions.

First year Caleb McCulloch said: “The fault lies with the UCU, which has failed to properly negotiate with university management and has already harmed our studies with previous shorter strikes.”

Second year Jasmine Ketch-Neumann expressed concern that the strikes will “alienate and anger the students who would otherwise be standing with their tutors.

“While I have the greatest respect for all my lecturers and will always defend their right to fair pay and pension, I sincerely hope this strike is called off.”

Certain groups of students feel particularly targeted through strike action. Language students complained that missing oral classes would hugely impact on their grades, and added to their anger at their teachers’ jobs “already being threatened.”

International students are also outraged at the potential three weeks of lost contact time. Hana Jafar, a student representative, emailed Vice-Chancellor Dame Nancy Rothwell directly, stating: “It is abhorrent that someone who is paying £15,500 a year should have to miss such a substantial chunk of valuable contact time.”

A University spokesperson sought to reassure students: “It is the University’s intention to endeavour to maintain normal operations during industrial action in order to safeguard the interests of our students.

“At this stage we do not know what the impacts of the strike will be as those on strike only need to inform us after they have taken strike action. However we are seeking to contain any disruption as best we can.

“We will therefore consider the impact and consequences of the industrial action for each student retrospectively and take any necessary corrective action where possible.

“Further information will be communicated to students as it becomes available.”