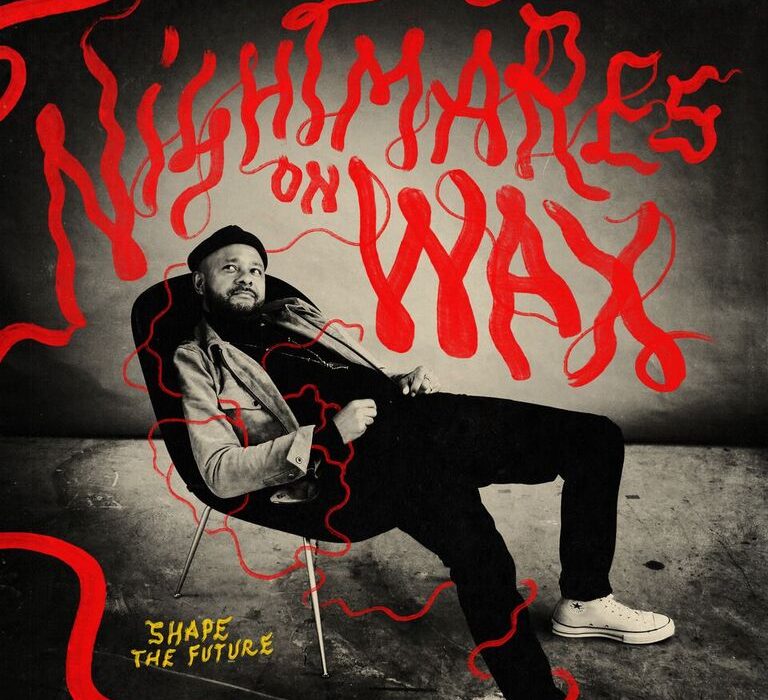 To celebrate the highly anticipated release of the new Nightmares On Wax (AKA, George Evelyn) album, Shape The Future — his first studio album in half a decade — a new video for the album’s title track has been revealed.

The song is especially poignant as it features George Evelyn on vocals, something of a rarity throughout his 25-year career. The marriage of soul, hip-hop, dub, and timeless club sounds that Nightmares On Wax has been mutating and perfecting for years, finds perhaps its most fluid form yet on this album.

Energised by globetrotting runs of studio sessions and DJ sets, this latest salvo is a masterpiece of contemporary and classic genre-blending, that solidifies his place as an inspirational electronic music figurehead.

So, you’re back with your first album in five years — why the break from the making music?

I don’t think I really have had a break. For the last few years, I’ve been touring America and Europe and did the 25th Anniversary tour too. I was always making music, so I don’t feel as if I’ve been away.

How have you seen the electronic scene change?

I’ve definitely seen it evolve far and wide across the globe. I was at a dance festival recently and outside on the street were some female DJs outside an art gallery, and I just thought ‘wow, that would never have happened even five years ago, let alone ten’. Obviously, the underground scene still exists — there will always be an underground and overground scene — but electronic music has made it far more into the mainstream.

Has it been a different process for you making this record?

I find that every record is different and this one evolved over time. I always make music sporadically and an album seems to come together when a collection of songs start to have coherence; start to have a story or a message through them. This album was influenced by a lot of different parts of the world and it was definitely deep and enriching, but also very challenging.

Shape The Future is out now – how does this album compare to older material?

So, you’re back on tour as we speak. How does it feel to be getting back on the road in the UK?

Well, the UK tour is completely sold out which is amazing. We’ve headed to Brighton and London and then we’re heading to my hometown Leeds, Manchester, etc. I think Leeds is special because I have such a strong affiliation with that place, and I’ll see old friends, but the best part is seeing younger fans get into my music, and that’s everywhere, not just Leeds. Seeing a younger crowd get into the music their parents listened to is really nice.

You’ve had a long career — what’s been a particular highlight?

Gosh… I think just the mental scenarios I find myself in, and it’s music that got me to those places. You know, going to places like Jordan, Beirut, Sri Lanka, Beijing. It’s music that’s allowed me to go there. I couldn’t narrow it down to one particular gig, but I think just the travelling and the gratitude I have for that.

Who is your biggest musical influence?

Most of my original influences were the old school stuff. The first records I collected were probably Scientist, the 1970s producer. More broadly, I love Quincy Jones, who just covered so many decades and crossed over so many genres. He was a big influence. My personal influence would be just the adventure of travelling and how that expands my perception of the world.

I’m going to give a shoutout to Acid Mondays who are making some amazing electronic music. Also, Illa Jay’s Home I’m a big fan of, and a group called Bon Voyage who are making hip-house. That’s all I can think of off the top of my head!