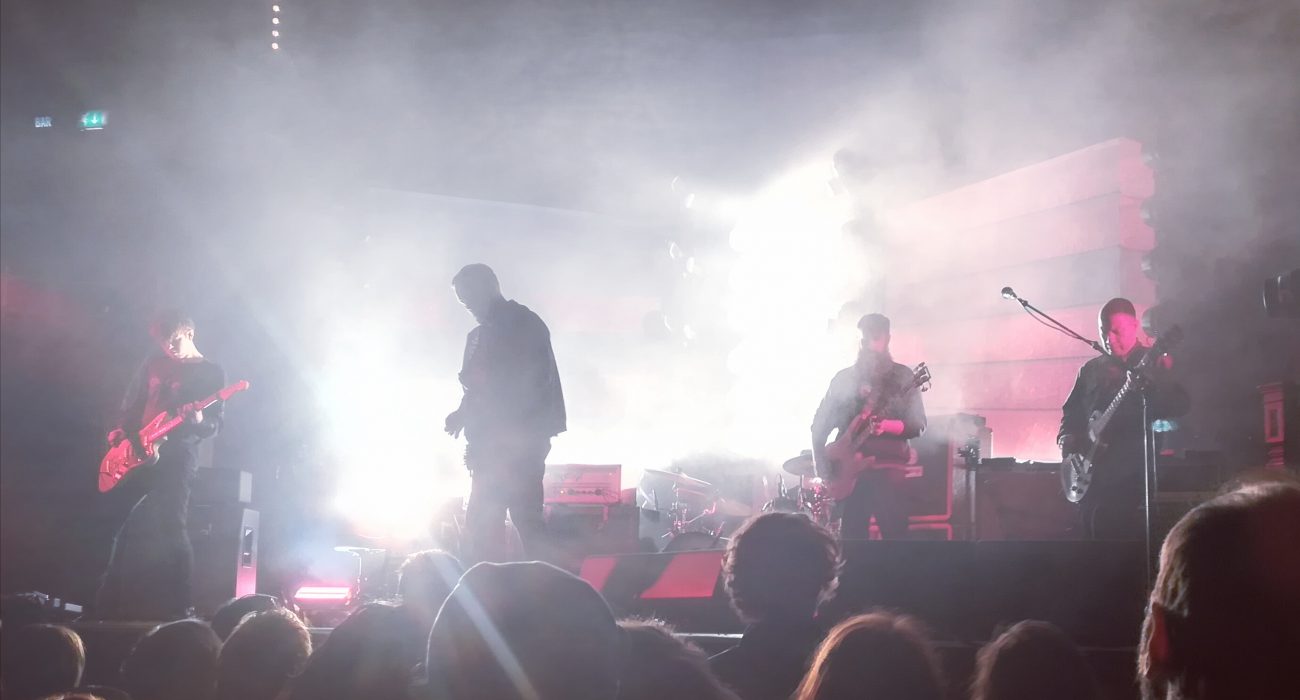 In the case of most live gigs, even a rookie fan has a pretty good idea of the sort of show they’re going to get. Based on the band, genre, and the handful of singles you’ve heard, predicting a performance is usually straightforward. Not so with Mogwai. In a 20 year career that spans albums, soundtracks, and EPs, I found it impossible to assert any expectations about how the Scottish post-rock giants would fare in a live environment. Suffice to say, I was surprised.

Not so much by the musicality of the show, as that was inevitable. Mogwai over the decades have demonstrated an expert textural dexterity, camouflaging themselves well with a variety of instrumental staples whilst keeping their own special formula very much in tact. Instead, I was taken aback by the brutality, the ferocity, the severity of the band’s live performance.

Opening with the swirling aggression of ‘Hunted By A Freak’, Mogwai made one thing very clear from the moment they introduced themselves, stating bluntly, “We are Mogwai from Glasgow”: tonight was going to be heavy, direct, uncompromising.

The sheer force with which the guitars and synths blasted from the speakers was enough to dislodge a rib cage. In moments such as the unrelenting cyclical ‘Rano Pano’, the sheer wall of sound was suffocating, though not in a bad way. There’s something very primal and very satisfying about four blokes thrashing as hard as they fucking can on guitars for two hours straight.

And yet proceedings remained weirdly hypnotic. The looping, repetitive nature of Mogwai’s material, the way it builds layers upon layers like a deranged infinite cheesecake is immensely captivating. No matter how heavy it got, the mood was oddly calm.

However, the unstoppable object of Mogwai’s distortion did, after a while, grate a little. The set lacked variety, there was little room for the band’s tense quiet moments amidst the pure ecstasy of thick grunge, which made the show occasionally feel flat. That’s not to say the subtlety was lost completely, but the set list needed more hills and valleys to both punctuate the really loud stuff, and give the audience a bit of an emotional tug.

Having said that, the fiery set list seemed to go down well, so perhaps it’s a matter of preference. What’s more, the band was a joy visually, silhouetted against illuminated pirate sails inter cut with bright flashes of light. And the drums, oh my. The drumming was the rumble of God’s martini shaker, utterly filthy, hugely entertaining.

As I look back on the evening, I’ll admit I wasn’t expecting a musically formidable thrash fest from Mogwai, but that’s what I got. And it was for the most part formidably enjoyable.