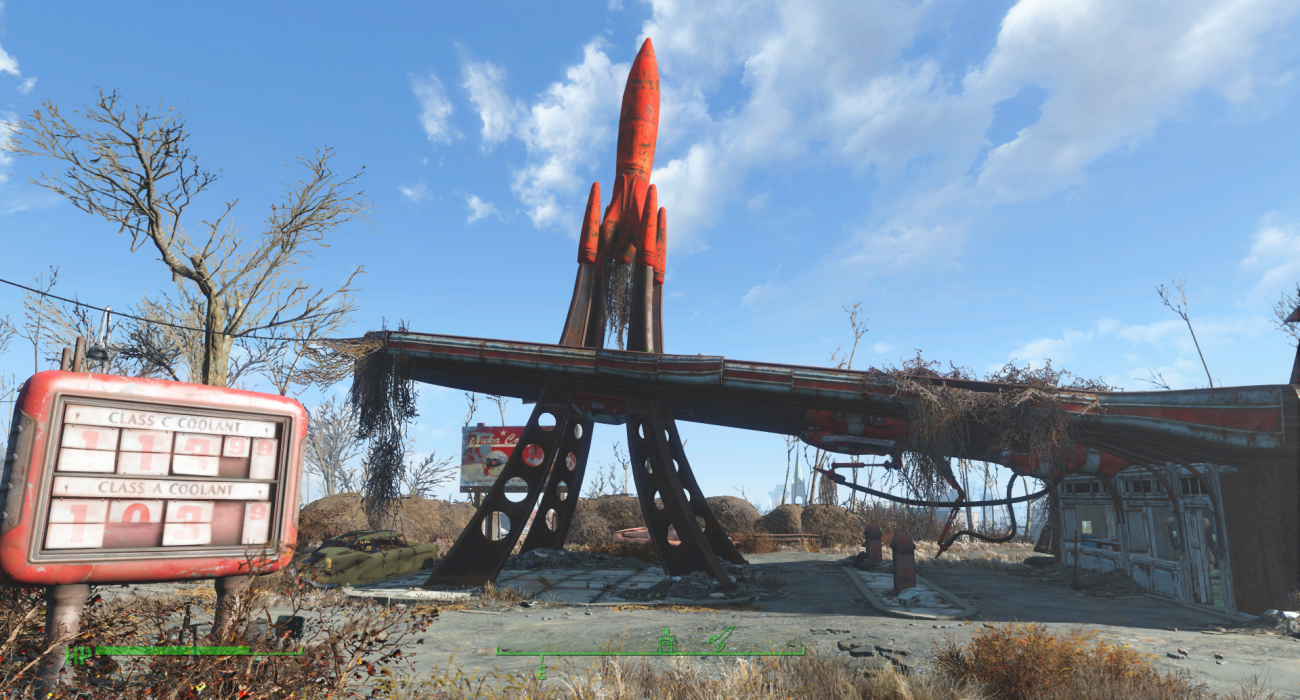 Starfield’s elevator pitch of “Elder Scrolls in space” has garnered a surprising amount of excitement from the gaming community — especially considering that not a single world about the game has escaped Bethesda’s lips yet.

The prospect of Starfield is perhaps so appealing because it’s Bethesda Game Studios’ first non-Fallout and non-Elder Scrolls game — unless we’re counting IHRA Professional Drag Racing 2005 which, I think it’s fair to say, we aren’t.

There have been a lot of rumours and speculation about Starfield, so what follows is a summary of what we know so far, what we think we know, and when we can expect to see more from Bethesda’s next big title.

Now, covering what we know for certain about Starfield is pretty straightforward, owing to the fact that the only concrete evidence we have of its existence is a trademark registered by Bethesda back in 2013, and renewed in 2016. From this, we only know for certain that there is indeed an upcoming Bethesda game called Starfield, and that it has been in development since 2013, even if just at the conceptual level.

This info naturally sparked interest over the years, but with nothing else to go on, no meaningful speculations could be made about the project. Fortunately for us, then, someone purporting to be a Bethesda employee was willing to anonymously spill details in the run-up to E3 2017.

Bethesda’s would-be Judas, who posted under the pseudonym Salulard on 4chan, gave copious amounts of detail about upcoming Bethesda projects, including Starfield and Elder Scrolls VI,  and even claimed that the company was developing a Game of Thrones title in partnership with HBO.

These highly-detailed leaks were relatively convincing, but ultimately meaningless without any proof to corroborate them. This is why the information Salulard provided about Bethesda’s E3 2017 show is of such interest:

Speaking of Bethesda’s E3 show, Salulard stated that “the two major announcements are Fallout 4 VR and Starfield,” adding, “they are working on Skyrim VR as well but they aren’t sure if they are going to show it yet since they don’t want to take the light away from Fallout 4 VR or Starfield.”

Starfield, of course, was not announced during Bethesda’s show – a fact which alone would have unequivocally proven Salulard is simply a troll who delights in fuelling the rumour-mill. However, both Fallout 4 VR and Skyrim VR were indeed shown during the conference, so it would be unwise to completely dismiss this ostensible leak just yet.

It gets really interesting when we take a look at the strange background Bethesda chose for their presentation; a starry theme with no ties to the actual content of their E3 show.

If we do take this as confirmation that Starfield was intended to be shown at E3 last year, the question that must be asked is: why did they change their mind?

It could be that Bethesda wanted to discredit Salulard, devaluing all of the information he provided by rendering one key part of it incorrect. This would make sense; Salulard went as far as laying out Bethesda Game Studios’ rough release plan all the way to 2030. If the leak was genuine, this completely robs the company of any surprise marketing campaigns for well over a decade.

As for when we’ll now get to see Starfield, E3 2018 would be a good bet. Fallout 4 was announced at E3 2015 and released that same year, and since this E3 reveal and same-year release schedule was allegedly also the plan for Starfield last year, it could be that Bethesda will simply repeat the process in 2018.

Again, this is all speculation. Speculation based on a somewhat reliable source that has many convinced, but speculation all the same.

Disclaimers aside, if we do see Starfield in 2018, and Salulard is vindicated by correctly predicting its details, the rest of his rather outlandish claims including a Bethesda Game of Thrones title in 2020 will suddenly become very, very interesting indeed.