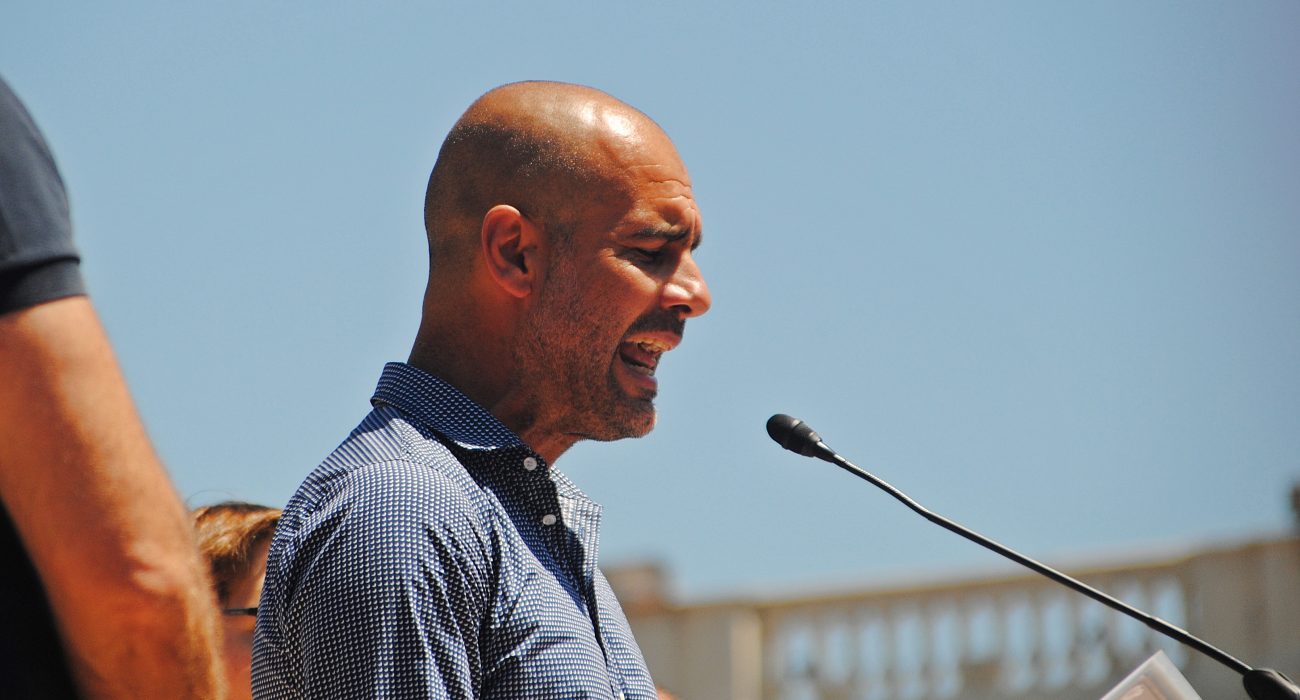 Pep Guardiola, a yellow ribbon, and a can of worms

As the dust settled on City’s Carabao Cup win, one question in Pep Guardiola’s post-match press conference caught the attention.

The press conference in itself was quite extraordinary. After the customary thanking the owners, fans, players etc., Guardiola used the occasion to talk Catalan politics: “Before I am a manager, I am a human being. I think England knows very well what that means. You did the Brexit. You let the people make an opinion. You allowed Scotland to make a referendum about if they want to stay or not and the people voted. That is what they are asking (for in Catalonia). Then they are in prevention jail right now.”

This particular statement opens up a can of worms that delves into Guardiola’s past. He makes no secret that he is an advocate of a Catalan referendum and that he favours independence. Making it very clear he believes in the right to vote.

The FA fine was handed to him after a continual refusal not to wear a yellow ribbon in support of the Catalan politicians who have been imprisoned after the referendum late last year. The FA is against any symbol that could be seen as political and have in the passed handed out similar fines for political gestures. Guardiola wearing the ribbon is indeed political.

So far everything all seems reasonable for a proud Catalan to peacefully protest via the medium of a yellow ribbon but the criticism into the subject comes from digging into the past of Guardiola’s current employers. Guardiola opened his press conference by thanking Sheikh Mansour bin Zayed Al Nahyan, the owner of Manchester City, who is also a member of the ruling family of Abu Dhabi.

Abu Dhabi is the capital of the United Arab Emirates and the UAE has come under regular fire from the likes of Amnesty International for their less than adequate protection of human rights. Amnesty International states: “the authorities continued to arbitrarily restrict freedoms of expression and association, using criminal defamation and anti-terrorism laws to detain, prosecute, convict and imprison government critics and a prominent human rights defender.

“Scores of people, including prisoners of conscience, who were sentenced following unfair trials remained in prison. Authorities held detainees in conditions that could amount to torture and failed to investigate allegations of torture made in previous years. Women continued to face discrimination in law and in practice. Migrant workers remained vulnerable to exploitation and abuse. Courts continued to hand down death sentences; there was one execution.”

This questionable background of City’s owners has left many with a bitter taste in their mouth when reading Guardiola’s Catalan comments. The question in the press conference that was of most interest was not about the game nor about Catalonia but instead about how Guardiola can reconcile his views on Catalan democratic freedom and similar rights issues in the UAE.

“Every country decides the way they want to live for themselves. If he decides to live in that (country) it is what it is. I am in a country with democracy installed since years ago and try to protect that situation.”

It is a meek response and not one answered with the passion delivered when fielding questions about Catalonia. Guardiola himself also has links with Qatar having been an ambassador for their World Cup bid ten years ago. Since then, revelations have come out about deplorable working conditions for the stadium builders and the large number of deaths due to being forced to work in extreme heat. But, Guardiola has not come out and condemned these acts.

As is the case in football, the City fans have rallied to their manager’s side. Fans were given yellow ribbons on their way into Wembley in an act of solidarity with their manager. It takes a strong football fan to take a step back and criticise their own manager for past indiscretions, especially when that manager is a successful one.

It is of course no means Guardiola’s job to be football’s moral compass but when you preach about freedom and democratic rights in one country, you can be sure your dealings in another will be brought to the table.