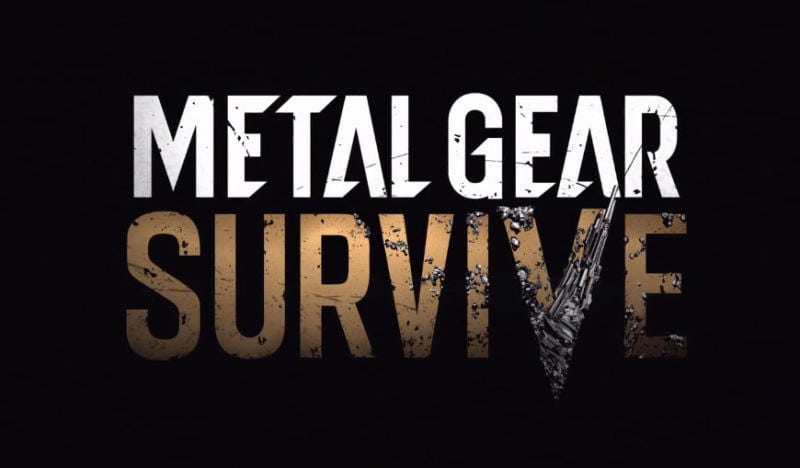 As a fan of the Metal Gear series, survival-horror is the last place I expected Konami to take the series.

The story goes that immediately after the end of Metal Gear Solid V: Ground Zeroes – in which XOF destroy the first Mother Base – a wormhole opens and sucks you into a parallel world called Dite, a boring and uninspiring wasteland populated by zombies called Wanderers that have strange crystals forming where their heads should be.

You’re saved and advised by Laurence Fishburne, oddly enough, who helps you survive. Metal Gear is no stranger to the paranormal, so the story didn’t feel too out of place, though was certainly less engaging than any other game in the series, and lacked the Kojima magic.

Image: Konami. He even makes a Matrix joke.

My biggest gripe with this game is the ludicrous AI. Picture the scene: I flee from an abandoned facility having retrieved valuable supplies, when a horde of grotesque Wanderers notice and chase me. They’re hot on my heels, and I’m equipped with nothing but a crude spear.

‘What will I do, there’s too many to take on at once!’, I thought. And then I remember. I turn around, construct a thin wire fence between me and them, and poke them through the fence in the face until they die.

One clever chap realised he could simply walk around the fence to get to my tasty flesh, but his friends didn’t quite get the memo. Perhaps I’m being too harsh; they are zombies with crystals instead of brains, after all. But even so, this seems silly.

Otherwise, the combat is decent overall. The shooting mechanics are the same as in Metal Gear Solid V, so are tight, but ammo is rarer, and it’s tougher to headshot a shambling Wanderer than a soldier. The melee combat is clunky though. Close quarters weaponry such as crafted spearsand machetes are invaluable tools due to their low crafting requirements and decent damage but fighting with them is awkward and repetitive. Poking faces through fences is, as far as I can see, the safest and most effective way to fight these guys up close, which gets dreadfully boring.

Let’s talk about stealth. Stealth is a fundamental aspect of the series and does play a part in Metal Gear Survive. In some places, there are very large hordes of Wanderers that are nigh on impossible to fight alone (unless you have a fence, of course), in which case it is recommended you sneak around. Except, Konami made the baffling decision to make crawling consume stamina, so you can only move while prone for a short amount of time. In fact, slowly crawling along the ground uses more stamina than running! This makes stealth disproportionately difficult.

It’s important to remember this game is a survival game — apparently. Konami themselves stress this is a survival game like any other, meaning you must manage your hunger and thirst. The issue is I can’t think of any game where you become thirsty and hungry so quickly. It felt like I spent a lot more time searching for food and water than in other survival games, despite being in relatively less demanding circumstances.

I did, however, enjoy the material scavenging aspect of the game. I enjoyed picking up and hoarding anything and everything I found and managing my stockpile of garbage. These materials could be used in crafting, repairing, or upgrading your weapons, gadgets, and base fortifications. The base building is also surprisingly deep, and watching it grow larger and more impenetrable is rewarding.

It’s not as comprehensive as other survival games with base building; ARK: Survival Evolved and Subnautica have freeform base building, whereas in this you’re locked into grids within a large square, which means you have less freedom. It’s by no means a great base building system, but it’s more than I expected from this game, and gave something to work towards. If you like resource grinding like me, you’ll enjoy this aspect of the game, but if not, it’ll likely be tedious for you.

It wouldn’t be 2018 if there weren’t microtransactions, and Metal Gear Survive takes them to a new level. If you want to have multiple save slots, you must purchase 1150 ‘SV Coins’ for £7.99. I honestly couldn’t believe my eyes when I saw this – It’s awful that Konami feel they can charge the consumer for a service as simple as having multiple saved games – nearly every game ever has offered for free.

On the bright side, there are a couple things that I enjoyed. It runs on the FOX Engine, which is smooth as butter and looks good too. The addition of co-op is a touch I dearly wish they had implemented in Metal Gear Solid V: The Phantom Pain, so it’s nice that this game has it. The problem is I have no friends who own or are willing to buy this game — though I don’t blame them.

Regardless, I think this game is probably a good laugh in co-op and a great deal more fun than it was alone. I also found that getting spotted by a horde of Wanderers was genuinely scary and would give me a hit of adrenaline. The areas covered by ‘the Dust’ — a poisonous cloud covering parts of the map — had a suspenseful, creepy atmosphere, as well as some of the more desirable weapon and gadget schematics. Limited visibility in these regions mean it’s easy to accidentally stumble into a stray Wanderer or even worse, a horde, and these were thrilling moments.

It’s just a shame that all it takes to defeat these creatures is a fence. Areas in the Dust are the only places that feel like a survival game should.

Metal Gear Survive is ultimately the result of some questionable design choices culminating in a very confused game, which is emphasised by all the internal references idolising Hideo Kojima and slating Konami. This internal conflict comes across loud and clear: it tries to be a survival-horror without sacrificing the classic ‘tactical espionage action’ of the franchise but doesn’t quite pull it off.

It has its moments of genuine fear and anticipation, as well as a co-op mode which probably makes the game better, but the repetitive and clumsy melee combat, a strange stamina system, and possibly the most outrageous microtransaction model to date make this game hard to recommend.

In the end, playing this game made me want to do two things: go back to MGSV: TPP, and play better survival games such as Subnautica or The Long Dark. 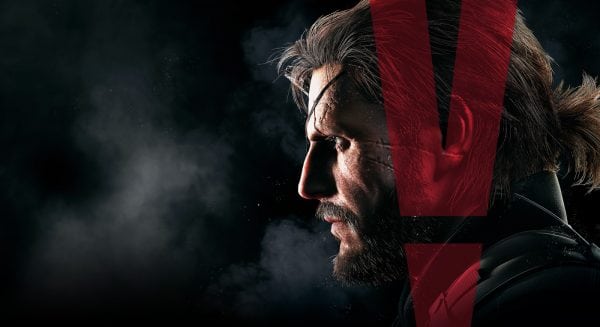 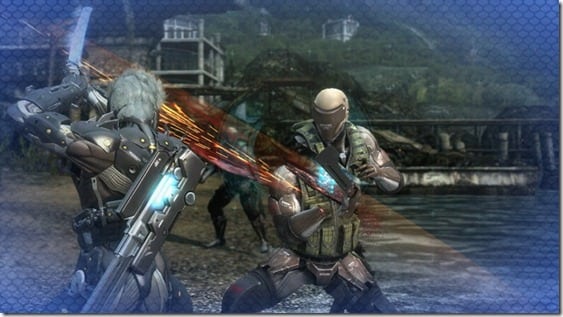