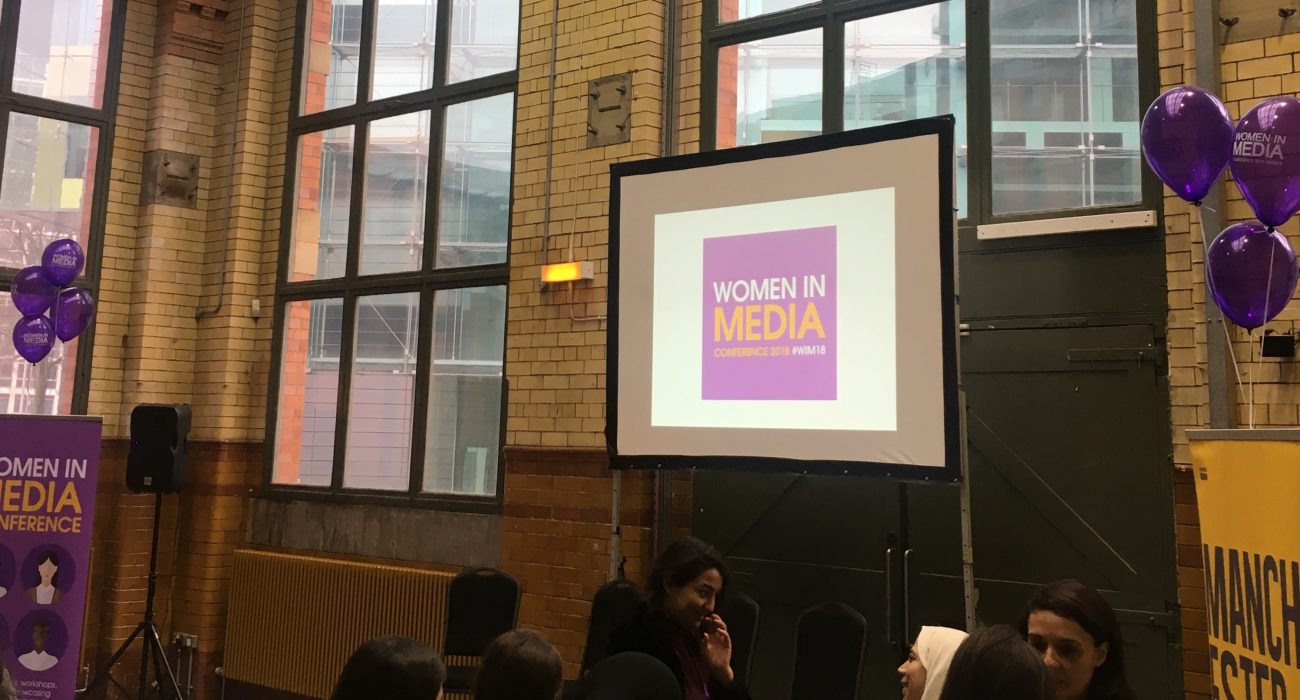 The third annual Women in Media conference took place at The People’s History Museum in Manchester at the start of March, attended by hundreds of guests and raising thousands of pounds for charity.

The conference is run each year by an all-female team organised and run by the Manchester Media Group of the University of Manchester’s Students’ Union. The two-day event featured a variety of topics and speakers including radio workshops, tackling sexual harassment in the media industry and reporting on the Winter Olympics.

The conference worked to celebrate women in the media industry, passing on knowledge from one generation to the next.

One of the first talks on the Saturday, ‘Northern PowerWomen’, highlighted the under-representation of women in the media industry. Keynote speaker Kirsty Styles noted that despite some advances there are “still things that have yet to come out in the wash”.

The panel went on to advise fellow female journalists on how to rectify or combat this gender disparity. Despite battling a poor Skype connection, Emma Houlton, founder of her own company ‘Art of Podcast’, gave the advice that aspiring journalists should “be tenacious with people”. She argued that aspiring women in media should not “sit there stagnating, waiting for the next thing” and as the other key speakers reiterated, Emma advocated that women start their own works and use their initiative.

Although the conference is primarily aimed at women, there were multiple males in attendance, and several speakers addressed the ways in which men are also negatively affected by gender issues in the workplace. MP for Wigan, Lisa Nandy, discussed how in many ways men’s “right to family life was not respected” in the workplace, as men are often expected to work later hours preventing them from participating in family life, as it is assumed there is a woman to look after the children. “It does none of us any favours to let this situation persist”, Nandy said.

In the wake of the #MeToo movement, and the Westminster sexual harassment scandal, dealing with harassment within the media industry was a prominent topic of discussion.

One smaller workshop focused on raising awareness of what constitutes sexual harassment, and how to best deal with it in the workplace. With specific problems in the world of journalism such as informal meetings in other people’s houses and the high percentage of men in senior posts, advice such as making a paper trail when harassment does occur, and reporting harassers to unions if nothing is done by the company were discussed.

The smaller talk also advertised ‘The Second Source’, a group of women in journalism who provide advice and offer support to other female journalists facing sexual harassment in the industry.

The ‘Women in Media’ conference 2018 saw all profits donated to MASH (Manchester Action on Street Health), a charity offering advice and support to women in the sex work industry. The charity offers help to women sex working in any capacity, offering free advice and confidential support as well as a ‘drop-in’ centre where women can visit a sexual health nurse and receive support on issues such as mental health and reporting crimes.

The smaller sexual harassment talk was very informative as one Salford graduate told The Mancunion that in regards to interviewing in someone else’s home she “wouldn’t have thought of that” and that “the dangers are unknown”. The other talks and the conference proved informative and successful, as a current third-year student at the University of Manchester told The Mancunion that this was her third time going to the conference and that it seemed to be going from “strength to strength.”

University of Manchester graduate Rebecca Allen reiterated this glowing testimonial, adding that “it being a local event was a big advantage.”